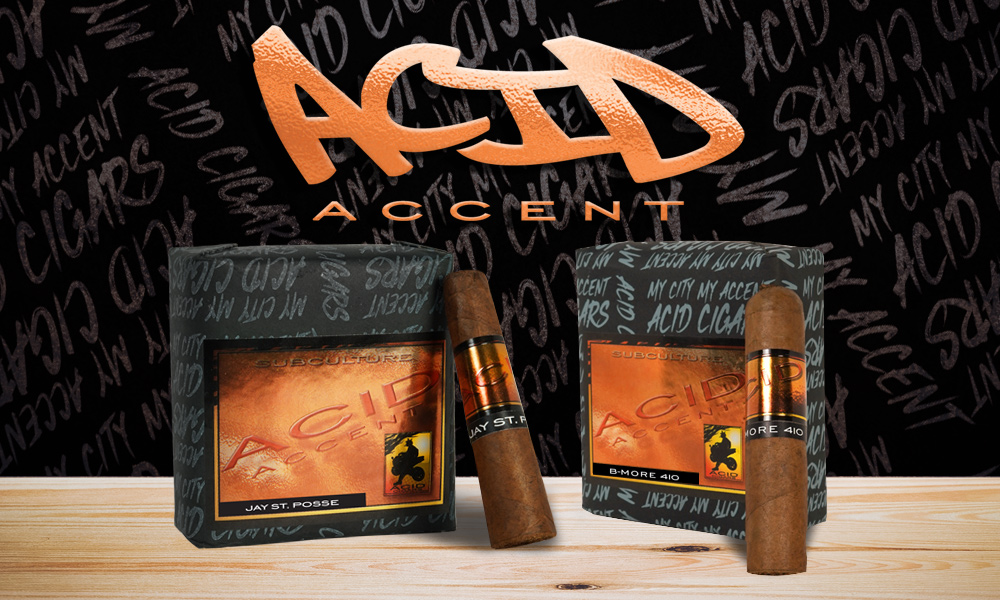 Today Drew Estate kicked off what is expected to be a series of announcements around its 2019 IPCPR (i.e #DEIPCPR). With 2019 being the 20th anniversary of the ACID brand, ACID is expected to have considerable attention from Drew Estate at this year’s trade show. Today, the company announced it will launch the ACID Accent collection, an ongoing series of regional exclusives available to Drew Diplomat retailers in specific regions. The company says the first two installments of the series are, “Jay Street Posse” and “B-More-410”.

Jay Street Posse will be an exclusive to the New York City metropolitan area (within a 50-mile radius). It’s a 4 1/2 figurado with a ring gauge ranging from 52 to 62. Jay Street is located in Brooklyn, New York and is where Drew Estate got started.The blend features a Sumatra wrapper over Nicaraguan binder and fillers. It will be available in 10-count soft pack bundles priced with an MSRP of $92.00.

Meanwhile B-More 410 is a 4 1/2 x 60 vitola that will be exclusive to Maryland Drew Diplomat retailers. This blend also features a Sumatra wrapper. It will also be available in 10-count soft pack bundles with an MSRP of $80.00. 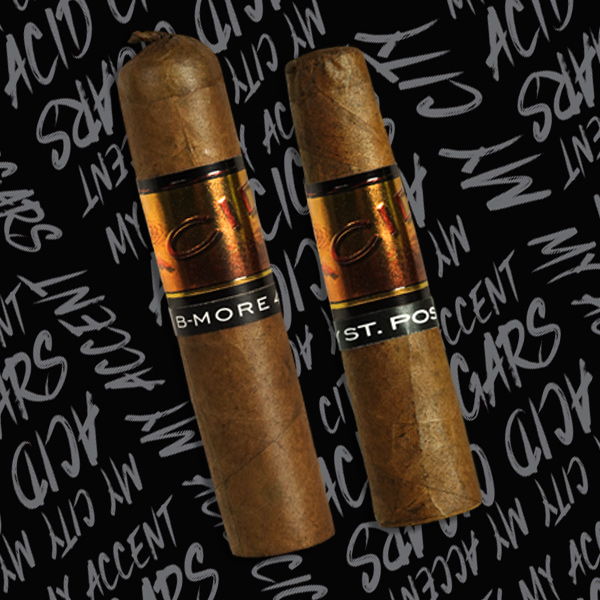 Jay Street Posse and B-More 410 are expected to ship in August to retailers in the regions. Additional ACID Accents are currently planned to be released in the second half of 2019. These include releases for Texas, California, Atlanta and Chicago.

In a press release Jonathan Drew, President and Founder of Drew Estate commented, “When we first introduced ACID Cigars, our challenge was having the retailers accept the brand into their stores because the industry was so extremely conservative. Now that ACID is truly a top performing brand nationwide, we look to honor those regional pockets of retailers with local exclusives that are truly bangers. The Cubans are really good at introducing excellent regional sticks, and I’ve always liked the approach. We want ours to be purposeful and speak to our roots.”

Both new lines will include a merchandising tray with initial shipments of both Accent releases to retailers.