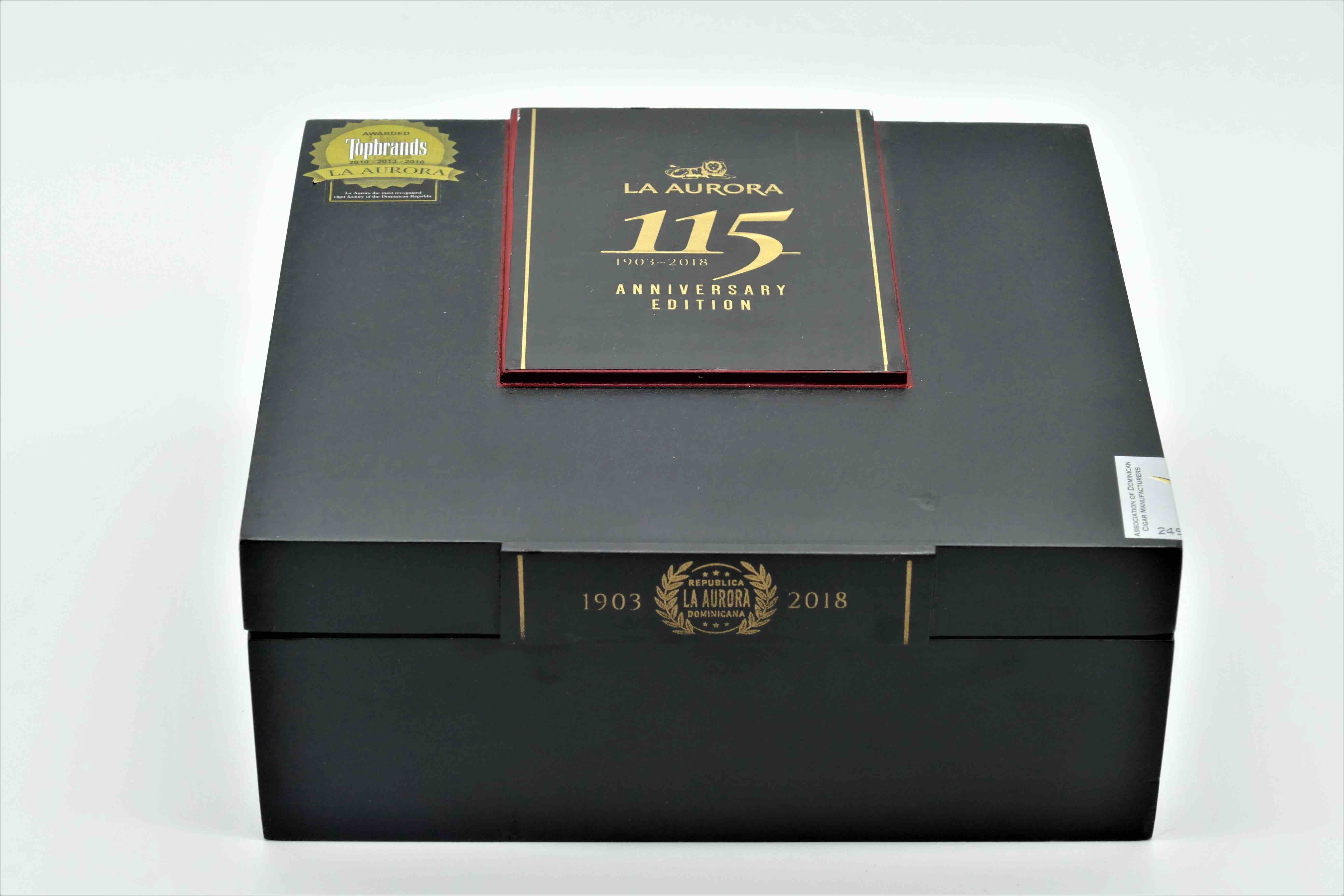 At the 2019 IPCPR Trade Show in Las Vegas, La Aurora Cigars will showcase a regular production line of the La Aurora 115th Anniversary Series. As the name indicates, it commemorates 115 years of operation of the La Aurora factory, the oldest operating factory in the Dominican Republic. 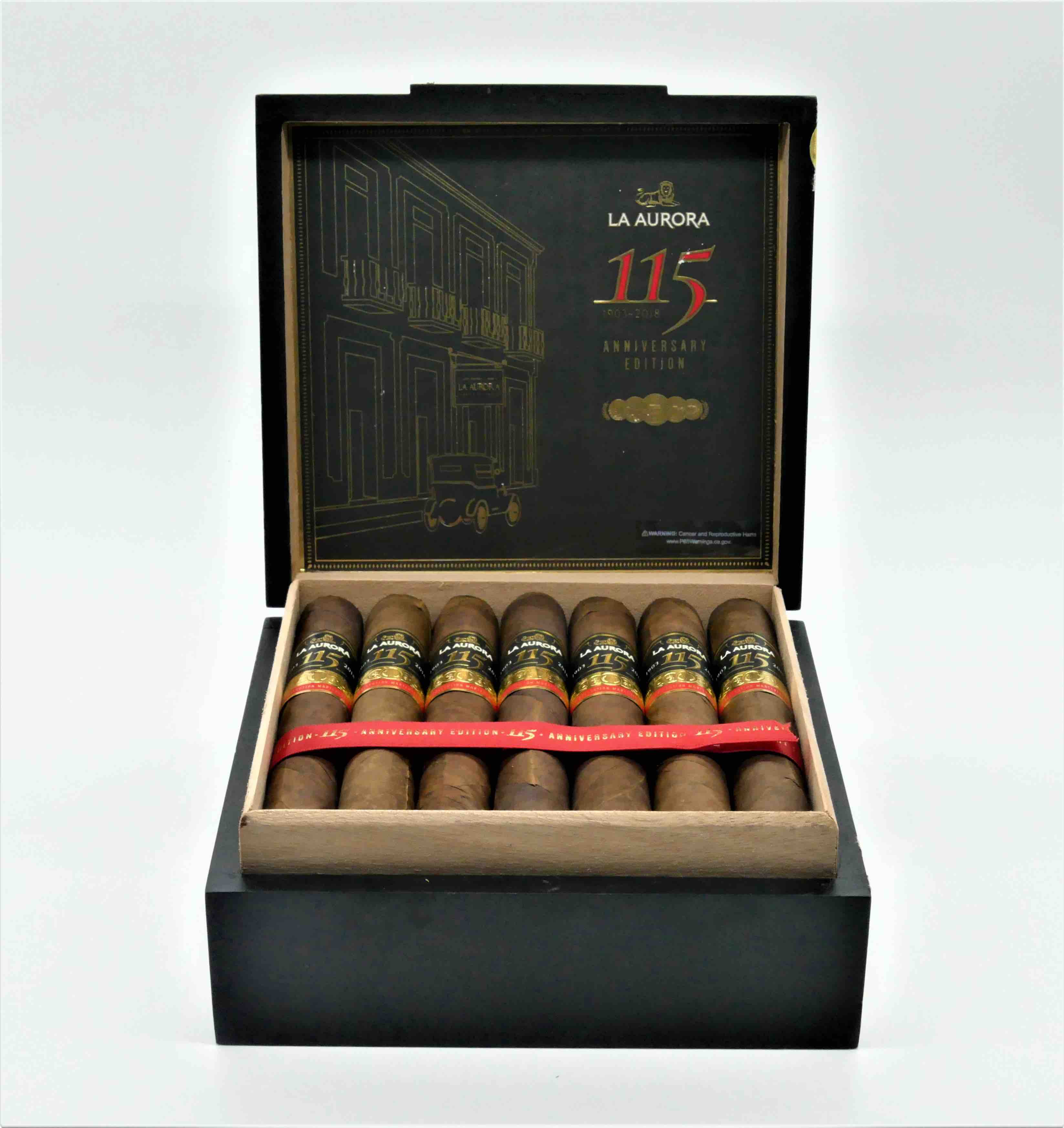 “We created 115th Anniversary to commemorate this very special occasion in the history of our company,” stated Guillermo Leon, La Aurora Cigars President in a press release. “Throughout our 115 years, we have held to the highest standards in cigar making and this commitment to excellence is at the very core of who we are. La Aurora 115th Anniversary is a standing ovation to the hard work and dedication of each and every member of the La Aurora family.”

“The 115th Anniversary Limited Edition was a great success for us and received extraordinary ratings,” added Jason Wood, Miami Cigar and Company Vice President. “We are confident that this 115th Anniversary full-production line will be received in a like manner. The blend is amazing, and another testimony to La Aurora’s commitment to extraordinary product. We are proud of our long-standing relationship with La Aurora and this release is yet another testimony to the amazing things of which they are capable. We know that our customers will be delighted by this cigar and simply can not wait to share it at the show.”

At a glance, here is a look at the La Aurora 115th Anniversary: