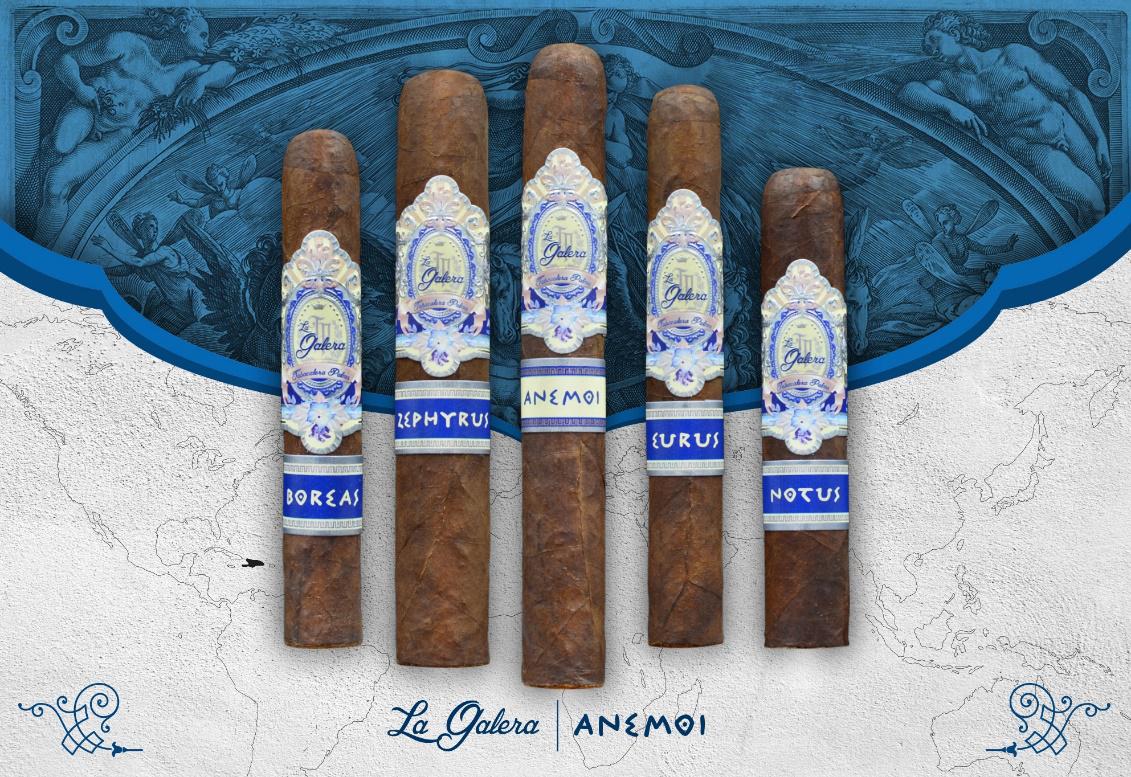 For the first time in three years, IndianHead Cigars will add a new blend under its La Galera brand. It’s called La Galera Anemoi (pronounced: A-nem-oy) and it pays homage to the winds that play a key role in growing tobacco. The cigars will make their debut at the 2019 IPCPR Trade Show scheduled to open in Las Vegas on June 29th, 2019.

La Galera Anemoi consists of five sizes. Four of them pay homage to the various Greek wind gods: Boreas (god of the north, 4 3/4 x 46), Notos (god of the south, 5 x 56), Eurus (god of the east, 5 1/2 x 48), and Zephyrus (god of the west, 6 x 60). The fifth, Anemoi, is the collective name of the Greek wind gods and measures 6 3/8 x 52. Each wind’s direction can help give an idea whether to expect a good crop or brace for a bad season – something that applies to tobacco growing in the Dominican Republic. The direction can also determine the best spaces to grow tobacco.

As for the blend, La Galera Anemoi features a Connecticut Broadleaf wrapper (the first used on the La Galera line), a Dominican Corojo binder from Jacagua, and a mix of Criollo ’98 and Piloto Cubano fillers from owner Jochy Blanco’s La Canela farm. La Galera notes the importance of the Corojo binder to the blender and decided to brand the tobacco Anemoi Corojo.

Each of the five sizes will be presented in 20-count boxes. IndianHead Cigars says Anemoi will be an ongoing production gated by the availability it has to the Broadleaf tobacco. The company also says the cigar will first be offered to its top retailers who have supported the brand from the beginning.

At a glance, here is a look at the La Galera Anemoi: