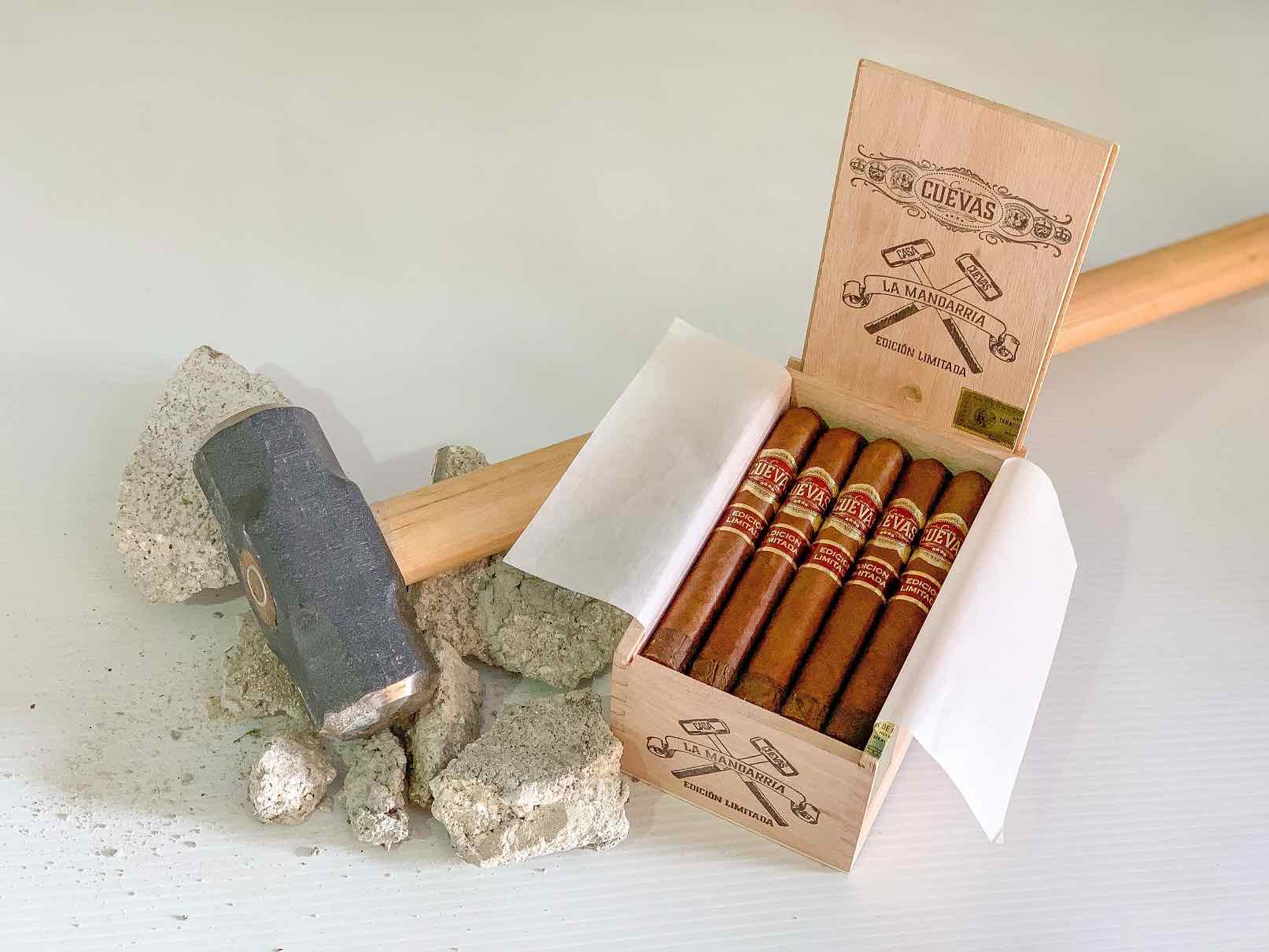 Casa Cuevas Cigars’ La Mandarria, a cigar that made its debut at the 2019 IPCPR Trade Show is now heading to retailers.

This year, the company was a victim of a well-publicized warehouse robbery. A sledgehammer (La Mandarria in Spanish) was used to break into the warehouse and over 25,000 of the Casa Cuevas brands which included the Casa Cuevas Limited Edition Flaco and Casa Cuevas core line of cigars were stolen. Following that crisis, the Cuevas family made a decision to forge ahead and mark an era where they faced and overcame adversity – thus La Mandarria was born.

Luis Cuevas Jr, President of Casa Cuevas Cigars, commented: “La Mandarria is a testament to the values that my father taught me as a child. He was a fighter who optimized the American dream. As a small cigar company, the robbery was an obstacle, but nothing he hasn’t been able to deal with in his storied past. The Mandarria represents the principal tool used against us, but also represents the strength and will of my father. We look forward to sharing “La Mandarria” with the public in Las Vegas at the 2019 IPCPR.”

La Mandarria is offered in one size – a 6 x 52 Toro. The cigar itself features an Ecuadorian Habano wrapper with a pig-tail and shaggy foot. It is described as the first full-bodied/full-strength cigar in the Casa Cuevas lineup. Pricing is set at $12.00 per cigar and production is limited to 500 20-count boxes.