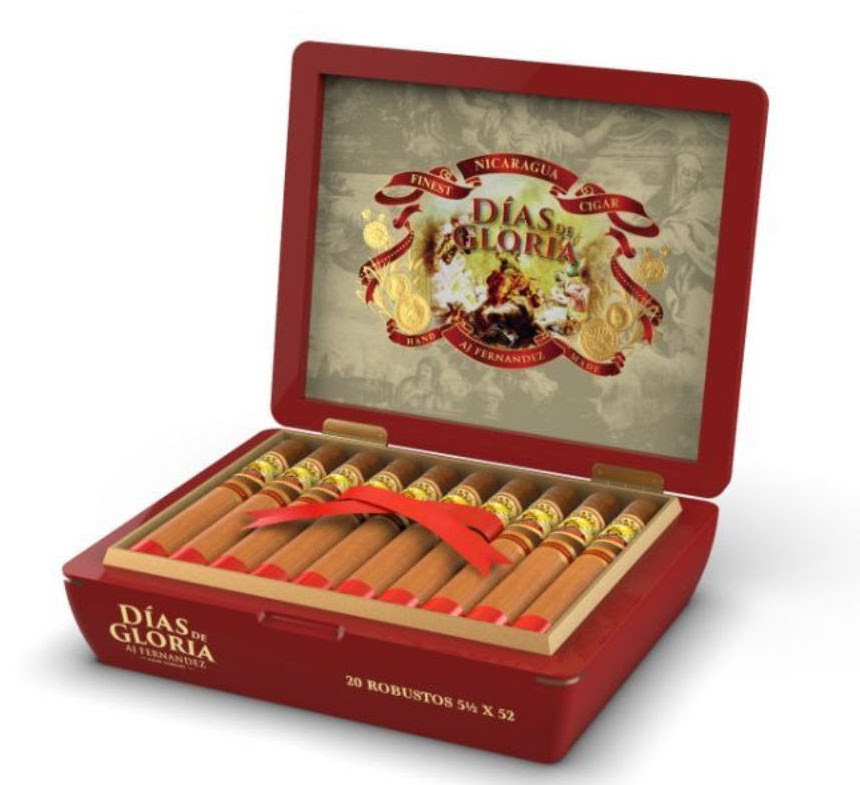 “These are the four oldest farms I own,” commented AJ Fernandez in a communication announcing Días de Gloria, “and I’ve been setting aside tobacco from each farm and aging it for years for this blend. I want everyone to enjoy it like the glory days of old Cuba”

Días de Gloria is available in four sizes, each presented in 20-count boxes.

At a glance, here is a look at the AJ Fernandez Días de Gloria:

For additional coverage of Días de Gloria, refer to our 2019 IPCPR Pre-Game Coverage on this cigar: