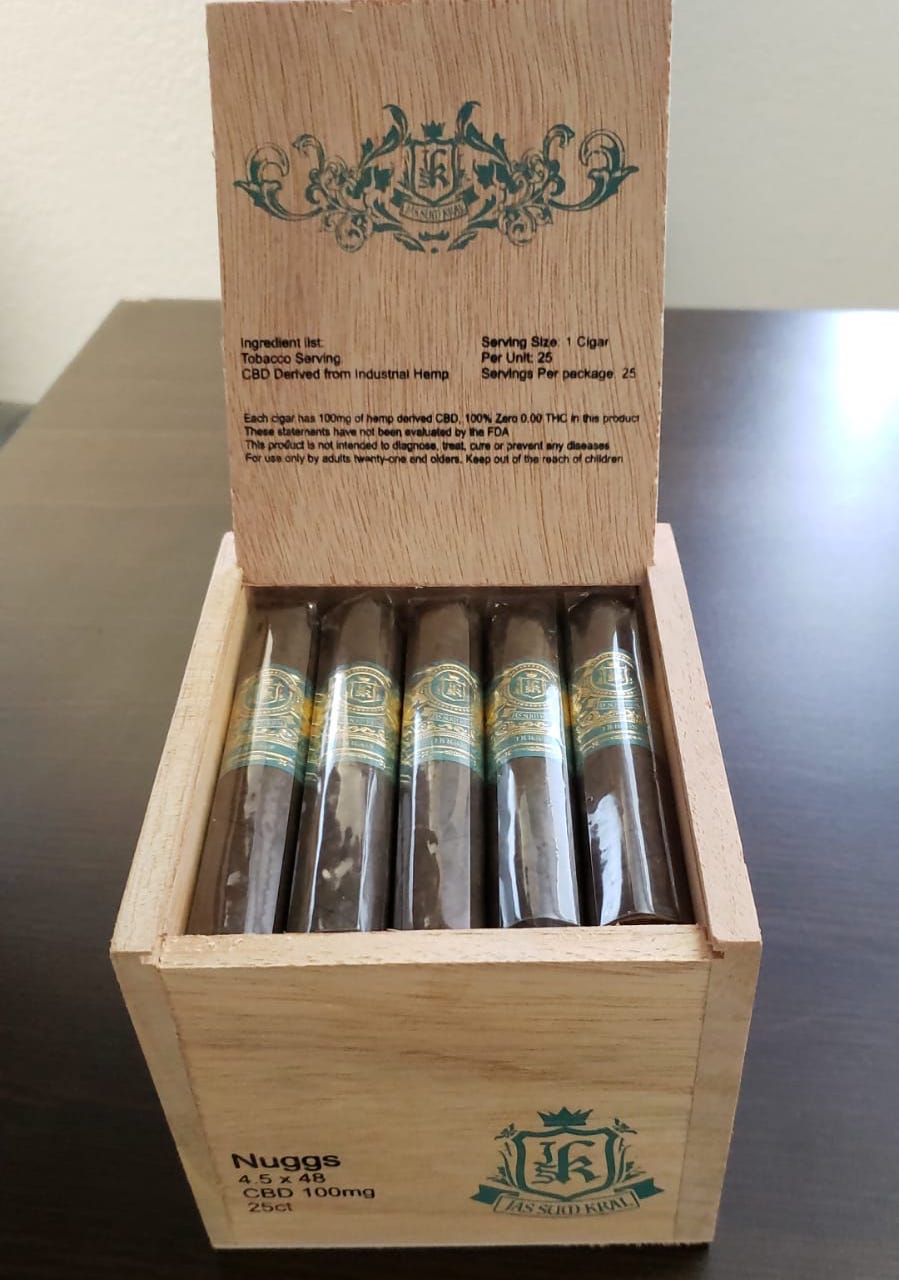 Jas Sum Kral (JSK) Cigars has announced the second installment of its Nuggs line, a line of cigars infused with CBD( Cannabidiol). This one is the maduro counterpart to the original JSK Nuggs Habano and it’s going to have 100mg of CBD infused in it.

The cigar itself features a Broadleaf Maduro over an Indonesian binder and a filler of Nicaraguan tobaccos. The cigar comes in one size – a 4 1/2 x 48 Short Robusto. The cigars are packaged in 25-counts and pricing is set at $24.00 MSRP.

The 100mg in the JSK Nuggs 100mg Maduro contains more CBD than the original Nuggs Habano which contained 20mg.

The cigars are targeted to ship to retailers next week.

At a glance, here is a look at the JSK Nuggs Maduro 100mg: