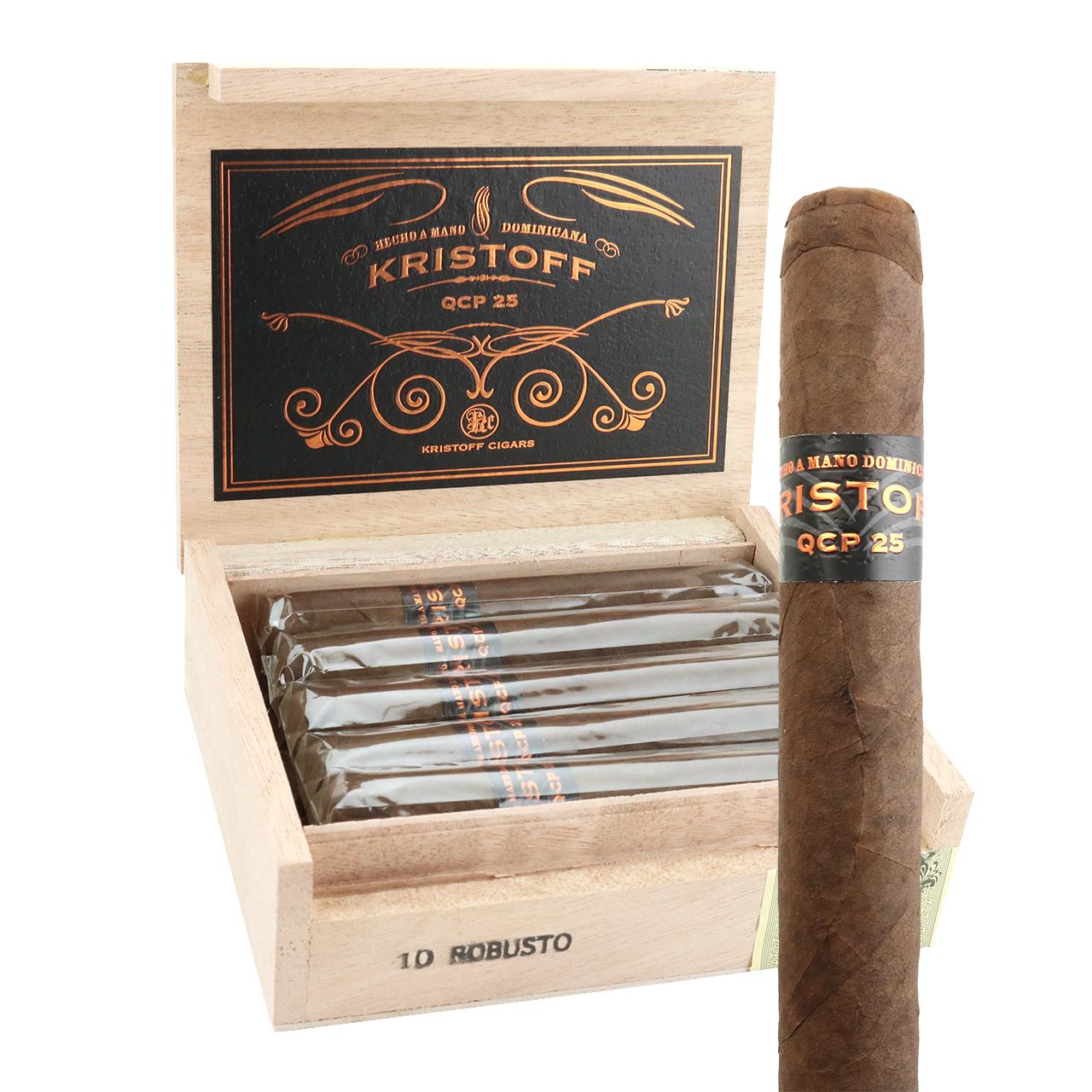 Kristoff has announced it is releasing an exclusive cigar for Queensbury Cigar & Pipe’s 25th year anniversary. The cigar is called the Kristoff QCP 25 and it will be available from the New York-based retailer next week.

The cigar itself is a 5 1/2 x 54 Robusto featuring an Ecuadorian Habano wrapper over Nicaraguan binder and filler. A total production of 200 ten-count boxes has been made available. Pricing is set at $12.00 per cigar or $100.00 per box.

“We wanted to make a cigar that all our customers could enjoy,” said Kathleen Kelly, owner of Queensbury Cigar & Pipe. “This has been an awesome collaboration effort between Glen Case, store manager Dan Davison, our Kristoff sales representative John Fazzi, and our customers who all participated in tastings to find the right blend to make this happen.”

The cigars will be available at Queensbury Cigar & Pipe’s retail location or their website cupojoes.com.