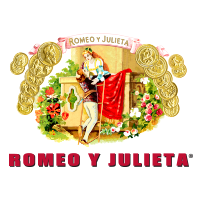 The cigars come in four sizes: Bully (Robusto), Toro, Churchill, and Magnum. All are presented in 25-count boxes except the Magnum which comes in a 20-count format. Pricing ranges from 7.20 to $8.35 SRP.

Rafael Nodal, Head of Product Capability for Tabacalera USA, worked with the Plasencia family for two years on this project, “Getting to work with the Plasencia family on this cigar which uses a Connecticut seed wrapper grown in Nicaragua, is for me an honor. Having the opportunity to take the Romeo y Julieta consumer on a journey of discovering new flavors and new experiences, is a real privilege,” Nodal said in a press release.

“This cigar is intriguing,” added Nodal. “It’s not a Connecticut cigar, nor is it a Nicaragua cigar. It is the first Connecticut-Nicaragua Cigar. And that makes for a big difference.”

At a glance, here is a look at the Romeo y Julieta 1875 Connecticut Nicaragua: