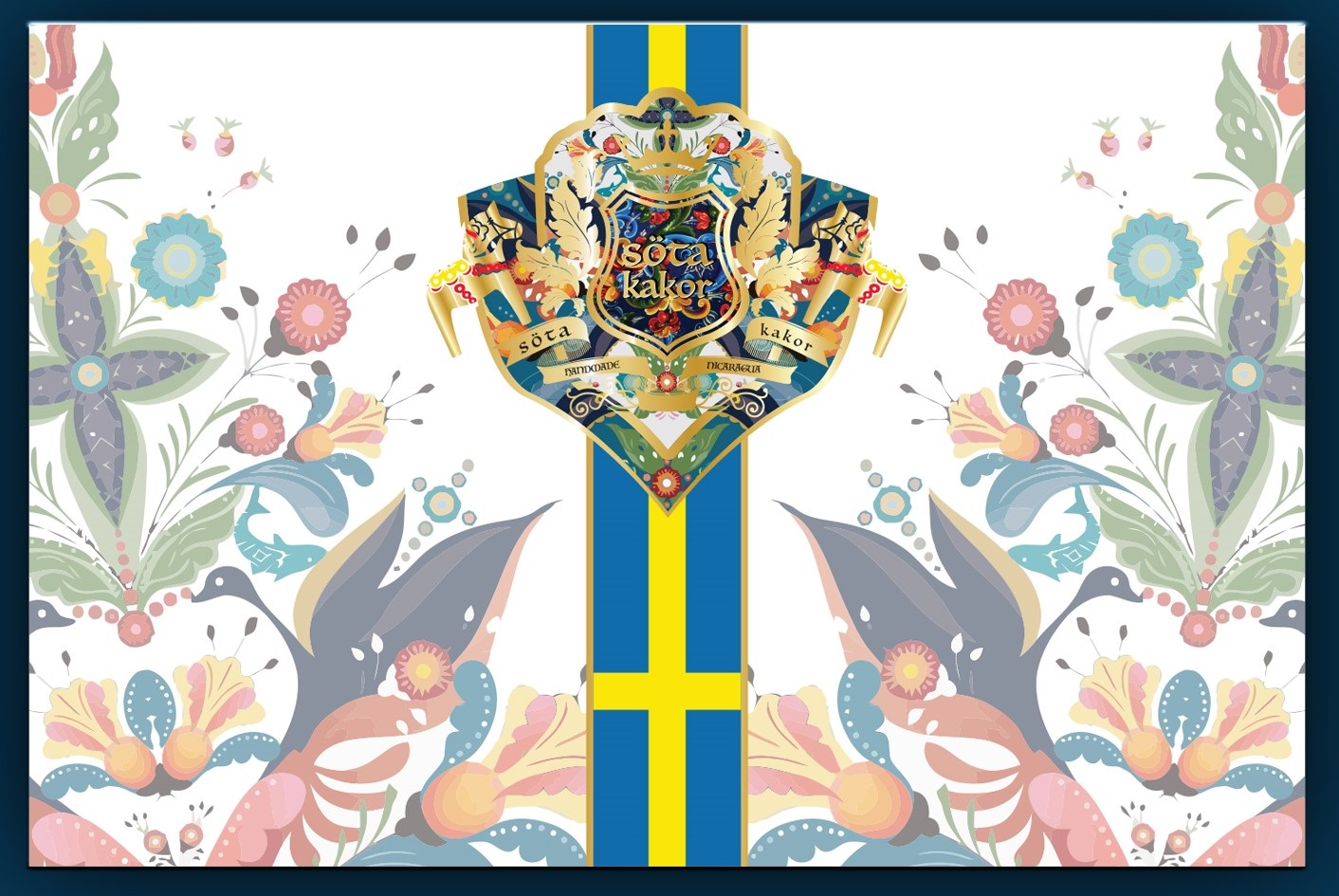 The name Söta Kakor translates to “sweet cookies”. It is a project that JSK Cigars owner Riste Ristevski has been working on with his Swedish Importer Kind Cigars since 2017.

The blend features a high priming Ecuadorian Havana wrapper over a Criollo ’98 seed binder, and fillers from four regions of Nicaragua. The cigar comes in one size measuring 5 1/2 x 48.

The band features traditional artwork known as Kurbits. This a popular artwork from a part of Sweden known as “Dalama” which is located in Central Sweden northwest of Stockholm. The dala horses on the band are an example of what is found on this artwork

JSK Cigars isn’t disclosing the production numbers or the pricing at this time. The cigars will be packaged in 12-count boxes.