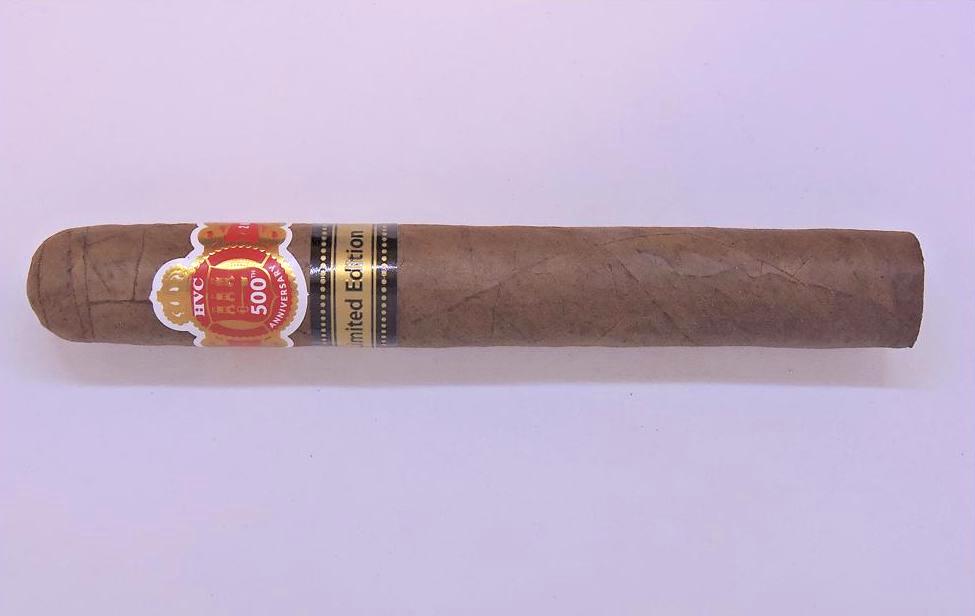 It isn’t often a cigar company puts out a 500th anniversary cigar. In fact, I think it’s pretty safe to say that 2019 was the first year. The year 2019 is significant because it is the 500th anniversary of the city of Havana, Cuba. The 2019 XX Habanos Festival saw homage paid to the occasion, including the San Cristobal de La Habana line (which is a brand that it named for the original name of the city of Havana, San Cristobal de La Habana). Late in 2019, HVC Cigars also decided to pay homage to the occasion releasing a limited edition cigar known as the HVC 500 Years Anniversary. Today we take a closer look at that cigar.

HVC Cigars was founded in 2011 by Reinier Lorenzo. The name HVC stands for Havana City. It pays homage to Havana, Cuba where Lorenzo grew up in post-revolution Cuba. The company works exclusively with Aganorsa Leaf’s Tabacos de Valle Jalapa S.A. (TABSA) in Estelí, Nicaragua. Given the brand pays homage to Havana, it’s appropriate that Lorenzo would release a cigar for the 500th anniversary.

Without further ado, let’s break down the HVC 500 Years Anniversary and see what this cigar brings to the table.

The HVC 500 Years Anniversary is a Nicaraguan Puro utilizing tobaccos from the the Aganorsa farms highlighted by a Nicaraguan Corojo ’99 wrapper. 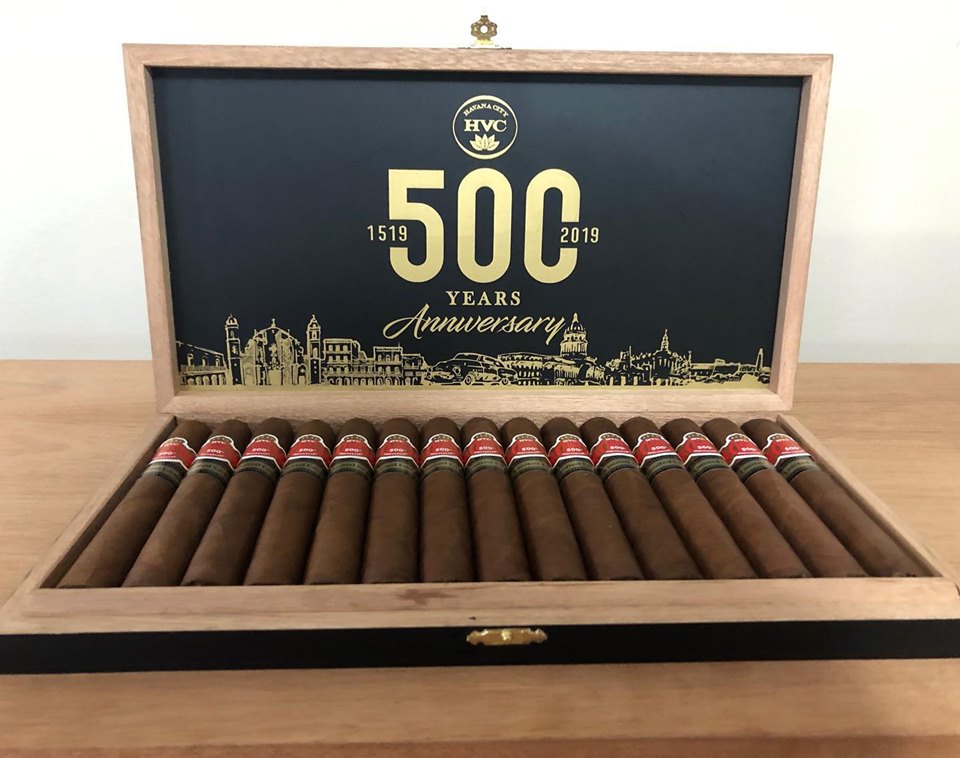 There are two bands on the HVC 500 Years Anniversary. The primary band is a Cubanesque red, gold, and white band. The red color makes up most of the background and is flanked with white trim and several gold adornments. On the upper part of the center of the band is a gold crown. Just below the crown is the text “HVC” in white font. The lower part of the center of the band has the text “500th ANNIVERSARY” in white font with the word “ANNIVERSARY” arrange in a curved font.

The second band is mostly gold in color. There is black trim with gold adornments on the upper and lower part of the band. On the center of the band is the text “LIMITED EDITION” in black font.

The cigar experience of the HVC 500 Years Anniversary started out by placing a straight cut to remove the cap. Once the cap was removed, it was time for the pre-light draw. The cold draw was simple delivering notes of earth, fruit sweetness, and natural tobacco. At the same time, the flavors of the cold draw clicked nicely delivering an excellent pre-light draw experience. At this point, it was time to light up the HVC 500 Years Anniversary and move on to the smoking phase.

The HVC 500 Years Anniversary started out with more notes of earth, fruit sweetness, and natural tobacco. There also was some baker’s spice that was a part of the equation. There was no dominant note during the early phases. Some notes of black pepper and fruit sweetness were also present on the retro-hale. Midway during the first third, the fruit sweetness took a slight edge. The earth, natural tobacco, and baker’s spice settled in the background. There was some black pepper that also emerged in the background.

The second third of the HVC 500 Years Anniversary saw the fruit sweetness become almost like a candy-apple sweetness, but the sweetness was not overly aggressive. As the cigar burned through the second third, there was an increase in the intensity of the natural tobacco and earth. There were still some notes of baker’s spice and pepper present in the more distant background.

The last third of the cigar experience saw the earth and natural tobacco push the fruit sweetness into the background. There was a slight bitter component to the natural tobacco. The black pepper was a little more prominent by this point and there still were touches of bakers spice. This is the way the HVC 500 Years Anniversary came to a close. The resulting nub was slightly soft to the touch and cool in temperature.

There was a slight amount of jaggedness from time to time on the burn line of the HVC 500 Years Anniversary, but this was a cigar that had no difficulty in maintaining a straight burn path. There wasn’t a lot of touch-ups needed, but the ones that were needed were more cosmetic in nature. The resulting ash was firm with a light gray color to it. The burn rate and burn temperature were both ideal. 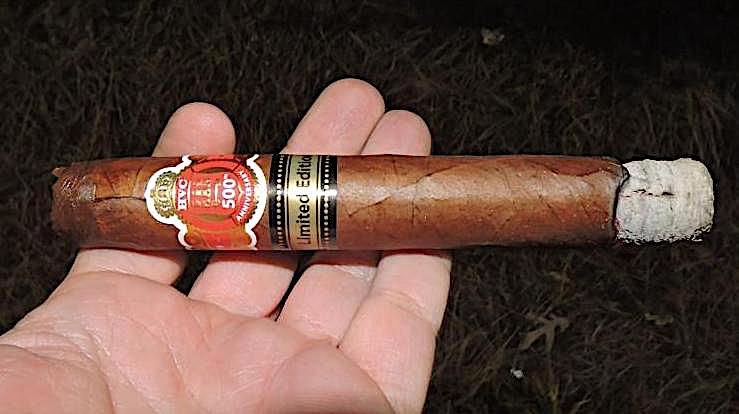 The draw to the HVC 500 Years Anniversary performed quite well. There was a good balance of openness and resistance. At the same time this was a low maintenance cigar to derive flavor from.

The HVC 500 Years Anniversary started out with medium strength and medium body. For the most part, the strength remained relatively constant from start to finish. By the midway point there was a slight spike in the depth of the flavors pushing the cigar into medium to full-bodied territory.

In terms of strength versus body, the body maintained a slight edge. This edge was more noticeable in the second half following the spike in body.

When the HVC 500 Years Anniversary was released in November, there was little doubt that Lorenzo had another hit on his hands. As I smoked this cigar over the past few weeks, it has continued to get better and better. It’s a cigar certainly performing at a high level, and I think there is even more aging potential to this cigar down the road. The HVC 500 Years Anniversary is a cigar that excels in the most important category – flavor. In particular the flavors during the first two-thirds are where this cigar will shine.

The HVC 500 Years Anniversary is a cigar that I would recommend to the novice or experienced cigar enthusiast. As for myself, this is a cigar I would smoke again – and given that it is limited, it’s one I would easily recommend a box purchase for.