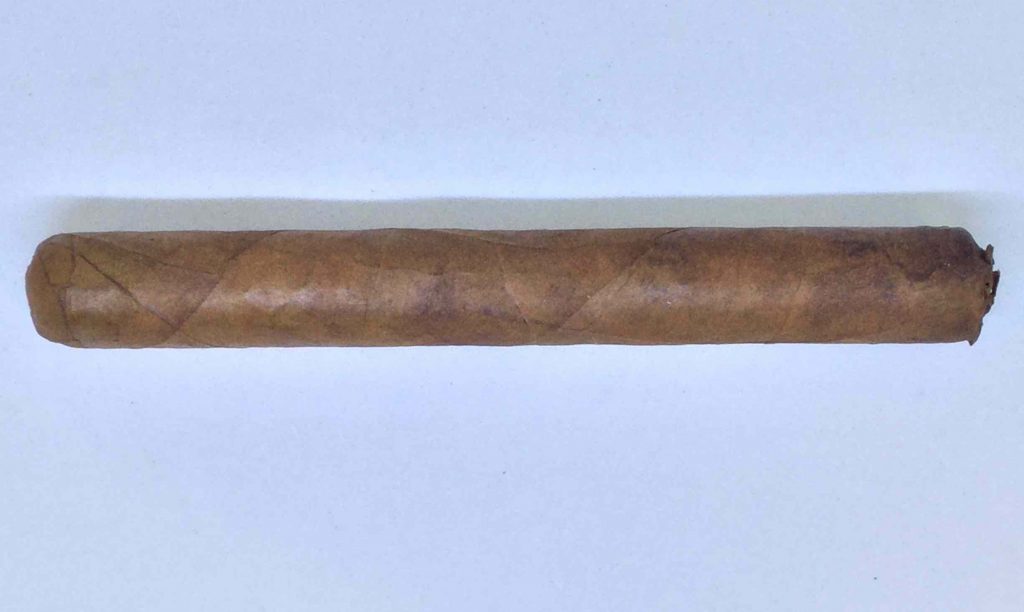 April Fool’s Day has typically been a time many in the cigar industry turn their creativity to humor. When covering the cigar news, it usually means sham news stories in an attempt to fool you. While there was at least one April Fool’s news story that was so well done that it fooled us, for the most part it is a bunch of garbage stories.  Occasionally a cigar company will sneak in a real story on April Fool’s Day. Why any cigar company would do this is beyond me, but such was the case last year. A story started popping up about a cigar called El Tallo. It was a brand being distributed by United Cigar and it was a blend that uses cigar stems for the filler. The story of this cigar was only reported by select media, and I personally opted not to pursue it because of the history around April Fool’s Day and the cigar industry. It turns out the joke was on me, El Tallo is real. A few weeks later, I was in possession of a five-pack of El Tallo. Today we take a closer look at this cigar.

El Tallo is Spanish for “The Stem.” It is a positioned as a value-priced cigar that comes from Jose Dominguez out of the Dominican Republic. At just under $15.00 for a five-pack (or $3.00 for a single), it’s a value-priced cigar. At the same time, this is not a “long filler” type cigar. In fact it’s just the opposite – its a cigar with a bunch of chopped up stems in it. The stems are encased with a binder and finished with a wrapper. 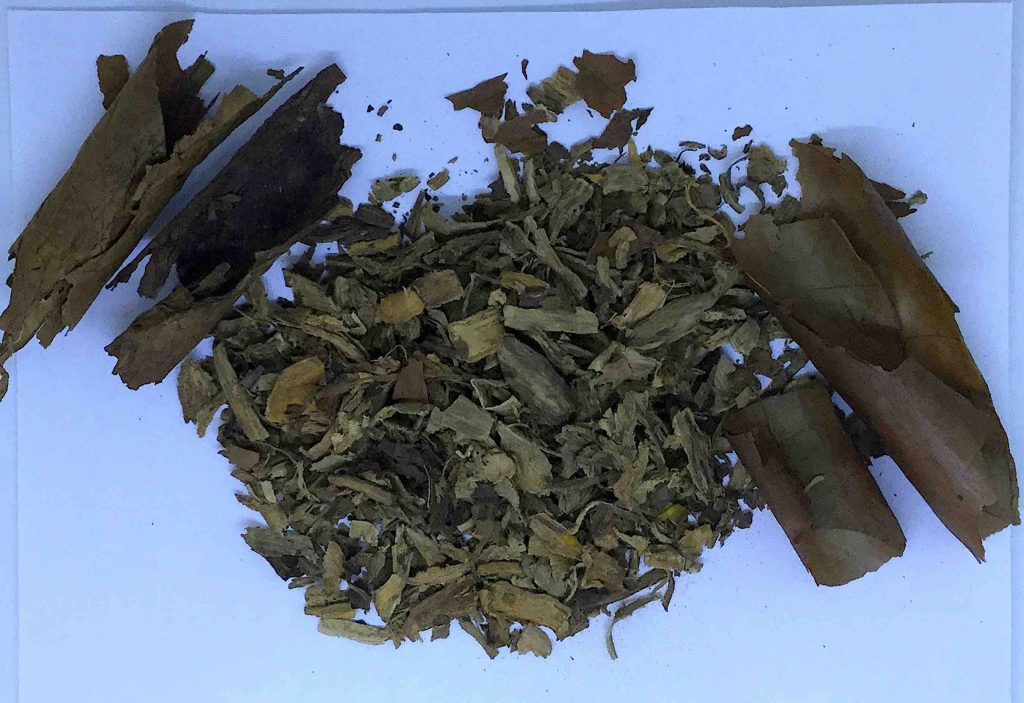 Without further ado, let’s break down the El Tallo and see what this cigar brings to the table:

While stems entirely make up the filler, tobacco leaves are still used for the wrapper and binder.

In terms of the filler composition, I haven’t seen any formal information, but Halfwheel.com reported it as follows:

El Tallo is currently offered in one size – 6 x 50 Toro. As mentioned, it is sold in five-packs. 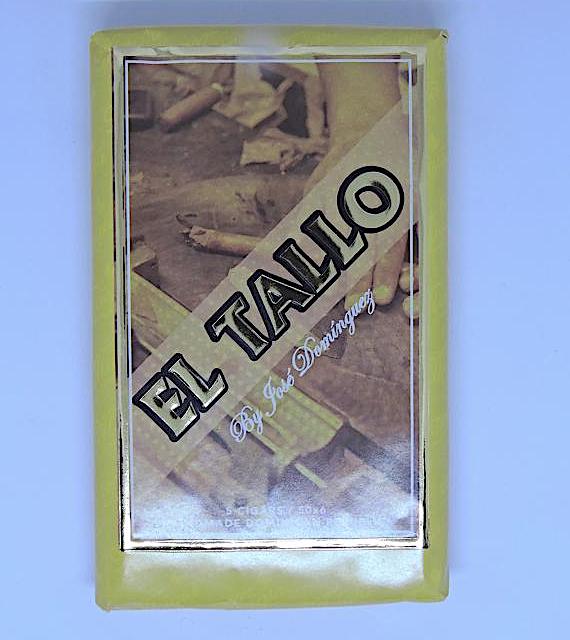 The Ecuadorian wrapper of the El Tallo had a medium brown color with a colorado-red-tint to it. The wrapper had some subtle mottling on it. There also was not much in the way of oil on the wrapper. There were some visible veins and visible wrapper seams that were both on the thin side, but at the same time the surface of the wrapper had a bumpy feel to it. The cigar is finished with a covered foot. El Tallo is also an unbanded cigar.

A straight cut was used to carefully cut the cap of El Tallo. With short-filled cigars (and especially this one), you don’t want to crack into the binder as it produces the “Scooby Snacks” effect of loose tobacco. Once the cap was removed it was on to the pre-light draw phase. The dry draw was definitely unique as I detected a mix of classic wood, spearmint, and a slight natural tobacco note. It wasn’t the most delightful of pre-light draw experiences, but since this is not factored into the overall assessment, there was no loss of points here. At this point, it was time to light up the El Tallo and see what the smoking experience will have in store.

As the El Tallo moved into the last third, the flavor profile held. The primary notes were the natural tobacco notes which still exhibited the bitterness. In the background there were still notes of spearmint, citrus, red pepper, and wood. The red pepper notes had a slight increase in intensity, but still played a secondary role. This is the way El Tallo came to a close The resulting nub was slightly soft to the touch and cool in temperature.

I was surprised by the solid performance of the burn of El Tallo. The cigar maintained a relatively straight burn path and straight burn line. For a cigar with chopped stems as the filler, El Tallo had curiously good combustion. The resulting ash had a white color to it. This was an ash on the loose and flaky side. The burn rate and burn temperature were ideal.

The draw to the El Tallo was excellent too. Given stems were in the filler, I was expecting a very loose ash, but in this case, there was enough resistance on this cigar to satisfy me. At the same time, this was a low maintenance cigar to derive flavor from.

El Tallo is a cigar that delivers a lot in the way of boldness. This was a cigar that started out medium to full in strength and produced full-bodied flavors. For the most part the strength and body of El Tallo maintained these levels from start to finish. In terms of strength versus body, the body maintained a slight edge.

When it comes to the El Tallo project, I was very surprised at the construction of the cigar. This is a cigar that had a very good burn and excellent draw. However, other than that there wasn’t much more this cigar could deliver to impress me – especially when it came to flavor. There was some promise at the beginning with the sweetness delivered, but this eventually became a bitter and unbalanced cigar. While I applaud a project like this for innovation, there is a reason why others have not produced a cigar with just stems. El Tallo certainly has a good price point, but you can find better cigars for under $3.00. Unless you want to satisfy your curiosity, El Tallo is not a cigar I could recommend.