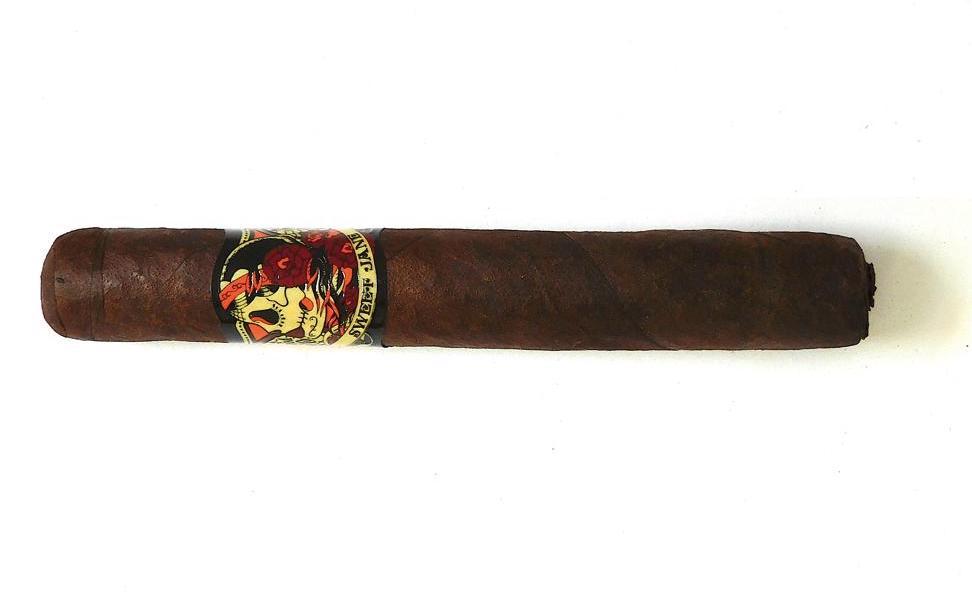 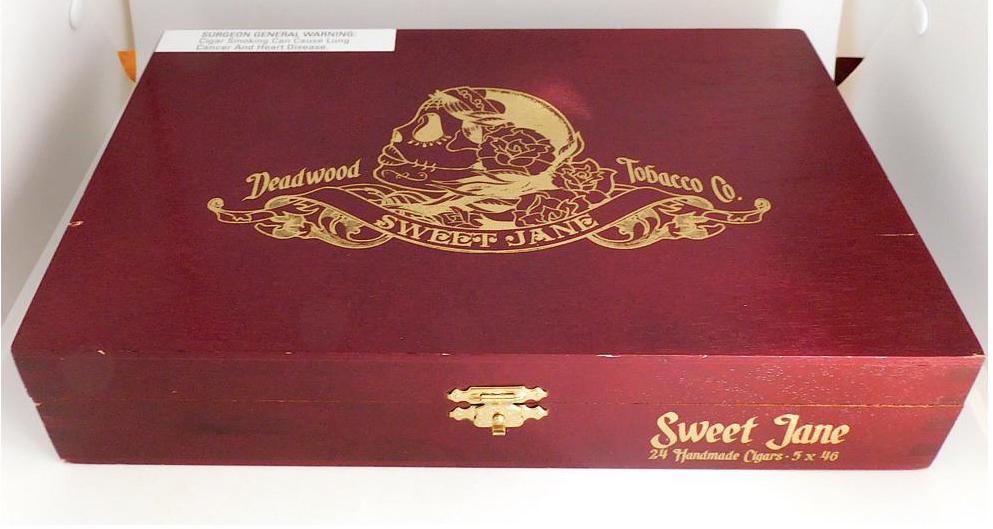 At the time the Deadwood Tobacco brand went national, there were three different cigars that were a part of the transition. Each cigar featured a different blend and different size This included Fat Bottom Betty (a Robusto Grande), Crazy Alice (a Pyramid), and the Sweet Jane (a Corona Gorda). Collectively the three cigars became known as the “Yummy Bitches.” Since then, both the Sweet Jane and Fat Bottom Betty have received line extensions of the original Yummy Bitches release.

Without further ado, let’s break down the Deadwood Tobacco Sweet Jane Corona Gorda and see what this cigar brings to the table.

There is not much that has been released on the blend of the Sweet Jane. The only thing we known is that the cigar features a maduro wrapper. Production for the Sweet Jane comes out of Drew Estate’s La Gran Fabrica facility in Estelí, Nicaragua.

As mentioned Sweet Jane is one of the Deadwood Tobacco brands that saw line extensions added to it. This includes a box-pressed Toro for Drew Estate lounges. It also includes the 4 x 32 “Baby Jane” tin offering. The Corona Gorda size we are looking at today is presented in 24-count boxes. 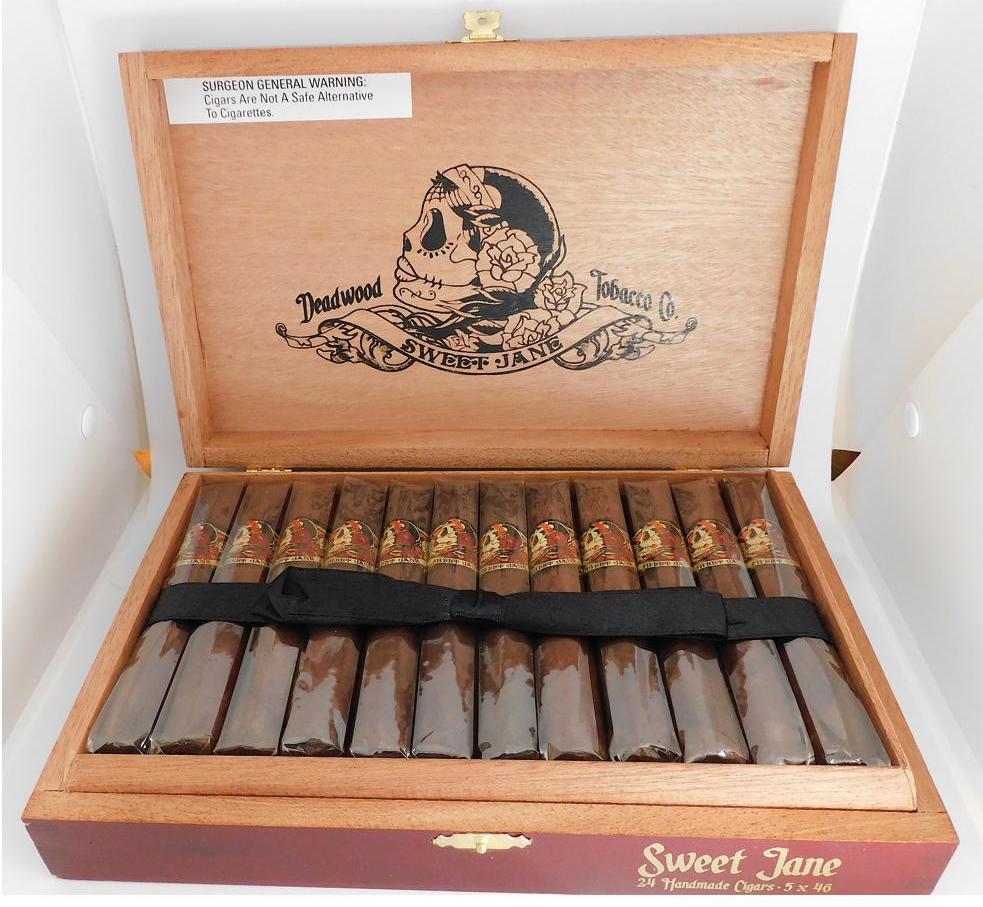 The Sweet Jane Corona Gorda had a roasted coffee bean color to it along with a slight Colorado red tint. The surface of this wrapper didn’t have much in the way of oil on it. This surface also had a sandy texture and feel to it. There were some visible veins and some visible wrapper seams. The cigar also features a covered footer.

The band to the Sweet Jane features an orange, black, pale yellow, and red color scheme. On the center of the band is a design of a skull done in somewhat of a graffiti art style. There is a bone-like design under the skull. On the left end of the bone is the text “DEADWOOD TOBACCO CO” while on the right side is the text “STURGIS LIMITED EDITION.” In between is the text “SWEET JANE” in a classic black font.

Prior to lighting up the Deadwood Tobacco Sweet Jane, a straight cut was used to remove the cap. From that point, it was on to the pre-light draw experience. The cold draw delivered a dose of sweetness that reminded me of Equal sweetener. There also were some coffee notes, but these were definitely eclipsed by the sweetness. Overall, this wasn’t the most exciting pre-light draw. At this point, it was time to light up the Sweet Jane and see what the smoking experience would have in store.

By the second third, it was the coffee and the residual sweetness that were the dominant notes. The coffee notes diminished, while the cedar notes increased. As the cigar progressed there also was a gradual decrease in the residual sweetness, but even during the final third, this was something that was still present in the forefront.

When the Sweet Jane experience completed, the resulting nub was soft to the touch and cool in temperature.

The burn of the Sweet Jane performed as good as could be expected and it earns our “exceptional” rating – the highest assessment ranking for burn. This was a burn that had no trouble maintaining a straight burn line and a straight burn path. At the same time, this burn hardly required any touch-ups. The resulting ash was near white in color. This was a firm ash that came off the Sweet Jane in clean chunks. The burn rate and the burn temperature were both ideal. 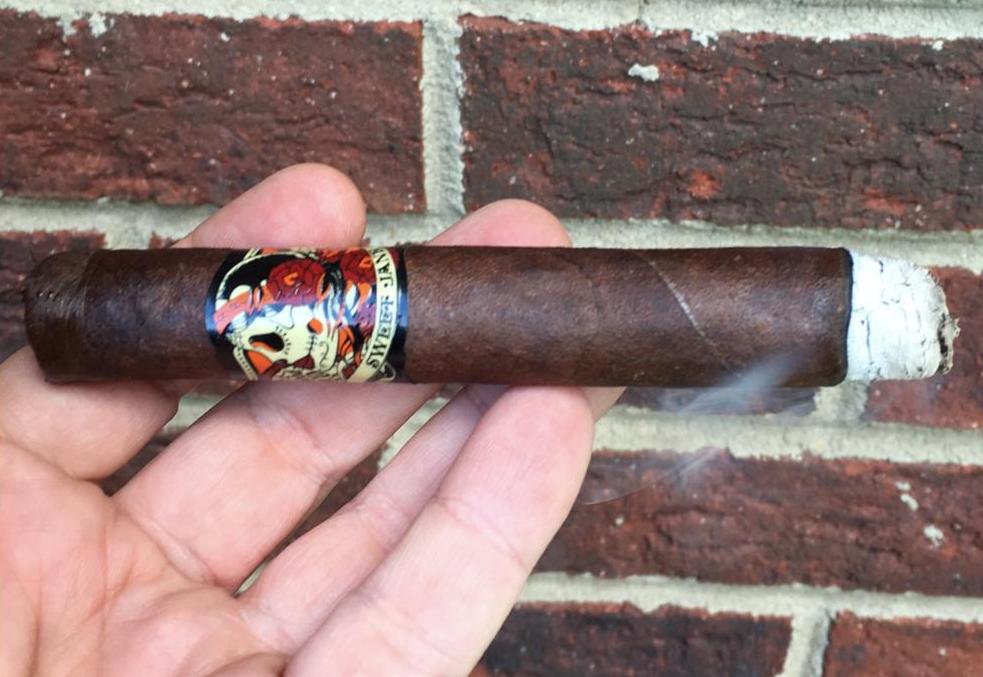 The draw of Sweet Jane struck a nice balance of resistance and openness. At the same time, this is a cigar that produced abundant layers of smoke.

Strength-wise, the Sweet Jane is a cigar that falls into the mild to medium range of the spectrum. In terms of the body, the Sweet Jane fell into the medium range of the spectrum. Throughout the smoking experience, there was not much variance in the intensity levels of the strength and body.  When looking at strength versus body, the body had the edge.

I’ve seen some debate online in terms of whether externallyflavored cigars should be scored differently than traditional cigars. I subscribe to the theory that they should not. This might seem to be unfair because non-traditional (whether aromatic, infused, flavored, etc) cigars are at a disadvantage when it comes to complexity and balance – which inherently score lower. Fair or not fair, Cigar Coop does not have multiple definitions of a premium cigar, and scores every cigar the same way. The Deadwood Tobacco Sweet Jane is a cigar that isn’t very complex, and the residual sweetness does throw the balance off. If one likes a heavy sweet infusion and consistent cigar from start to finish, the Sweet Jane could be the cigar for you. I’d still recommend trying a sample before deciding on how much to purchase.