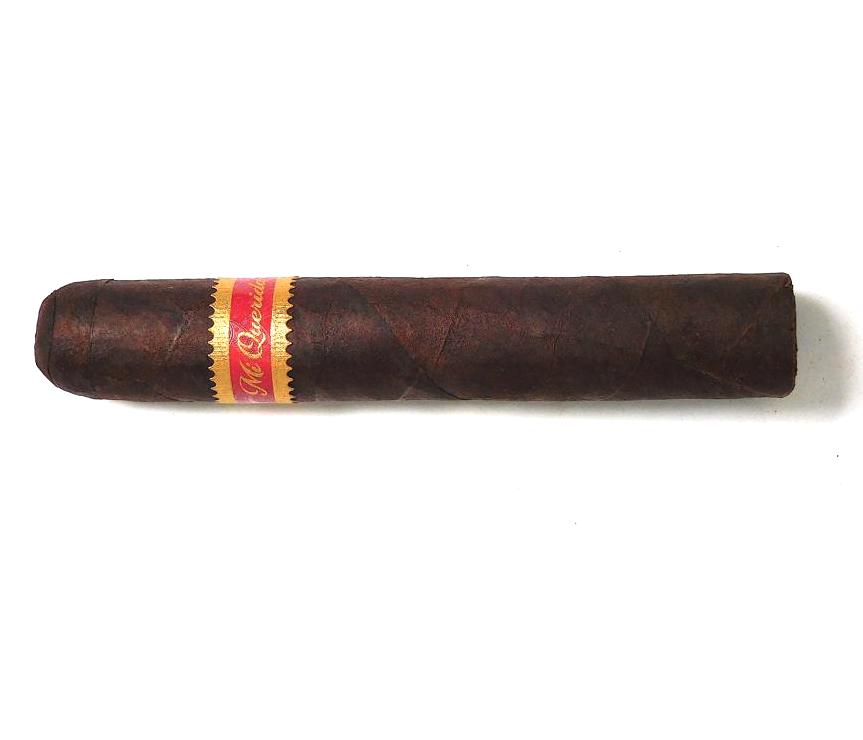 If there is one thing Steve Saka has been known for throughout his career it’s creating offshoot blends from his tried and true lines. We’ve seen this while he was at Drew Estate when he created the Undercrown Corona ¡Viva! line as well as some of the Liga Privada Unica Serie line. When he formed Dunbarton Tobacco & Trust, he continued this trend with extensions to the Sobremesa (Poco Mas Intensa Short Churchill and Elegante en Cedros) and Todos Las Dias (Thick Lonsdale Mas Fuerte) lines. Last year it was Mi Querida’s turn as the Mi Querida Triqui Traca line would make its debut. The Mi Querida Triqui Traca was described by Saka as his strongest line to date. Today we take a close look at the Mi Querida Triqui Traca in the No. 552 (Robusto size).

As for the name, Saka says it is a Nicaraguan slang word that references large firecrackers that almost resemble sticks of dynamite. These are typically set off on the streets during celebrations in Nicaragua.

Without further ado, let’s break down the Mi Querida Triqui Traca No. 552 and see what this cigar brings to the table.

The Mi Querida Triqui Traca consists of a Connecticut Broadleaf wrapper over a Nicaraguan binder and a combination of Nicaraguan fillers.

There are two notable differences with the Triqui Traca compared to the original Mi Querida. The wrapper of Triqui Traca was switched from the traditional Connecticut Broadleaf Mediums to the rarer No. 1 Dark corona leaves. In addition, the filler incorporates what is described as a “high octane ligero” from the Dominican Republic.

Like the original Mi Querida, production for the Triqui Traca comes from the NACSA factory in Estelí, Nicaragua.

The Mi Querida Triqui Traca is available in two sizes – each presented in 20-count boxes. The production is described as an ongoing limited one due to tobacco constraints.

The Connecticut Broadleaf wrapper of the Mi Querida Triqui Traca No. 552 had a milk chocolate color to it. There was little in the way of oil on the wrapper. There were some visible seams and some thin visible veins. The cigar itself had a nice pack to it. For a small cigar, this cigar seemed to have some weight to it.

The band to the Mi Querida Triqui Traca uses a similar design to the original Mi Querida with the main difference being the blue background is replaced with a red one. The red background has gold trim that has a perforated look to it. On the band is the text “Mi Querida” in a gold-colored cursive font.

Prior to lighting up the Mi Querida Triqui Traca No. 552, a straight cut was used to remove the cap. Once the cap was successfully removed, it was time to commence the pre-light draw. The cold draw delivered a mix of cocoa and cedar notes. While this was a pre-light draw that was on the simple side, it was more than satisfying. At this point, it was time to light up the Mi Querida Triqui Traca No. 552 and proceed into the smoking phaze.

The Mi Querida Triqui Traca No. 552 started out with notes of cocoa powder, blackberry, earth, and red pepper. Early on there was no dominant note, but as the cigar progressed through the first third, the cocoa powder became more of a smooth chocolate note and moved into the forefront. The blackberry, earth, and red pepper became secondary flavors – in that order. There was also a layer of red pepper present on the retro-hale.

During the second third, the blackberry notes increased in intensity and joined the chocolate notes in the forefront. Both notes were on equal ground for a good chunk of this part of the smoking experience. Meanwhile, the earth and red pepper notes remained in the background. Toward the latter part of the second third, there was an increase in the intensity of the earth and red pepper notes.

By the last third of the Triqui Traca No. 552, the earth notes displaced the chocolate and blackberry as the primary note. These notes moved into the background. There was a slight increase in the red pepper, but the cigar never evolved into a pepper bomb. This is the way the Mi Querida Triqui Traca No. 552 came to a close. The resulting nub was firm to the touch and cool in temperature.

While there was a slight amount of curvature on the burn line from time to time, the Mi Querida Triqui Traca No. 552, maintained a straight burn path from start to finish. The resulting ash was firm and had a silver-gray color. The burn rate and burn temperature were both ideal. 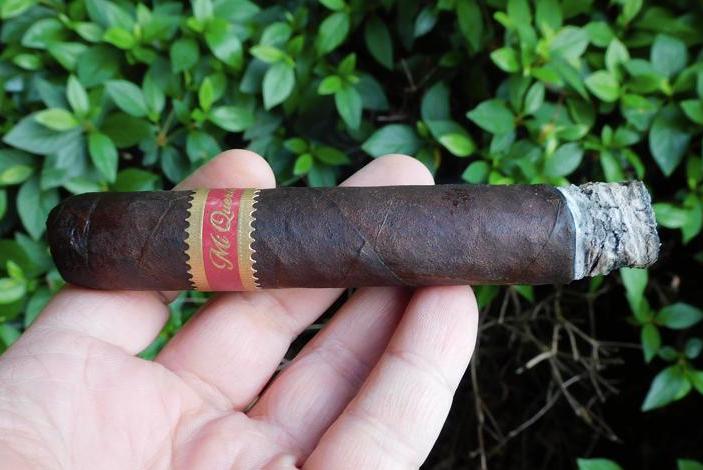 Burn of the Mi Querida Triqui Traca No 552

The Mi Querida Triqui Traca No. 552 lived up to its reputation as being a bolder cigar offering. I probably would put this cigar up there with the Todos Las Dias line in terms of being the boldest offering by Dunbarton Tobacco & Trust. This is a cigar that started out medium to full in strength and body. By the 5/8 point, both the strength and body progressed into the full range – where it slowly continued to increase for the duration of the smoke.

In terms of strength and body, the strength had a slight edge throughout the smoking experience.

Given the Mi Querida Triqui Traca No. 552 is a bolder cigar, this is one I would steer to a more seasoned cigar enthusiast. As for myself, this is a cigar I would smoke again – and its one that should get box worthy consideration when purchasing.