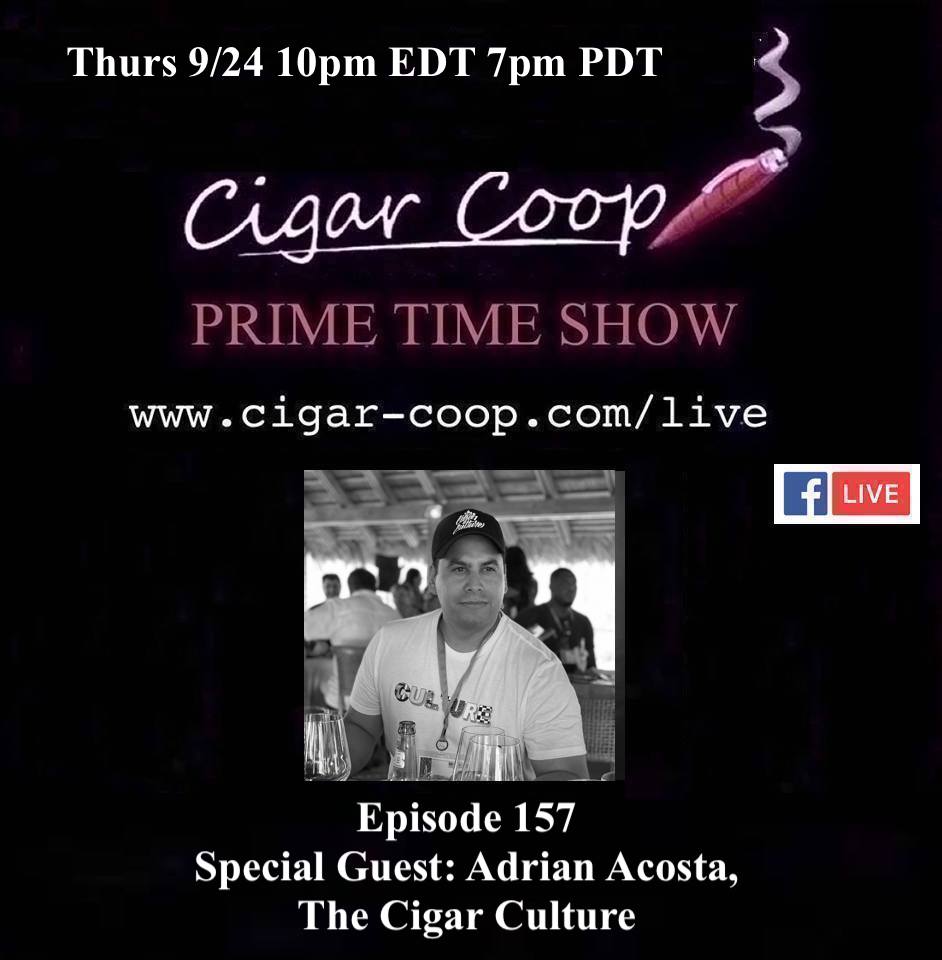 Adrian’s got a long history in the cigar business – from Nat Sherman in New York, to National Sales Manager at AJ Fernandez, to turning his attention to The Cigar Culture from brokering to education. Tonight we’ll get to know Adrian better and talk about his first cigar release.

In our Live True segment, we will talk “All about Ashing” your cigar. Finally in our Deliberation Segment, we’ll take a look at several companies who have implemented some form of “small batch” releases and assess how successful they have been.

Note: Dylan Austin of Davidoff who had been announced as our guest, has been rescheduled to our 10/22 Show.

Tune in live at 10pm Eastern/7pm Pacific. If you miss us, you can catch Prime Time at any time on Facebook, Google Play Music, iTunes, Podbean, and YouTube. The Prime Time Show – all about industry people and industry talk.