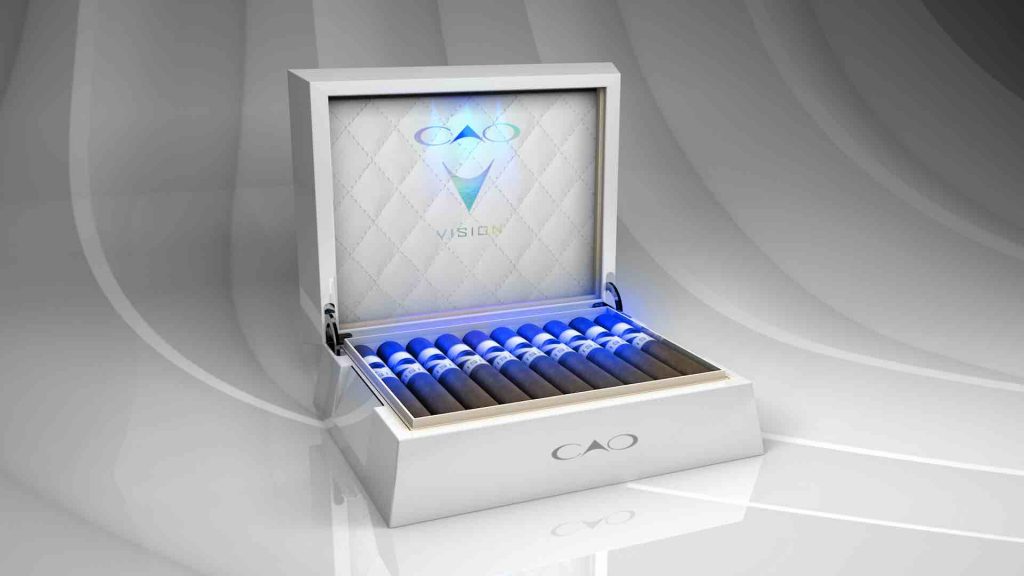 Over a decade ago, CAO Cigars released a unique project called CAO Vision. It was unique in a lot of ways because the cigar was the first CAO Cigar to be made in the Dominican Republic (La Aurora) and it was a cigar that featured a unique space-age type box that illuminated. Fast forward to 2020, and today General Cigar announced that CAO Vision would be returning for a limited production run. This time the cigar will be made in Nicaragua and will feature an all-new space-age humidor-box design. It will also be an all-new blend for the CAO Vision that will be highlighted by a Cameroon wrapper.

CAO Master Blender and Ambassador Rick Rodriguez was inspired to develop the Cameroon blend from his years studying under the legendary Benji Menendez.

“Whether traveling across the world visiting cigar shops and even in doing virtual events as I have been for the last several months, the CAO fans always tell me that CAO Cameroon is one of the absolute best Cameroons on the market. It got me thinking about the time I spent learning the art of leaf priming and selection with Benji Menendez. Back then he loved Cameroon wrapper (he still does, by the way), and he spent a lot of time teaching me which tobaccos are the best for bringing out the Cameroon’s natural sweetness. I’ve never developed my own blend with a Cameroon wrapper, and I thought it was time to do it, to share my take on a Cameroon-wrapped cigar with Benji and the fans of CAO. It’s my way of saying thank you for this amazing career I have in the cigar business,” commented CAO’s Rodriguez.

While the original blend was a Dominican-forward blend highlighted by a Dominican wrapper, the 2020 edition of the CAO Vision is entirely different. In addition to the Cameroon wrapper, the blend features an Ecuadorian Sumatra wrapper and Nicaraguan Habano filler from Estelí and Jalapa. The cigar will come in one size – a 7 x 50 Churchill. Production for the CAO Vision comes from the STG Estelí factory.

The packaging features an all-new design for the humidor constructed out of Spanish cedar with piano hinges. The humidor features cascading lights that illuminate the sheen of the Cameroon wrapper and underscore the cigar’s construction. 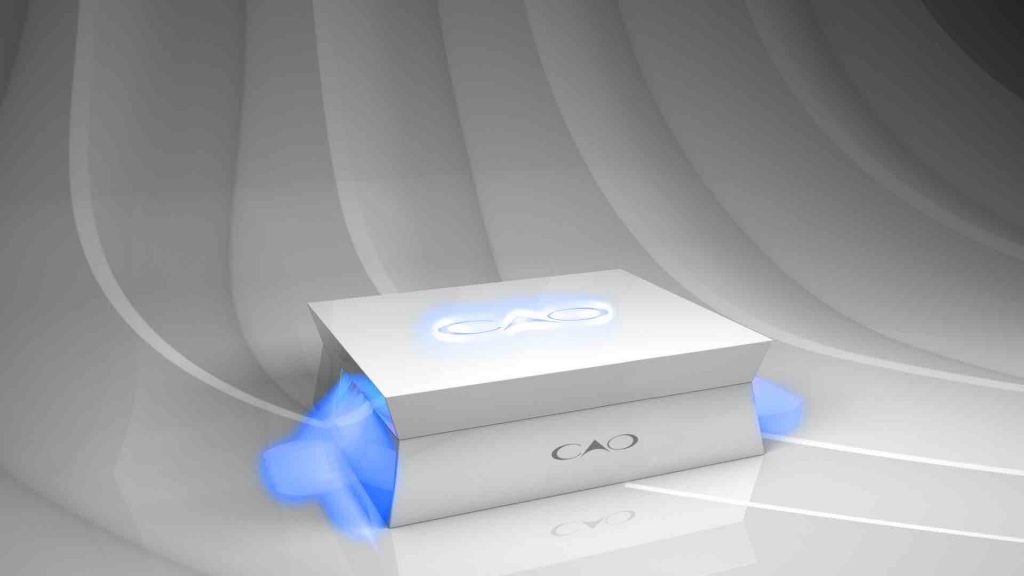 The cigars have also received upgraded banding from the previous edition.

Pricing will be set at $18.99 per cigar with 20 cigars packaged per humidor. For the U.S. market, 2,500 humidors are being released with an additional 2,000 humidors for select retailers in Europe e and Asia. The U.S. release is scheduled for November 9th.

At a glance, here is a look at the CAO Vision: