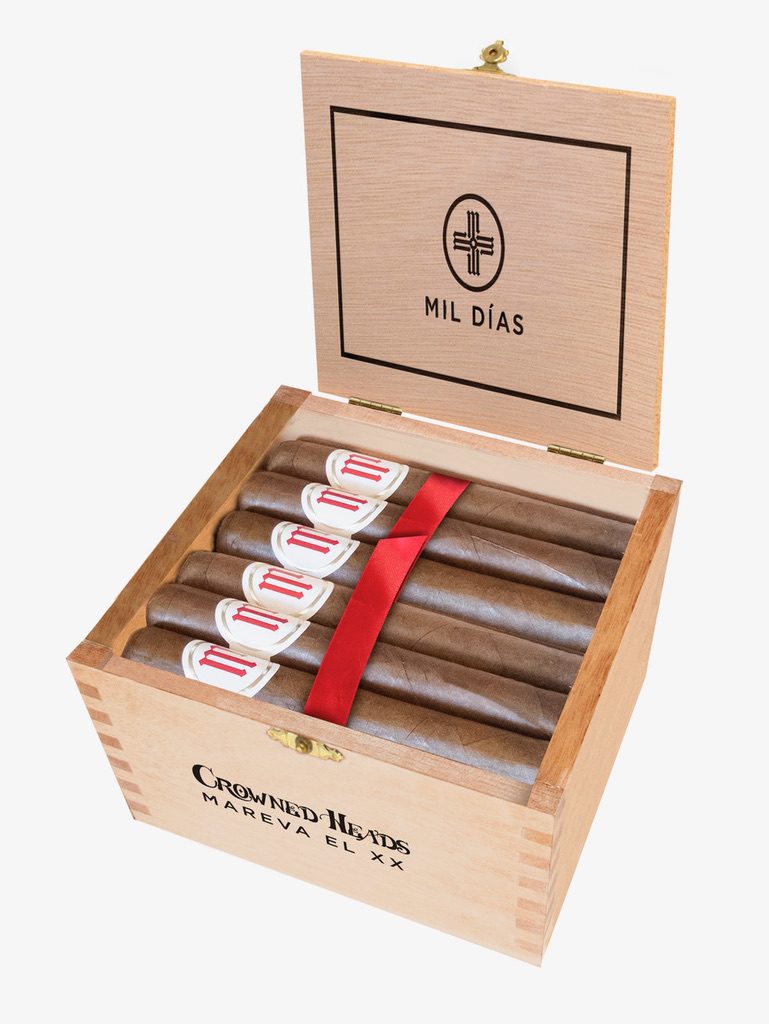 Crowned Heads has announced a limited edition line extension to its recently released Mil Días line. It’s in the form of a 5 1/2 x 42 Mareva and its being dubbed the Mil Días Mareva EL XX.

Like the rest of the line, the Mil Días Mareva EL XX consists of an Ecuadorian Habano wrapper, Nicaraguan binder, and fillers from Nicaragua, Costa Rica, and Peru. The use of Costa Rican and Peruvian tobacco marks a first in the Crowned Heads portfolio. It’s a line that comes out of Tabacalera Pichardo, the company owned by ACE Prime for whom Crowned Heads handles distribution.

The cigars will be packaged in 30-count boxes with a total production of 1,000 boxes. Pricing is set at $8.95 per cigar. The Mil Días Mareva EL XX is expected to ship in November.

“The seed for a mareva-sized cigar was planted for me last year when our national sales manager, Miguel Schoedel, gifted me a Romeo y Julieta Cedros de Luxe No. 3,” said Jon Huber, Co-founder of Crowned Heads in a press release. “For my palate, that cigar exhibited so much depth and complex[ity] with impeccable balance while in a smaller-cigar format: it still stands out in my sensory memory. We began work on a Mil Días Mareva even before we began shipping the first Mil Días boxes, as I knew in my gut that this blend would translate brilliantly in a Marvea vitola.”

At a glance, here is a look at the Crowned Heads Mil Días line: