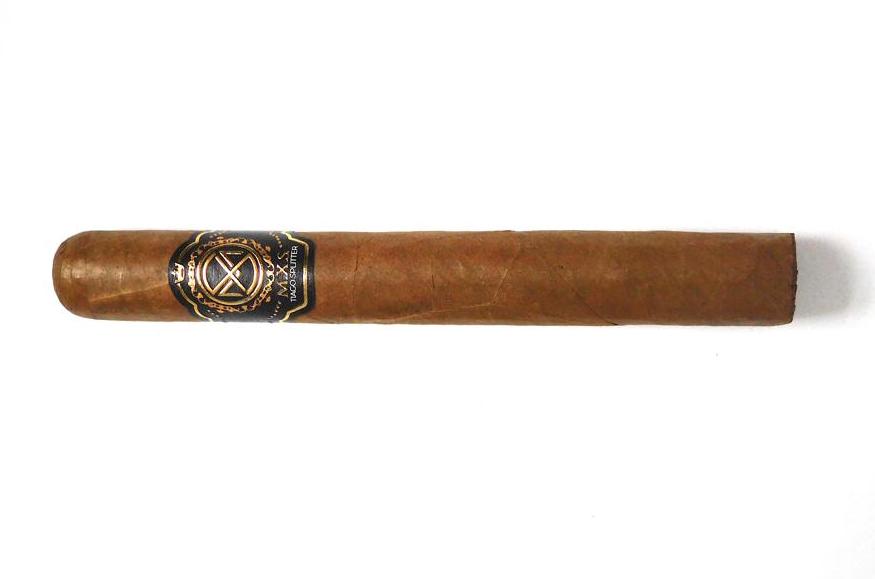 The 2019 IPCPR Trade Show featured a new company on the scene known as ACE Prime. In recent years, with the threat of federal regulations by the U.S. Food and Drug Administration (FDA), newer companies at the Trade Show have been less frequent. What made ACE Prime’s debut impressive is they would launch three brands and seven blends. One of the brands is known as the M.X.S. Signature Series. The name M.X.S. stands for “Maximum EXcellence Success” and in the case of the cigars, there were a couple of blends released paying homage to two NBA players: Dominique Wilkins and Tiago Splitter. We have seen athletes brand cigars before. What is more impressive is the Splitter is also a partner in the ACE Prime Company. Today, we dive deeper into Splitter’s branded cigar – the M.X.S. Signature Tiago Splitter in the Sublime size.

Tiago Splitter is a former NBA player who was born in Brazil. After starting his career in Spain he would come to the NBA in 2010. He would play eight seasons in the NBA for the San Antonio Spurs, Atlanta Hawks, and Philadelphia 76ers. After retiring following the 2017 season, he would join the Brooklyn Nets as a scout and then become a development coach.

Without further ado, let’s break down the M.X.S. Signature Tiago Splitter Sublime and see what this cigar brings to the table.

The blend for the M.X.S. Signature Tiago Splitter features an Ecuadorian Sumatra wrapper over a Nicaraguan binder from Jalapa and a combination of Nicaraguan and Dominican fillers. Production is handled at Tabacalera Pichardo, a factory co-owned by ACE Prime under the watch of Don Eradio Pichardo.

The Sumatra wrapper of the M.X.S. Signature Tiago Splitter Sublime was not he lighter side and under some lighting almost looked like a darker Connecticut Shade. There wasn’t much oil on this wrapper. On the other hand, this was a very pristine looking Sumatra wrapper. It’s on the smoother side with any visible veins on the thin side and most of the wrapper seams well hidden.

A straight cut was used to commence the experience of the M.X.S. Signature Tiago Splitter Sublime. Once the cap was removed, it was on to the pre-light draw. The dry draw delivered a mix of wood, floral, and a zesty citrus note. Overall this wasn’t the most exciting pre-light draw, but since the pre-light draw is not scored, there were no points lost here. At this point it was time to light up the M.X.S. Signature Tiago Splitter Sublime and see what the smoking phase would have in store.

The M.X.S. Signature Tiago Splitter Sublime started out with notes of natural tobacco, earth, and citrus. Early on the natural tobacco and earth notes became primary. The citrus notes settled in the background along and soon notes of caramel and black pepper also surfaced. There were times the citrus popped in the forefront. Meanwhile there were notes of black pepper and baker’s spice on the retro-hale.

Doing the second third, the natural tobacco took over as the main primary note On the natural was slight bitter component, but there also was a nice amount of natural tobacco sweetness present which balanced things out. The earth and caramel notes receded into the background. At the same time the pepper and baker’s spice had a slight increase in intensity. The citrus notes were also still present in the background.

The last third saw the natural tobacco remain grounded in the forefront. The earth notes crept back into the forefront. There was also a “smoky quality” to the natural tobacco notes. There still were notes of citrus, pepper and baker’s spice present as well as a slight amount of caramel. This is the way the M.X.S. Signature Tiago Splitter Sublime came to a close. The resulting nub was slightly soft to the touch and cool in temperature.

While the M.X.S. Signature Tiago Splitter Sublime did have a straight burn path and straight burn line, the cigar needed more than an average number of touch-ups along the way. The resulting ash was light gray. This was an ash that wasn’t overly firm, but wasn’t a loose one either. The burn rate and burn temperature were both at ideal levels. 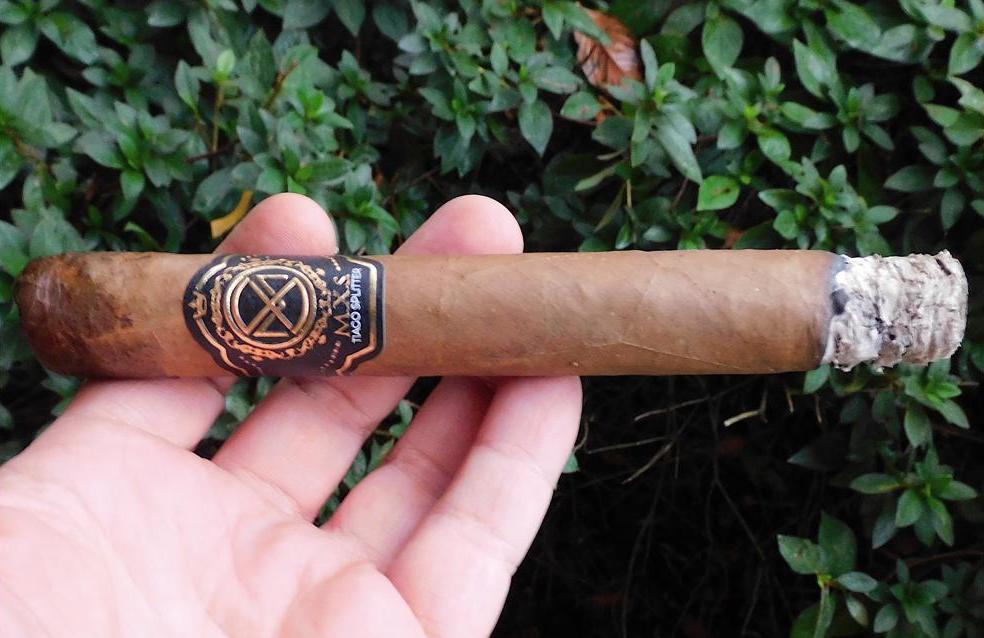 The draw of the M.X.S. Signature Tiago Splitter Sublime had a touch of resistance to it – which is something that I like. At the same time, this was a low maintenance cigar to derive flavor from.

The M.X.S. Signature Tiago Splitter Sublime delivered an excellent experience from a Sumatra-wrapped cigar. The cigar delivered excellent flavor and had a nice amount of complexity to it. The one thing I will say is the wrapper is on the delicate side, so it must be handled carefully – and this is a cigar that when touching up needs to be touched up with TLC. The price point is on the higher side, but performance-wise it delivers nicely. At 90 points, this is a cigar that reaches the Cigar Coop Standard of Excellence. This is a cigar I would recommend to an experienced cigar enthusiast or a novice looking for something medium-plus. As for myself, this is a cigar I would smoke and purchase again.