Cigar Review: Culture Blend No. 3 by The Cigar Culture 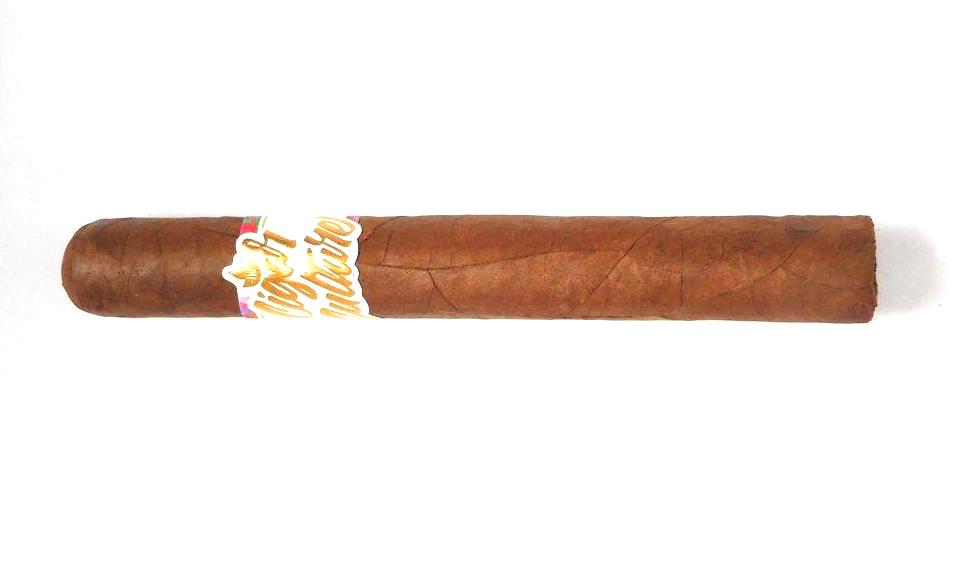 Culture Blend No. 3 by The Cigar Culture

Social media groups have been a big part of consumer engagement on cigars over the past year. One such group is “The Cigar Culture.” It’s a group spearheaded by Adrian Acosta, a cigar industry veteran with the goal of bringing consumers information and education on the tobacco industry. Acosta has worked in many facets of the cigar industry – from retail at Nat Sherman, to National Sales Manager for AJ Fernandez Cigars, and now as working as an independent broker. Over the years, several of these groups have also had exclusive cigars released to them. This past fall, The Cigar Culture would release its first blend – Culture Blend No. 3. It’s the cigar that we are going to take a look at in today’s assessment.

Acosta actively participated in the development of this project. Last year, while working as a broker for La Familia Robaina,  he played a role in the development of that company’s Ilegal Habano blend. With Culture Blend No. 3, Acosta has said he went through over 60 blends to get the desired blend. Culture Blend No. 3 is a cigar that is being offered to retailers. It is a small-batch production where only 25,000 cigars have been produced.

Without further ado, let’s break down Culture Blend No. 3 and see what this cigar brings to the table.

When the Deeming Regulations for premium cigars came into play in 2016, many manufacturers became tight-lipped when it comes to cigar blends. But in the case of Culture Blend No.3, the available information is quite detailed – in addition to the varietal of the leaf, information on the country of origin, farm, and vintage (harvest year) is provided.

Production is handled out of the Dominican Republic at Tabacalera El Puente.

The Culture Blend No. 3 is offered in one size – a 6 x 50 Toro. The cigars are packaged in ten-count bundles.

Many know of my disdain for paper-wrapped cigar bundles. While they look pretty, they do not allow the consumer to see the cigar inside, nor are they retail-friendly on the shelf. One thing I really like about the Culture Blend No. 3 packaging is there is a “window” in the paper bundle that allows someone to get a glimpse of the cigar. 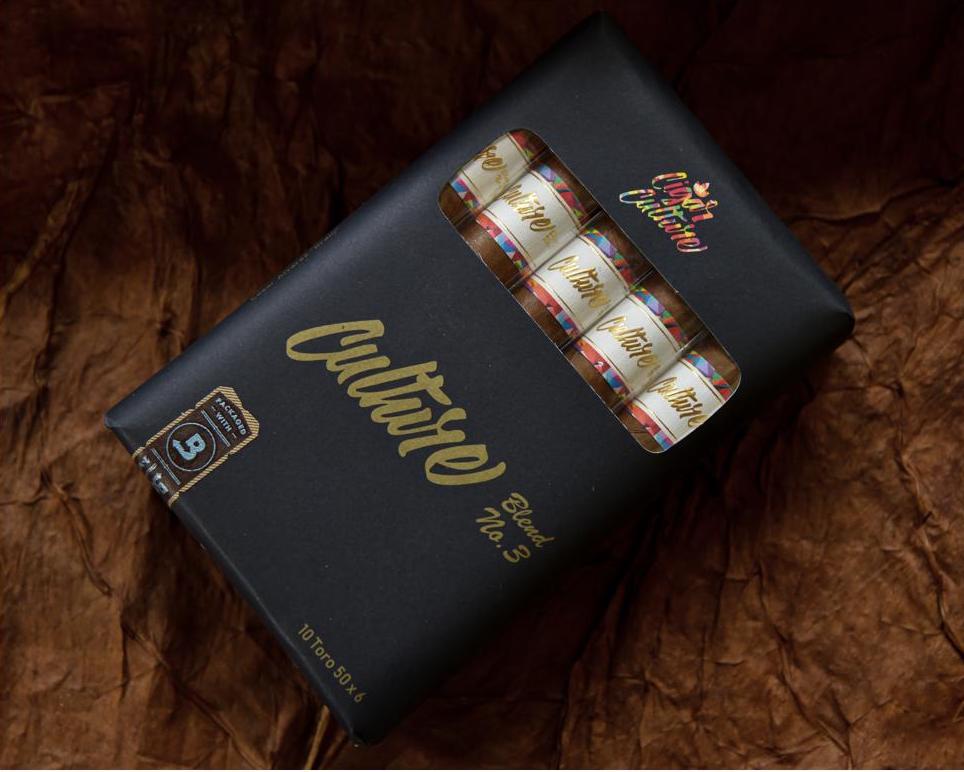 The Habano 2000 wrapper of the Culture Blend No. 3 had a medium brown color with a Colorado-red tint to it. There was some subtle mottling on the surface of the wrapper – and a very light sheen of oil on the surface. There were some visible veins and some visible wrapper seams, but overall the wrapper was on the smoother side.

Prior to lighting the Culture Blend No. 3, a straight cut was used to remove the cap. Once the cap was removed, it was on to the pre-light draw phase. The cold draw delivered a mix of cedar, cream, and dusty earth. This wasn’t the most exciting pre-light draw, but given the pre-light draw does not factor into the merit score or value rating, there was no loss of points here. At this point, it was time to light up the Culture No. 3 and see what the smoking phase would have in store.

The Culture Blend No. 3 picked up where the pre-light draw left off with more notes of earth, cream, and cedar. The cedar notes jumped out into the forefront. The cream and earth notes settled in the background and were joined by vanilla bean and natural tobacco. As the Culture Blend No. 3 burned through the first third, the natural tobacco displaced the cedar. The cedar would join the earth, cedar, and vanilla notes as secondary notes. Meanwhile, there was a combination of red pepper and cedar on the retro-hale.

Just past the midway point of the Culture Blend No. 3, there was a slight increase in the pepper and cedar. As the Culture No. 3 moved through the final third, the natural tobacco remained primary. The notes of mustiness, red pepper, cedar, and earth remained in the background. This is the way the Culture Blend No. 3 came to a close. The resulting nub was slightly soft to the touch and cool in temperature.

There was some choppiness on the burn line throughout the smoking experience of the Culture Blend No. 3. Frequent touch-ups were needed to keep the burn on track. The touch-ups did the trick, but there were slightly more touch-ups than I prefer. The resulting ash was light gray in color. This was an ash skewed toward the loose side, and there was some flaking present along the way. As for the burn rate and burn temperature, both were ideal. 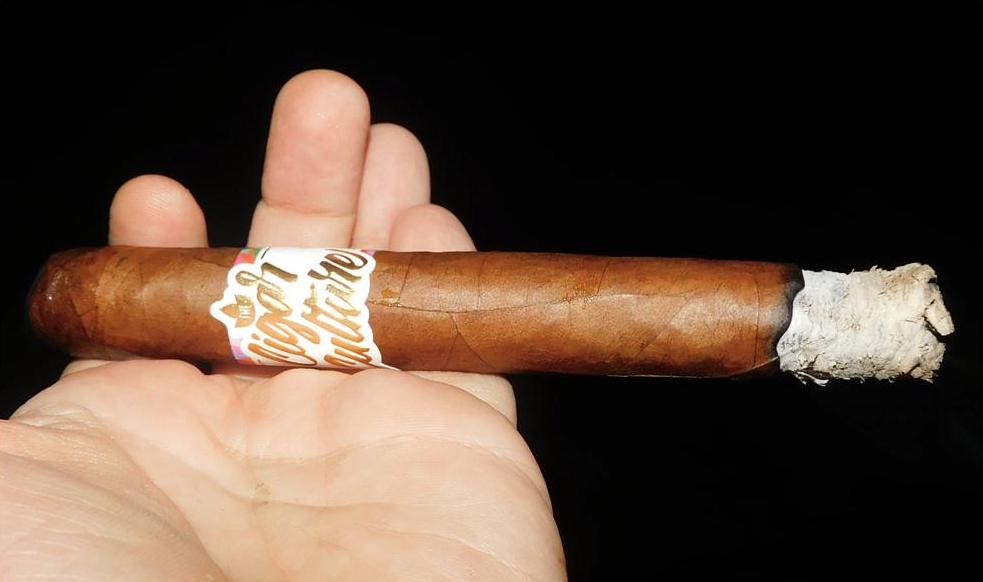 Burn of the Culture Blend No. 3 by The Cigar Culture

The draw to the Culture Blend No. 3 performed quite well. There was a touch of resistance to it – which is something I prefer. At the same time, this was a low maintenance cigar to derive flavor from.

The Culture Blend No. 3 is a cigar that delivered a medium strength, medium-bodied experience from start to finish. During the smoking experience, there was little variance in terms of the intensity levels of the strength and body. At the same time, when comparing strength versus body, both attributes balanced each other nicely with neither attribute overshadowing the other.

If you are looking for something different than you have seen on the market, Culture Blend No. 3 fills the bill. One thing that stands out is that this cigar delivers a nice amount of complexity. In terms of the flavors, I did find the first half to be better than the second half. The transition from the vanilla bean to some of the musty notes was indicative of this. In the end, I did see more positives than negatives with this cigar. It is good enough to still recommend this cigar to the novice or experienced cigar enthusiast. As for myself, it’s a cigar I would go back and smoke again – and it’s one that has me curious how it would do in other sizes as well as with more aging.