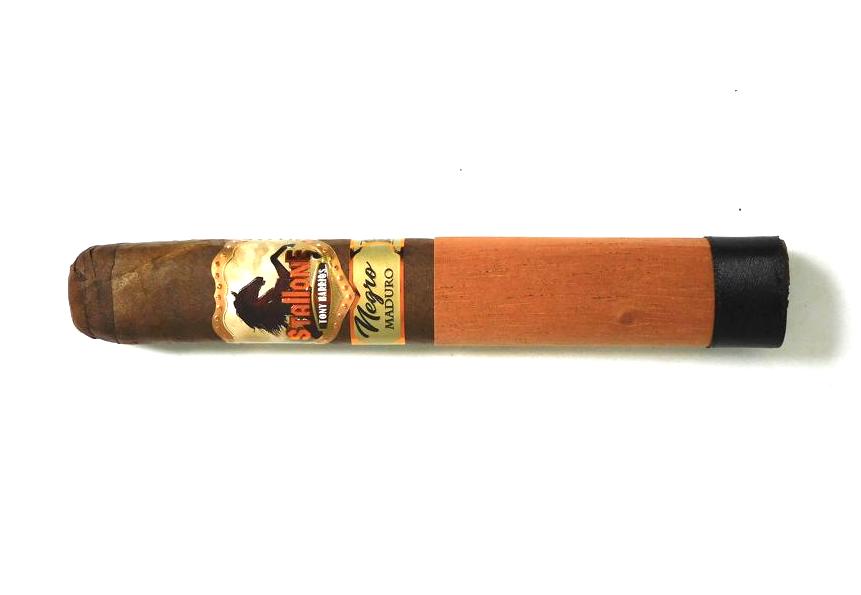 Since the U.S. Food and Drug Regulations Deeming Rule was promulgated back in 2016, it has had an effect on newer companies entering the cigar industry. In particular, this has also reduced the amount of first time companies exhibiting at the IPCPR/PCA Trade Show, and has reduced the amount of large-scale debuts at this Trade Show. In 2020, Stallone Cigars was planning to launch in the U.S. market in a grand way at the PCA Trade Show. The release was going to bring a six blend line known as the “Cowboy Series.” While the COVID-19 pandemic led to the cancellation of the Trade Show, it did not stop Stallone Cigars from making its U.S. debut. Today we take a look at one of the cigars that is a part of the Cowboy Series, the Stallone Negro Maduro in the Toro size.

The name Stallone is Italian for stallion and it reflects on the theme of the company. The company was founded by Tony Barrios, who is a cutting horse competitor. For the Cowboy Series, the cigars draw an analogy between the color of the wrapper and the color of the horse.

Without further ado, let’s dive deeper into the Stallone Negro Maduro Toro and see what this cigar brings to the table.

One distinguishing feature about the Stallone Negro Maduro Toro is that is a 100% Nicaraguan puro. It is also produced at Tabacalera La Perla in Estelí, Nicaragua – which also handles production for the whole Cowboy Series. Tabacalera La Perla is operated by Guillermo Peña, who is probably best known for handling production for Paul Stulac Cigars.

The Stallone Negro Maduro is offered in three sizes. Each of the vitolas is box-pressed. The cigars are presented in 20-count boxes.

The Nicaraguan wrapper of the Stallone Negro Maduro Toro had a rich chocolate color to it. The surface of the wrapper had a very thin sheen of oil on it. This was a smoother wrapper with thin visible veins and thin visible seams. The box-press had a soft Cuban press style to it. 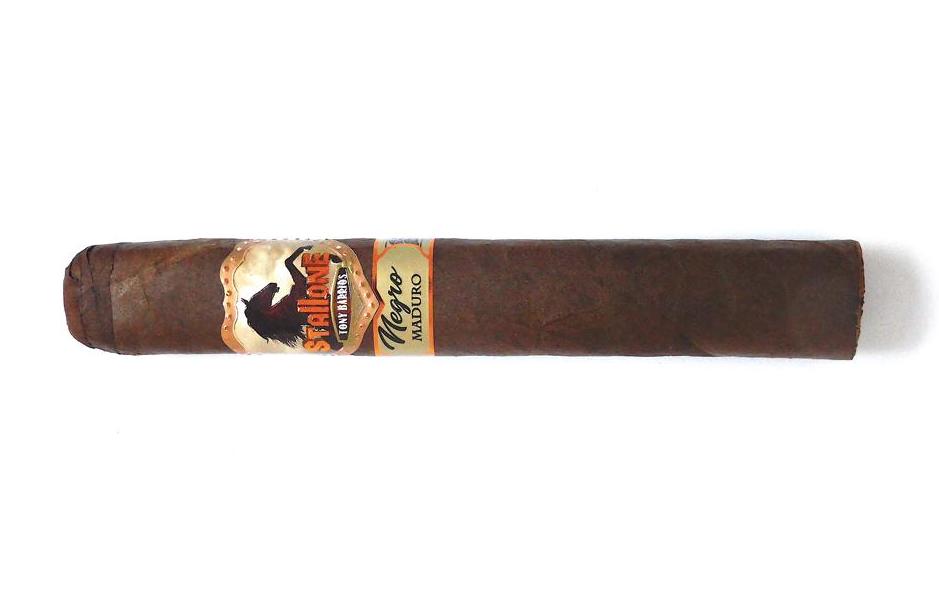 There are two bands on the Stallone Negro Maduro Toro. On the center of the band is a dark-colored horse on a pewter-colored cloudy background. Across the horse is the text “STALLONE” in copper font. Below the text is the text “TONY BARRIOS” in white font on a brown background. The image and text are surrounded by a metallic-design frame with copper rivets on it. The left and right sides of the band also have a pewter-colored cloudy background with copper trim on the top and bottom. The left side of the band has the text “NICARAGUA” in dark font. The right side of the band has a pewter and copper-colored horseshoe design.

The secondary band has a pewter background with copper trim. The center of the band has the dark-font text “Negro MADURO” with the “Negro” text in cursive. The left and right sides of the band are decorated with black leaves.

The bottom half of the cigar is covered with a cedar sleeve. There is a black-colored ribbon over the cedar sleeve by the footer area.

After removing the cedar sleeve from the Stallone Negro Maduro Toro, a straight cut was used to remove the cap of the cigar. Once the cap was removed, it was on to the pre-light draw. The cold draw delivered a mix of earth and leather with hints of spice and sweetness. Overall this was a satisfactory pre-light draw. At this point, it was time to light up the Stallone Negro Maduro Toro and see what the smoking experience would have in store.

The Stallone Negro Maduro Toro started out with a mix of chocolate, earth, dried fruit, black pepper, and cedar. Early on the chocolate notes moved into the forefront with the earth, fruit, pepper, and cedar notes settling in the background. As the cigar moved through the first third, there was a gradual increase in the earthy notes. Meanwhile, there was a layer of mixed black and red pepper notes on the retro-hale.

The burn of the Stallone Negro Maduro Toro did meander from time to time. This required multiple touch-ups along the way. While the touch-ups did the trick of keeping the burn on track, there were slightly more touch-ups than I normally prefer. The resulting ash was gray in color and was on the firm side. The burn rate was ideal. As for the burn temperature, it was cool until the very last puffs where it got slightly lukewarm. By that point, it was time to put down the cigar. 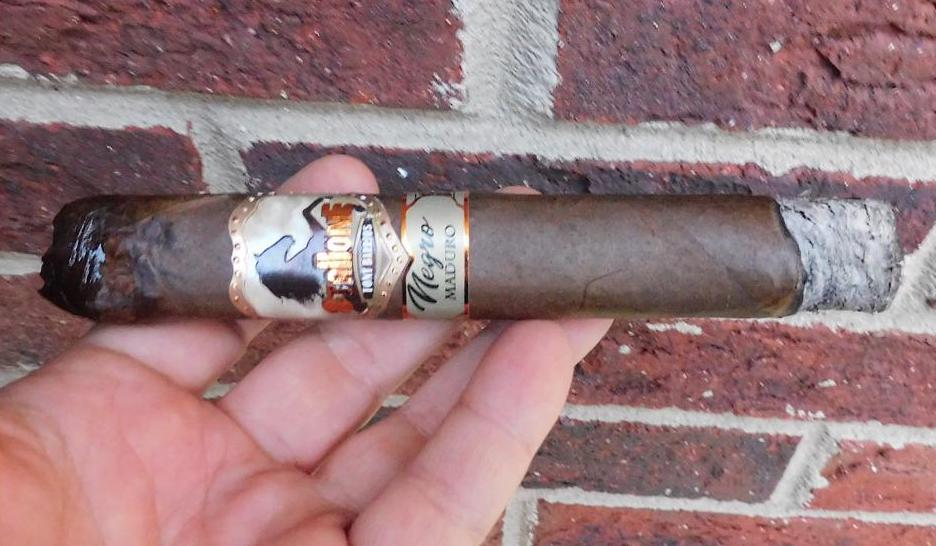 The draw to the Stallone Negro Maduro Toro was open. Normally I do prefer a little more resistance on my draw. At the same time, this was a cigar that produced an abundant layer of smoke during the cigar experience.

The Stallone Negro Maduro Toro was a bold cigar. This is a cigar that started out medium to full in strength and body. Both attributes increased in intensity. By the midway point, the favors of the cigar had moved into full-bodied territory. In terms of strength versus body, the body maintained a slight edge throughout the smoking experience.

The Stallone Negro Maduro Toro was my first introduction to Stallone Cigars. I had been quite intrigued to try this brand – especially because I was familiar with Guillermo Peña’s work with Paul Stulac. The good news is my expectations were met with flying colors. While the flavor profile was somewhat predictable with this cigar, the Stallone Negro Maduro Toro is very much an excellent representation of a bold Nicaraguan puro. This is a cigar that earns the Cigar Coop Standard of Excellence at 90 points. It’s also a great value as it comes in under $8.00.

Since this a bolder cigar, I’d recommend this to a more seasoned cigar enthusiast. As for myself, this is a cigar I would buy and smoke again. It’s a cigar that delivers value and certainly garners box worthy consideration in my book.