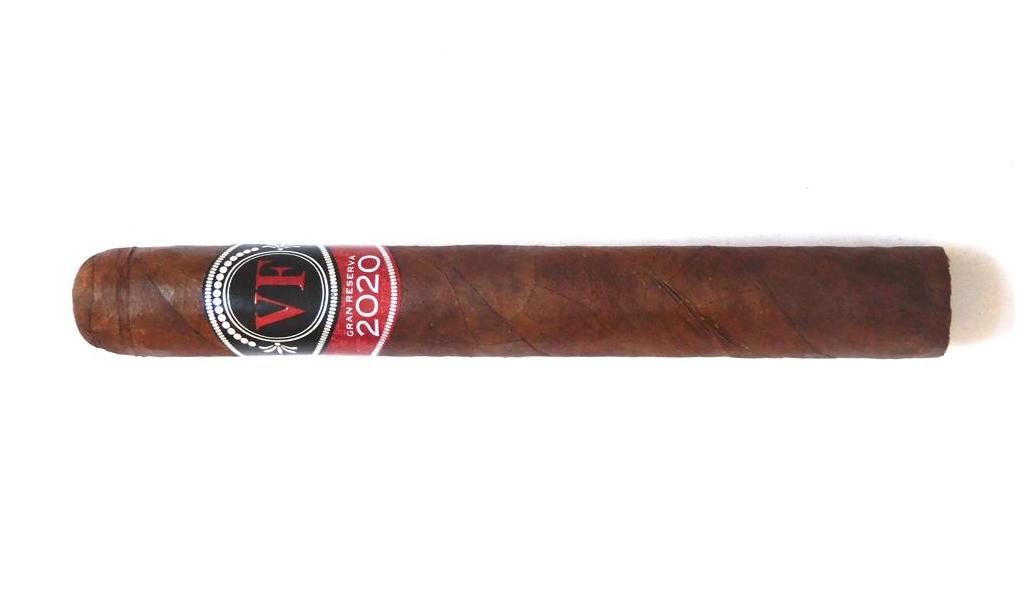 Without further ado, let’s break down the VegaFina Gran Reserva 2020 and see what this cigar brings to the table.

The blend for the VegaFina Gran Reserva 2020 consists of a combination of Nicaraguan and Dominican tobaccos. As mentioned, the tobaccos have been aged for five years. The wrapper and binder of Nicaraguan Habano while the filler is all Dominican. 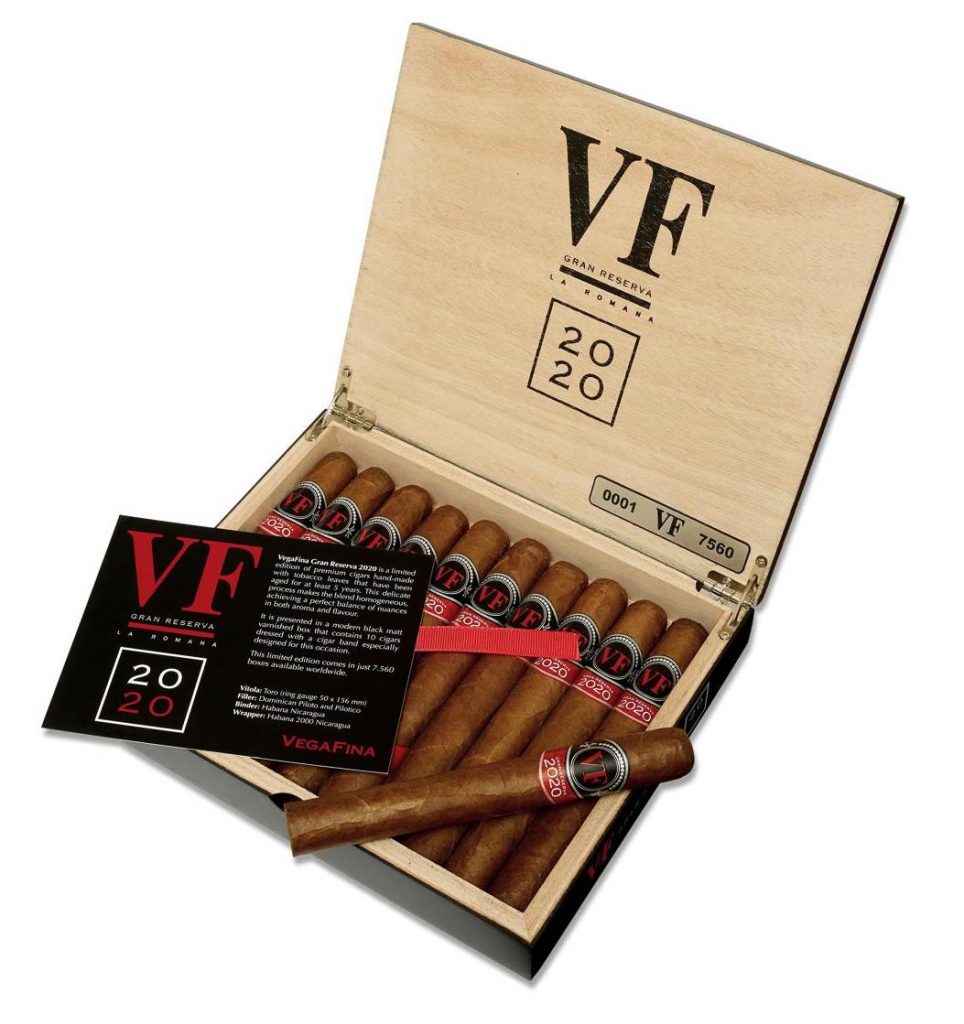 The Nicaraguan wrapper of the VegaFina Gran Reserva 2020 had a medium-brown color with a strong Colorado reddish tint to it. Upon closer examination, there was some mottling present on the surface. The wrapper had a light sheen of oil on it.  This was a wrapper that was slightly toothy with some visible veins and some visible wrapper seams.

A straight cut was used to remove the cap of the VegaFina Gran Reserva 2020. Once the cap was removed, it was on to the pre-light draw phase. The cold draw delivered notes of cocoa, classic wood, and must. Overall this was a satisfactory pre-light draw experience. At this point it was time to toast up the VegaFina Gran Reserva 2020 and see what the smoking phase would have in store.

The VegaFina Gran Reserva 2020 started out with notes of musty natural tobacco, cocoa, citrus, and black pepper. While musty notes might not seem exciting, in the case of the VegaFina Gran Reserva 2020, they worked quite effectively. Early on the cocoa notes moved to the forefront with the musty notes a close secondary note while the citrus and black pepper notes were further back. There was an additional layer of black pepper present on the retro-hale.

By the last third the musty natural tobacco notes were the primary note with the pepper now much closer to the forefront. There were still notes of citrus and cocoa present. This is the way the VegaFina Gran Reserva 2020 came to a close. The resulting nub was slightly soft to the touch and cool in temperature.

While the VegaFina Gran Reserva 2020 maintained a relatively straight burn path, there was some jaggedness several times on the burn line that did require touch-ups. There was a slightly above normal number of touch-ups required. The resulting ash was mostly silver-gray. This was an ash that was skewed toward the firmer side. The burn rate and burn temperature were ideal. 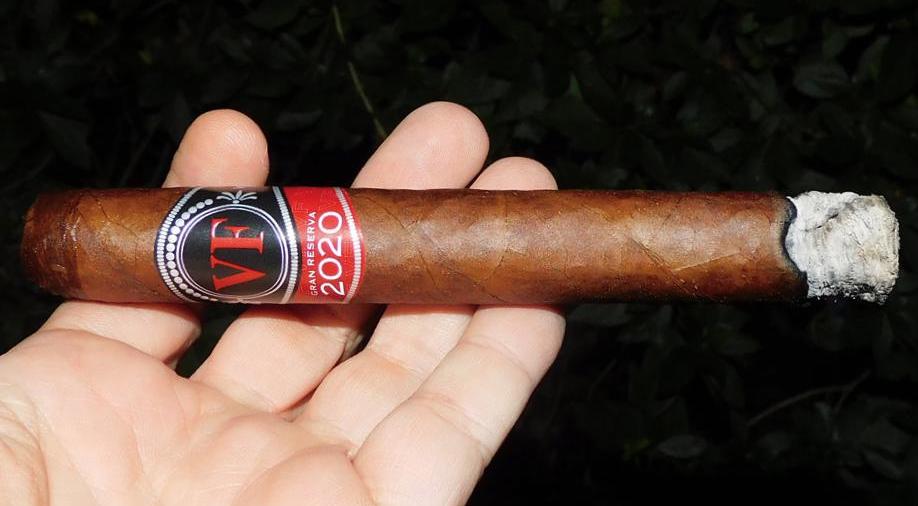 Burn of the VegaFina Gran Reserva 2020

The draw of the VegaFina Gran Reserva 2020 was on the snug side from time to time. Normally I prefer a little resistance on my draw, but there were points where there was more resistance than I prefer. The cigar never went out, nor was it ever at a plugged state. However, there were points this draw required more work than normal.

While VegaFina is certainly known for its milder offerings, I found the VegaFina Gran Reserva 2020 to be relatively bolder than what I’m used to from VegaFina. This was a cigar that was medium in strength and medium in body from start to finish. There was a slight amount of variance in the intensity levels, but in the end, this cigar stayed in the medium range.

In terms of strength and body, both attributes balanced each other nicely with neither attribute getting the edge.

Overall, the VegaFina Gran Reserva 2020 series has been one that has been satisfying to me. One thing I have liked about VegaFina is the brand is expanding its horizons and becoming a brand that can appeal to a wider range of cigar enthusiasts. The recently released VegaFina Fortaleza 2 Andullo is a good example of this – and the Gran Reserva cigars have been another one. The Gran Reserva 2020 is not a cigar that’s for everyone, but it is a solid cigar – and not something that is cookie cutter. It’s a cigar I could recommend to any cigar enthusiast – especially one looking to get out of one’s comfort zone. It’s a cigar that has good value (priced in Spain under 8 Euros), and it’s one that I certainly would buy and smoke again.