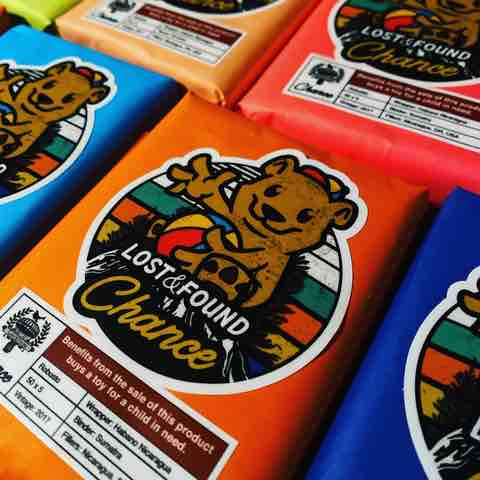 Lost & Found has announced its latest release with a charitable purpose known as “Chance.” It’s a cigar that is done in support of Toys for Tots.

Lost & Found Chance features Nicaraguan Habano wrapper, Sumatra binder, and fillers from Nicaragua, the Dominican Republic, and the United States. The cigar is available in a 5 x 50 Robusto and is packaged in ten-packs.

According to Lost & Found, the sale of each pack will provide a toy for a child in need through the Toys for Tots Foundation.

Toys for Tots is a program run by the United States Marine Corps Reserve which distributes toys to children whose parents cannot afford to buy them gifts for Christmas. The program was founded in 1947 by reservist Major Bill Hendricks.

Lost & Found is a company founded by Robert Caldwell, Tony Bellatto, and Jaclyn Sears. The company typically buys up releases from factories, gives it new packaging, and then makes them available for consumers. The charitable releases have been released under the umbrellas of Give a F**k (GAF) and No Free Lunch.