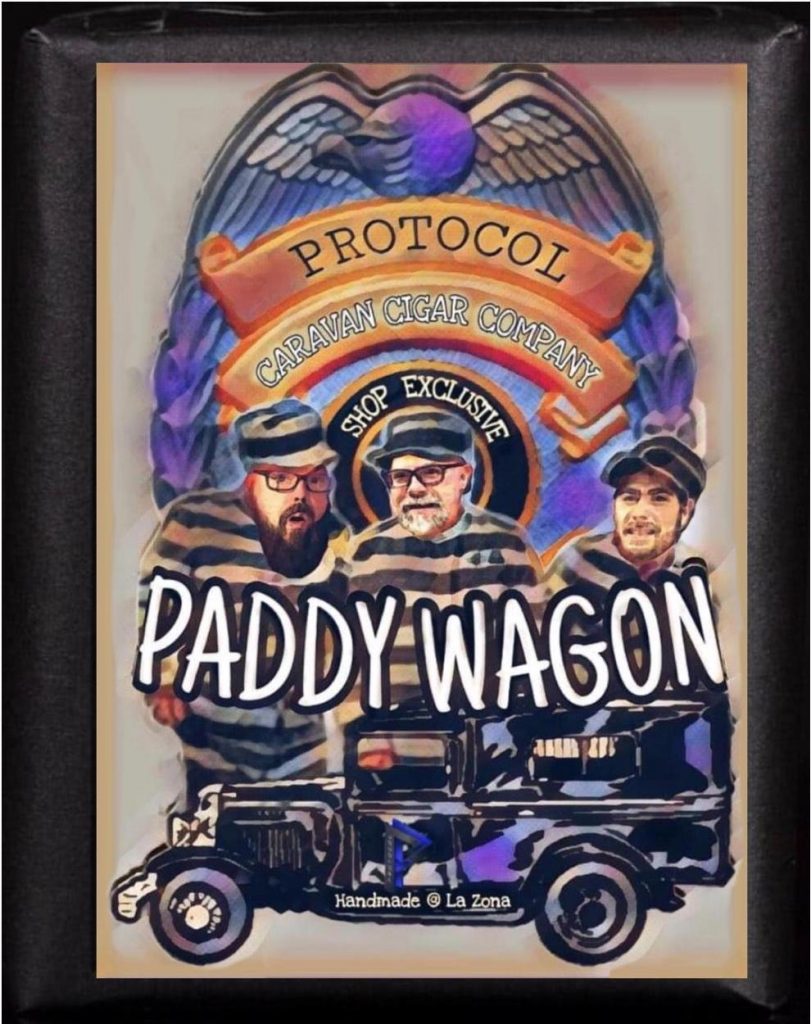 Protocol Cigars has announced the Protocol Paddy Wagon. It is an offering that will be sold exclusively through Caravan Cigar Company in Bath Pennsylvania.

The Protocol Paddy Wagon keeps to the company’s theme of law enforcement. It is a term used to describe a large police vehicle or van used to transport prisoners. “When we do projects with shops we try our best to personalize that project to that specific shop. We do this to totally immerse the shop and its spirit into the project. Here the Shop is called Caravan Cigar Company because the company started doing mobile cigar events at fairs out of the back of the family Caravan. We looked at the concept of a Caravan and tried to see how we could relate it to the law enforcement world. That’s how The Paddy Wagon was born,” said co-founder Juan Cancel in a press release.

The Paddy Wagon is being produced at the La Zona Factory in Esteli, Nicaragua, under the watchful care of Erik Espinosa. The incorporates a San Andres Maduro wrapper over a Nicaraguan binder and filler featuring tobaccos from Jalapa and Condega. It will initially be offered in a 6 x 52 box-pressed Rabito (featuring a signature short pig-tail). The cigar will be packaged in ten-count paper bundles.

“When we do a project for people we want them to feel like their soul is part of the project. We involve them from marketing, to picking the vitola and even in the blending process. We had Brian Lewis, owner of Caravan Cigar Company work closely with La Zona’s blender, Hector Alfonso Sr. Brian did a great job. The cigar is fantastic,” added Kevin Keithan.

The Protocol Paddy Wagon will be launched on December 19, 2020, at the company’s store and website. In addition, a virtual event will be held on December 19th at 5pm on the Cigar Dojo/Protocol Cigars Whereby Lounge where attendees can directly participate or watch from Facebook.

“We are very excited for this project. The release falls on our 3rd year anniversary of Caravan Cigar Company. We specialize in boutique cigars and have always had a great relationship with Protocol Cigars. With us being an Espinosa Lounge it’s great to have all the Protocol Cigars Lineup and now an exclusive that can only be found here!” commented Brian Lewis of Caravan Cigar Club.

At a glance, here is a look at the Protocol Paddy Wagon: