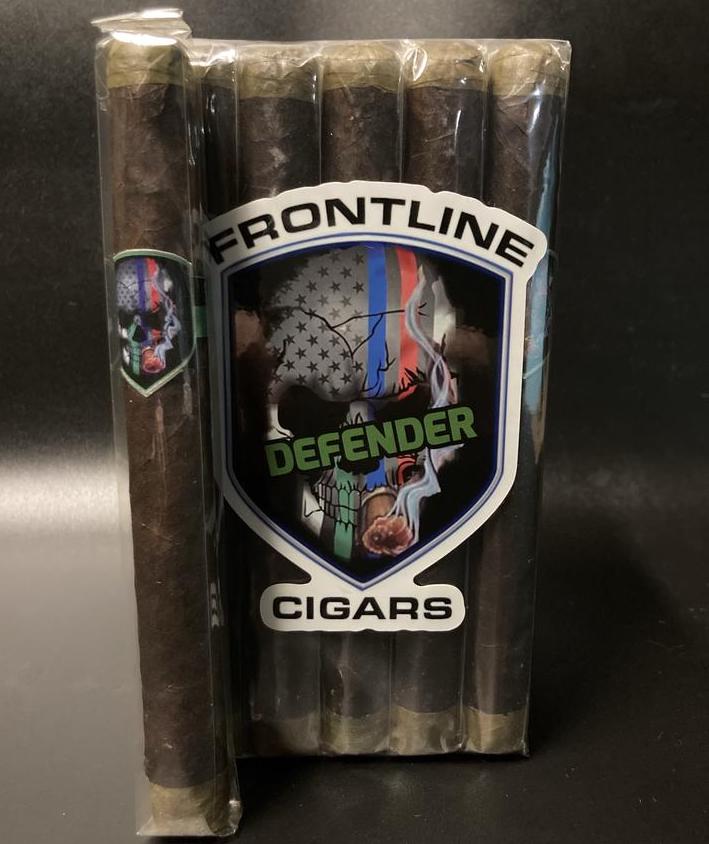 Frontline Cigars has introduced a Lonsdale offering to its military inspired “Green Line” Defender Cigar Series. The Lonsdale is a 6 1/2 x 44 line extension.

The Defender features a San Andres Maduro wrapper with candela on the foot and head paying homage to the military. In addition, the cigar incorporates Nicaraguan tobaccos for the binder and filler. The filler is from Estelí and Jalapa with some ligero primings to amp up the cigar. Production is handled at Tabacalera La Familia, a newer factory owned and operated by Rafael Jaca, owner of Don Rafa Premium and Sweets Cigars.

The Defender was launched in 2021 in four sizes: Corona, Robusto, Toro, and Gordo. Since its launch, the Gordo has been taken out of production due to size preference.

The Defender Lonsdale is available at Frontlinecigars.com with an MSRP of $7.25.