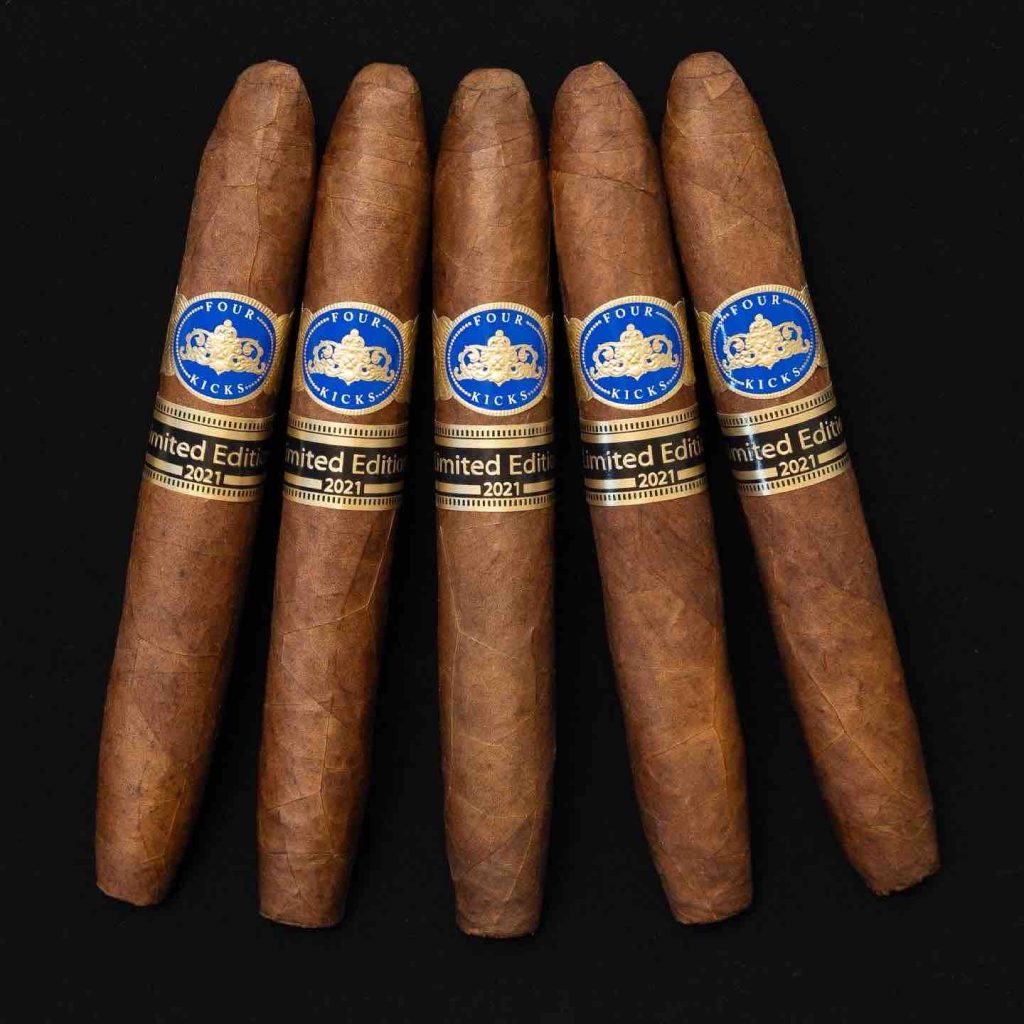 In 2020 Crowned Heads released Four Kicks Capa Especial, a blend based upon the original Four Kicks, with a modified filler and an Ecuadorian Sumatra wrapper. The story of this cigar goes back ten years when the company was working with Ernesto Perez-Carrillo Jr and Tabacalera La Alianza on blend selection. At the time, there were three options. Two of the blends favored by Crowned Heads had an Ecuadorian Habano wrapper. The third option was favored by Perez-Carrillo and it featured an Ecuadorian Sumatra wrapper with a slightly tweaked filler. Ultimately Crowned Heads selected one of the Habano blends.

During the time of blend selection of Four Kicks, Ernesto gifted Crowned Heads co-founder Jon Huber with a unique and special cigar. The cigar had a truly vintage aesthetic to it in terms of visual appeal and shape. Ernesto simply referred to the cigar as “águilas.” That cigar was placed in a ziplock bag, labeled “águilas,” and was stored away in Huber’s modest 50-count humidor at his home where it remains to this day.

Now the Águilas size comes to the Four Kicks Capa Especial line. In addition to the Sumatra wrapper, the cigar features a Nicaraguan binder and a combination of Nicaraguan and Dominican fillers. The cigars are packaged in 12-count boxes with a total production of 3,000 boxes (36,000 cigars). Pricing is set at $10.95 per cigar.

At a glance, here is a look at the Four Kicks Capa Especial line: