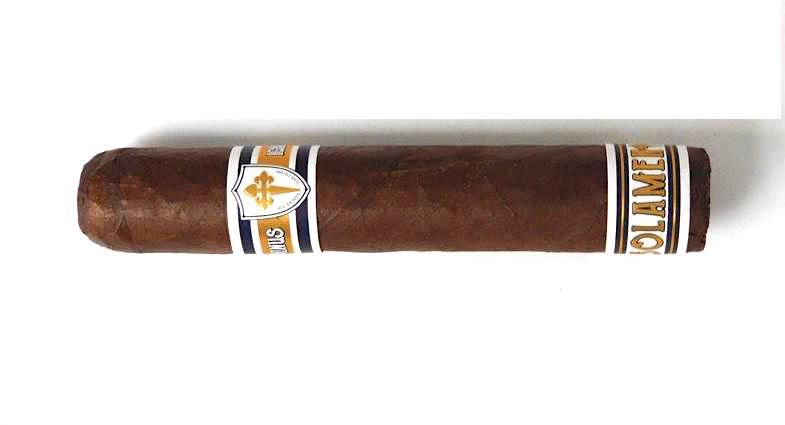 Late in 2019, industry veteran Micky Pegg made his official return to the cigar industry. Pegg was best known for being the Vice President of Sales at CAO Cigars, and prior to that, his time with Davidoff, Felipe Gregorio Cigars, and Georgetown Tobacco. Shortly after CAO was absorbed into General Cigar Company, Pegg would take a hiatus from the Cigar industry. Much like many who leave the cigar industry, they are eventually drawn back in. Pegg soon decided to come back to the industry and launch a company. The company was called All Saints Cigars, and the first release was a limited edition cigar known as Solamente. Today, we take a closer look at the All Saints Solamente Cigar.

Closed box of the All Saints Solamente

To handle production, All Saints Cigars teamed up with Rocky Patel Premium Cigars’ TAVICUSA facility in Estelí, Nicaragua. In addition to launching Solamente, All Saints Cigars launched a regular production cigar in 2020 known as Dedication. According to Pegg, who appeared on Prime Time Episode 174, Solamente was an accident. It was something he was working on at the factory a couple of years earlier. Without his knowledge, the factory ended up rolling 15,000 cigars. The name Solamente comes from Amilcar Perez-Castro of the TAVICUSA factory referring to the cigars rolled as “Solamente” – which means one size. Pegg says that Solamente is currently set to be a one-time release, but he does have the capability of replicating the release. Pegg says this won’t be any time soon as he does have other projects in the queue.

Without further ado, let’s break down the All Saints Solamente and see what this cigar brings to table.

The All Saints Solamente consists of an Ecuadorian Habano wrapper over Nicaraguan binder and filler. As mentioned the cigars are made at Rocky Patel Premium Cigars’ TAVICUSA facility in Estelí, Nicaragua.

All Saints Solamante is offered in one size – a 5 x 58 Robusto Gordo. The cigars are presented in 20-count boxes. 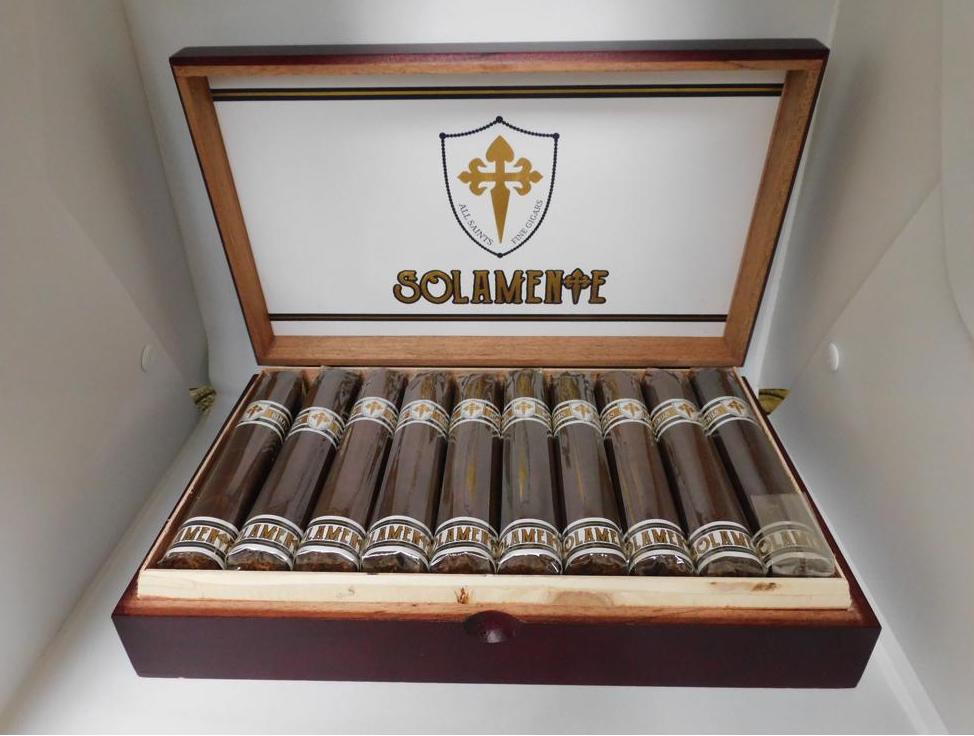 Open Box of All Saints Solamente

The Ecuadorian Habano wrapper of the All Saints Solamente had a roasted coffee bean color to it. There wasn’t much on the surface in terms of oil. There was a light amount of mottling on the surface. While there were some visible veins, the dark color of the wrapper did a good job at hiding the wrapper seams. 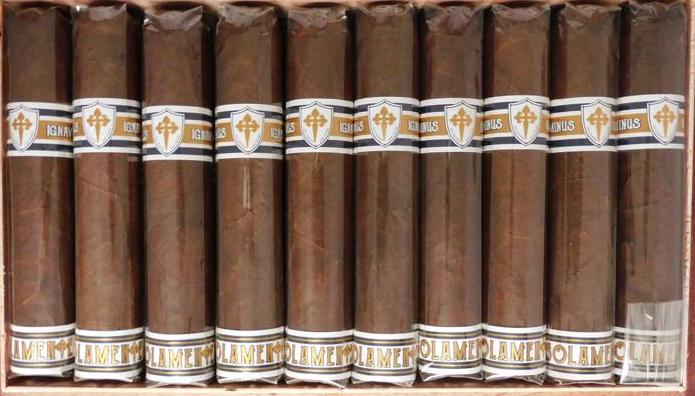 Close up of the All Saints Solamente

There are two bands on the All Saints Solamente. The primary band has a white shield with blue trim on it. On the center of the shield is a gold cross of St. James, who happens to be the patron Saint of Nicaragua. Just under the cross is the text “ALL SAINTS CIGARS” in blue font.  To the left and right there is a horizontal gold stripe with a blue stripe just above and below it – all on white background. On the left gold stripe is the text “ODIT DOMINUS” in white font with blue trim. On the right gold stripe is the text “IGNAVUS AGIT” – also in white font with blue font.

The second band is white with blue and gold striping near the top and bottom. On the center of the band is the text “SOLAMENTE” in gold font with blue trim. The “T” in “SOLAMENTE” is actually replaced with the cross of St. James.

A straight cut was used to commence the experience of the All Saints Solamente. Once the cap was clipped from the cut, it was on to the pre-light draw ritual. The cold draw delivered a mix of natural tobacco, a slight fruit note, and subtle floral note. Overall this was a satisfactory pre-light draw. At this point it was time to remove the footer band, toast up the All Saints Solamente and see what the smoking phase would have in store.

During the second third of the All Saints Solamente, the wood and fruit notes took over as the primary notes. The natural tobacco joined the pepper notes in the background. As the cigar progressed through the second third, there was an increase in the red pepper component.

By the final third, the red pepper joined the fruit and wood notes in the forefront. These flavors were rounded off by natural tobacco notes from the background. This is the way the All Saints Solamente came to a close. The resulting nub was cool in temperature.

Overall the All Saints Solamente took a straight burn path. The burn line seemed more jagged at the start of the cigar, but straightened later. Throughout the smoke, there were numerous touch-ups made. While this kept the burn straight, there was a slightly more than average number of touch-ups needed. The resulting ash had a salt and pepper color that was slightly loose. Meanwhile, the burn rate and burn temperature were both ideal. 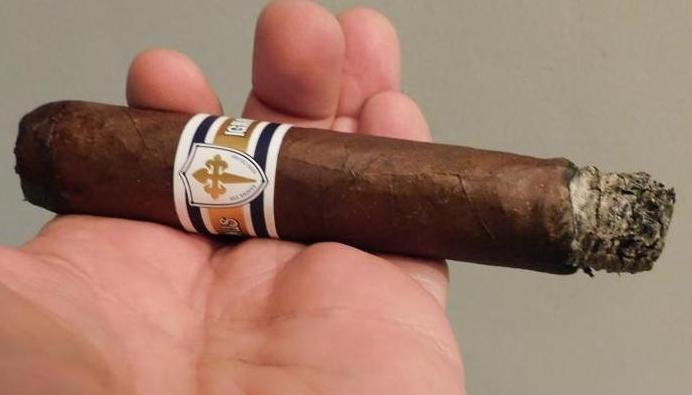 Burn of the All Saints Solamente

There was a slight resistance to the draw of the All Saints Solamente. This worked perfect on the 5 x 58 format and made for an ideal draw while presenting no problems deriving flavor.

The good news if you are looking to find a good limited edition cigar that floats under the radar, the All Saints Solamente is for you. This was an impressive, well-balanced cigar. I liked how the flavors meshed with the 5 x 58 format. I’m not sure this will win over someone who doesn’t like big ring gauges, but if you like a good 58 ring gauge, this is certainly a cigar that delivers. While I’m still inclined to recommend this to a more experienced cigar enthusiast, a novice who wants something on the bolder side might also enjoy it. As for myself, this is a cigar I would not only smoke again, but I would buy multiples for my humidor. At 90 points, it earns the designation for Cigar Coop Standard of Excellence.