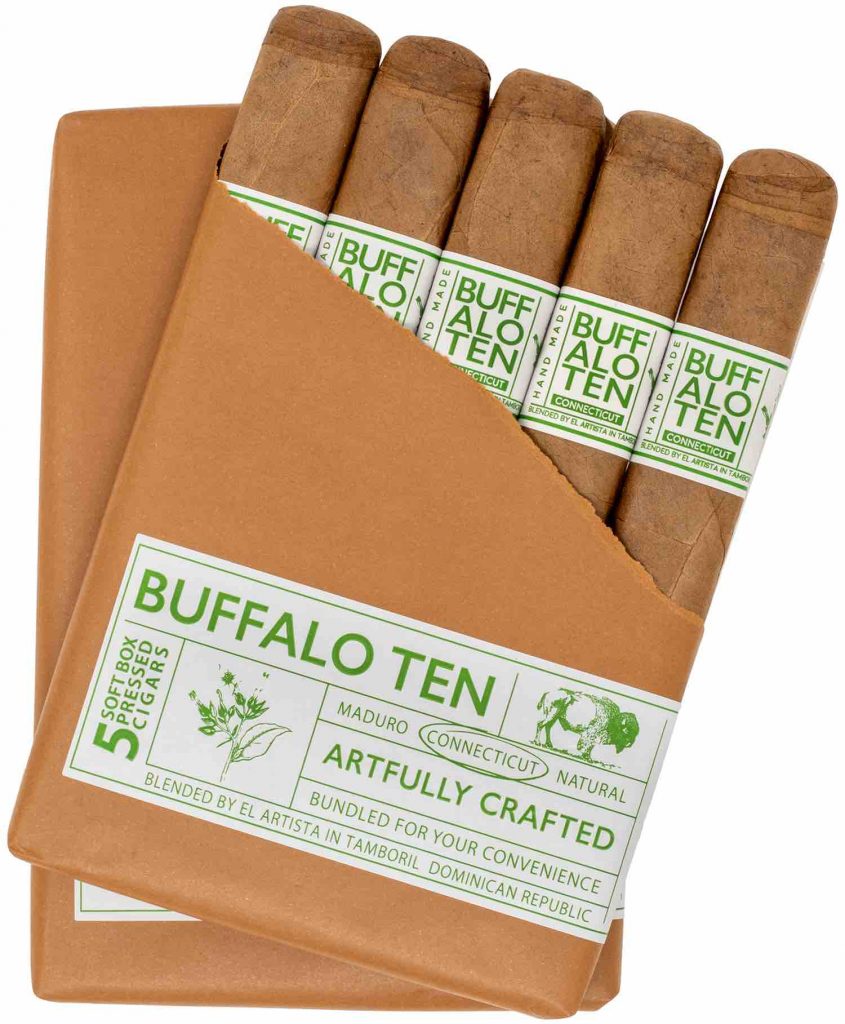 El Artista has announced the launch of the third blend in its Buffalo TEN Series, the Buffalo TEN Connecticut. The cigar will be showcased at the 2021 Premium Cigar Association (PCA) Trade Show opening on July 10th.

This flagship product line has performed so well,” says Radhames ‘Ram’ Rodriguez, President of El Artista Cigars, “we just had to bring out one more blend, this time in a Connecticut grown in our farms in Ecuador.”

“Buffalo TEN truly demonstrates the strengths of El Artista,” says Kevin Newman, Director of Sales & Marketing, “the factory team worked with us to source some of the best tobaccos available and integrate a few factory-exclusives for a phenomenal blend at an incredible price”.

Like the Maduro and Natural offerings, the Buffalo TEN Connecticut is available in one size, a soft box-pressed 6 x 50 Toro, and El Artista offers it in two retail packages, as a pack ($22.50 MSRP) in a wooden retail shelf display that holds five five-packs or as a single-stick purchase ($5.00 MSRP) from a 40-ct retail bundle tray.

“Over the last two years Retailers have embraced Buffalo TEN in terms of packaging options and a great price point; Consumers the world over have told us to keep making more and we feel the Connecticut continues the theme of quality and value both consumers and the brick & mortar retailer have come to know and love,” added Ram.

Buffalo TEN Connecticut first went on sale in Norway through Nordic Cigars at the beginning of June. The cigar’s full launch will take place at the trade show with cigars shipping to retailers in August.

At a glance, here is a look at the Buffalo TEN Connecticut: