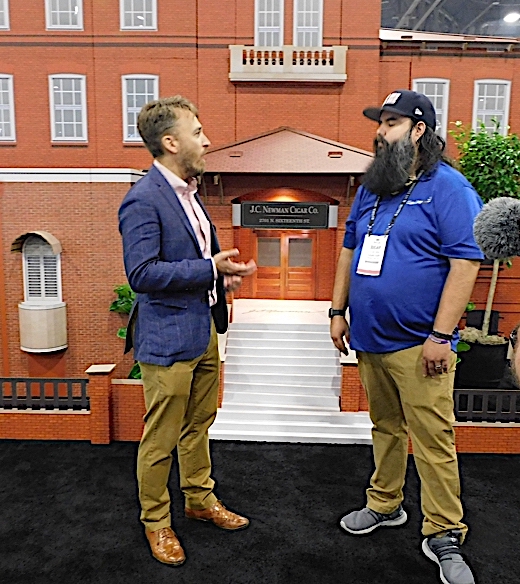 At the 2021 Premium Cigar Association Trade Show, Drew Newman of JC Newman Cigar Company told the Cigar Coop team production that a new project out of the El Reloj factory in Tampa, Florida has commenced known as the Angel Cuesta.

El Reloj is a 111-year-old cigar factory that recently underwent some renovations. JC Newman rolls much of their cigars by hand-operating antique cigar machines, but a few years ago hand-rolling returned to El Reloj when the company started rolling The American, the 2020 Cigar Coop Cigar of the Year.

Newman told Bear Duplisea a third roller was added to support the production of the Angel Cuesta.

Angel Cuesta is named for Angel LaMadrid Cuesta, one of the co-founders of the iconic Cuesta-Rey line. Cuesta came to the U.S. in 1884 and opened his own cigar factory. Eventually, Cuesta would join forces with Peregrino Rey and Cuesta-Rey was born.

Newman said the blend for the Angel Cuesta consists of an Ecuadorian Havana wrapper over a Cameroon binder and aged Nicaraguan fillers. He hopes the cigar will be launched later this year.