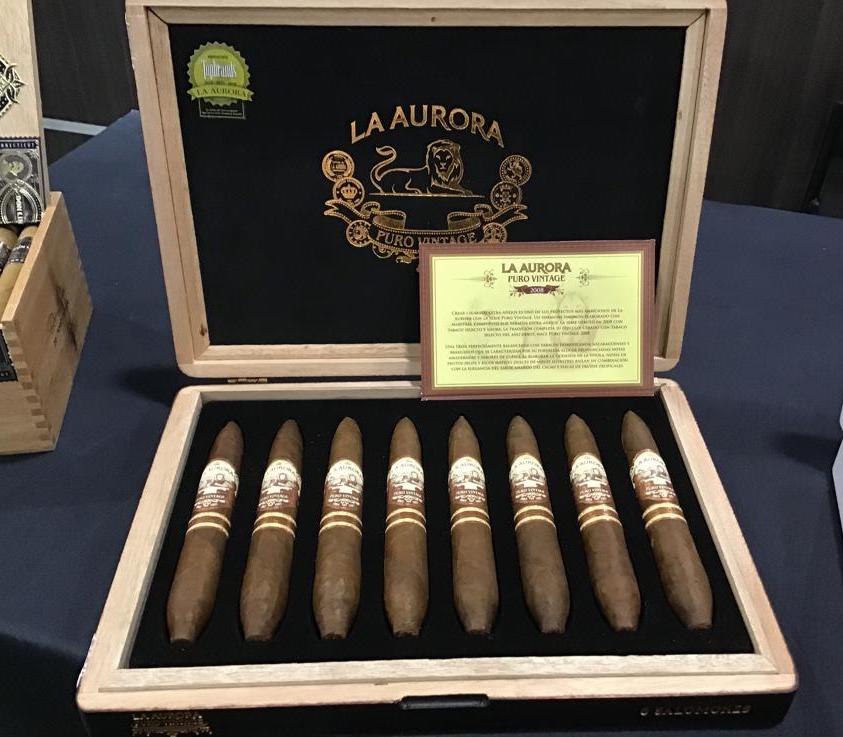 The Puro Vintage series is a limited production line of cigars where each installment of the series is made up of what La Aurora considers the best tobaccos harvested from a particular year. Tobaccos harvested from 2008 are used for the Puro Vintage 2008. The blend utilizes a Dominican leaf from the Cibao Valley for the wrapper and binder over a fillers of Colombian, Dominican, Brazilian, and Nicaraguan tobaccos.

The Puro Vintage 2008 is produced at the La Aurora factory in the Dominican Republic. There will be a total of 1,000 eight-count boxes produced.