For the second Trade Show in a row, the final day of the show had very slow foot traffic. However, that wasn’t where the drama came from. Instead, the manufacturers themselves created all the drama that has become associated with a trade show.

It’s no secret that the PCA Trade Show has seen a dramatic drop off in foot traffic. This seems to have created another problem – namely the manufacturers questioning whether to support the trade show for the full three and a half days. Over the years, we have seen larger companies send staff home early. This year the show has seen manufacturers leaving the show early. Companies such as Warped Cigars and Caldwell Cigars packed up and were not even at the Trade Show for Day Four. Many other companies were breaking down booths two to three hours before the 1pm close on Day Four. Several retailers told Cigar Coop that if the manufacturers are not going to provide full Trade Show support the final day, they will be considering not attending the final day. This is a major problem that the PCA Board must address. If manufacturers are not committing to being at the Trade Show for four days, how can PCA expect retailers to do the same?

The drama was amplified when Caldwell Cigar Company put up a social media post saying they were going home. The Caldwell booth was already controversial in that there was nothing to the booth but folding chairs on a carpeted area. Not only did they go home, but as the picture shows a mess was left behind. Sources close to the situation told Cigar Coop the PCA is extremely unhappy with this situation. 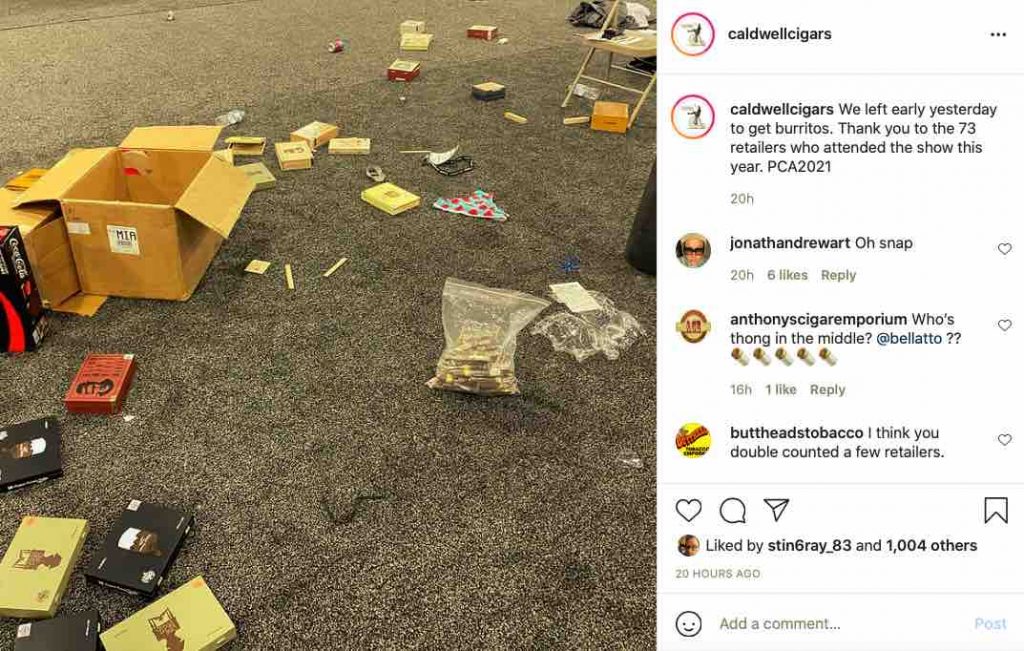 However this wasn’t the drama that came out about the manufacturers.

As the PCA Trade Show was coming to a close, a large group of manufacturers posed for a picture. The picture appeared to be a sign of unity among the manufacturers, but it was the messaging behind the picture that created the problem. The caption read “One family together- If you’re a manufacturer and you’re not here, you’re not relevant.” Not only did this send flames at those manufacturers who were not there, but it also struck many nerves with retailers. Essentially this attempt at unity resulted in more division in the manufacturer community. It has set off a firestorm despite many of the photos being taken down promptly. 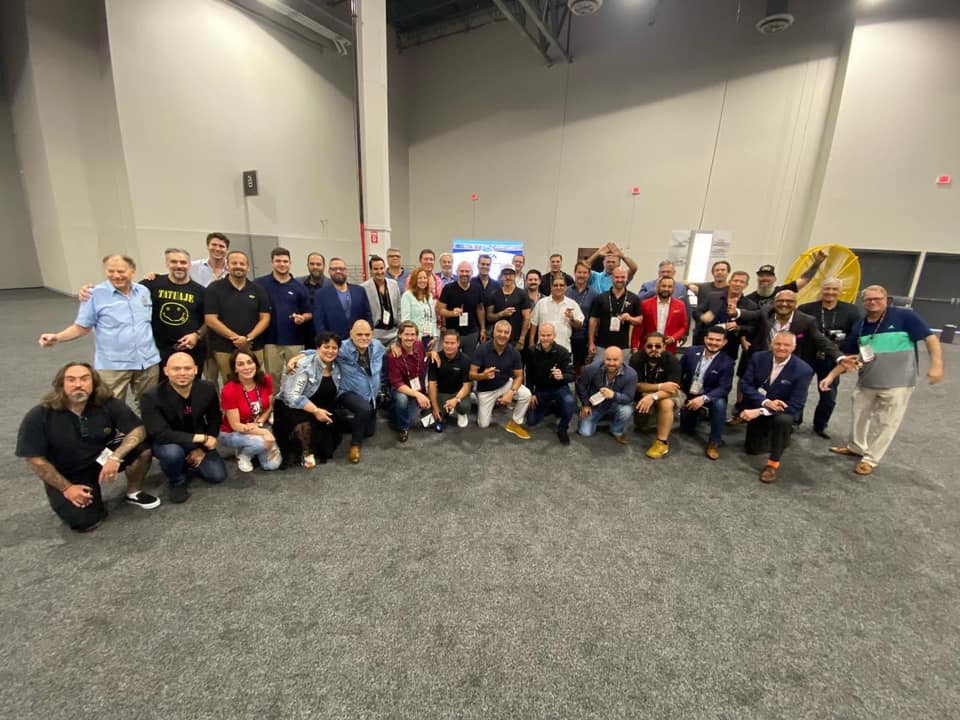 For years I have said the cigar industry needs public relations help – and needs it in the worst way.  This just proved it.