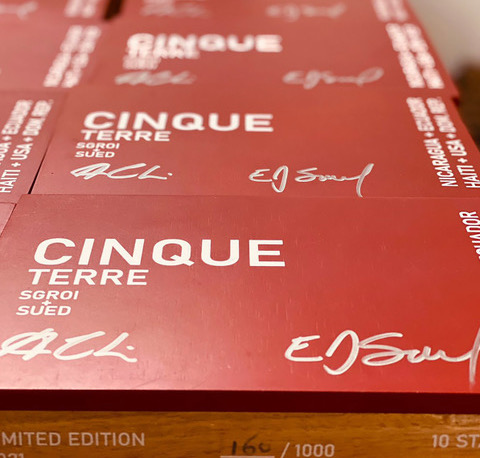 Claudio Sgroi, owner of CST Consulting, will be teaming up with Edgar Julián Sued, owner of Julián Sued & Compañía, for a trilogy of limited edition cigars with the first cigar Cinque Terre scheduled for release this month.

Sgroi is best known for his tenure as President and Master Blender at Mombacho Cigars. Sued is known for his time at Manufactura Rivas in the Dominican Republic where he developed Campesino Series Cigars. 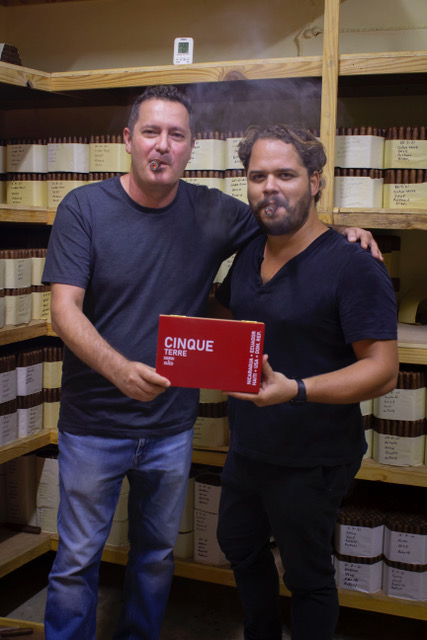 Cinque Terre is Italian for “five lands” and it’s appropriate for this release. It is a limited-edition release described as using rare tobacco leaves from five countries and also meant to represent the international unity of the industry. The blend features an Ecuadorian wrapper, a U.S. grown binder, and fillers from the Dominican Republic, Nicaragua, and Haiti. After the cigars were rolled, they were aged under controlled temperature and humidity for 150 days. Production is handled out of Sued’s Julián Sued & Compañía factory.

Cinque Terre comes in one size – a 5 x 54 Gran Robusto called “Stateless”. The cigars will be presented in ten-count boxes. Pricing is set at $14.95

“This is a magnificent collaboration that came from my friendship with Edgar,” said Claudio Sgroi in a press release. “My goal is to find and help the new generation of tobacco talents around the world,” Sgroi added.

“For me it is a great honor and privilege to create collaborations in Dominican Republic hand in hand with Claudio Sgroi. Undoubtedly his experience in the tobacco industry will take us closer to our main goal which is never-ending improvement,” commented Edgar Julián Sued.

Details of the second two cigars were not disclosed at this time.

At a glance, here is a look at the Cinque Terras: