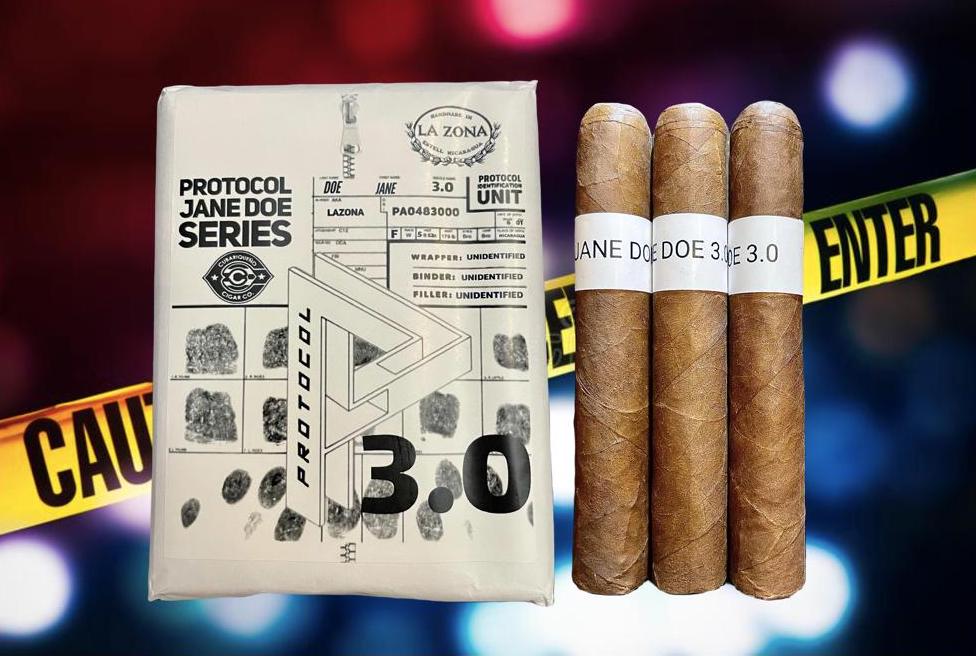 Protocol Jane Doe keeps to Protocol’s theme of law enforcement and is appropriate for the project. Jane Doe is the name given to an unidentified female body until identification can be made by next of kin. The Jane Doe 3.0 is a cigar that comes from the La Zona factory and is a 5 x 52. The company is not releasing any information about the blend or tobaccos used. Keeping to the spirit of being unidentifiable, the cigars feature a plain white band with white lettering spelling out “JANE DOE 3.0.”

There have also been three releases of Protocol John Doe Series (a name given to unidentified male bodies).

“The Jane Doe is female and we are please [sic] to be releasing her at a Female owned Cigar Shop. Dee Pitman has always been a great partner and we are please [sic] to offer this latest release to the public via The Royal Leaf located at: 118 N High St, Millville, NJ 08332 and online at: https://theroyalleaf.net, these will sell out quick!” commented Juan Cancel owner of Protocol Cigars in a press release.

A total of 200 ten-count bundles are being released. Pricing is set at $95.00 per ten-pack bundle/

At a glance, here is a look at the Protocol Jane Doe 3.0: