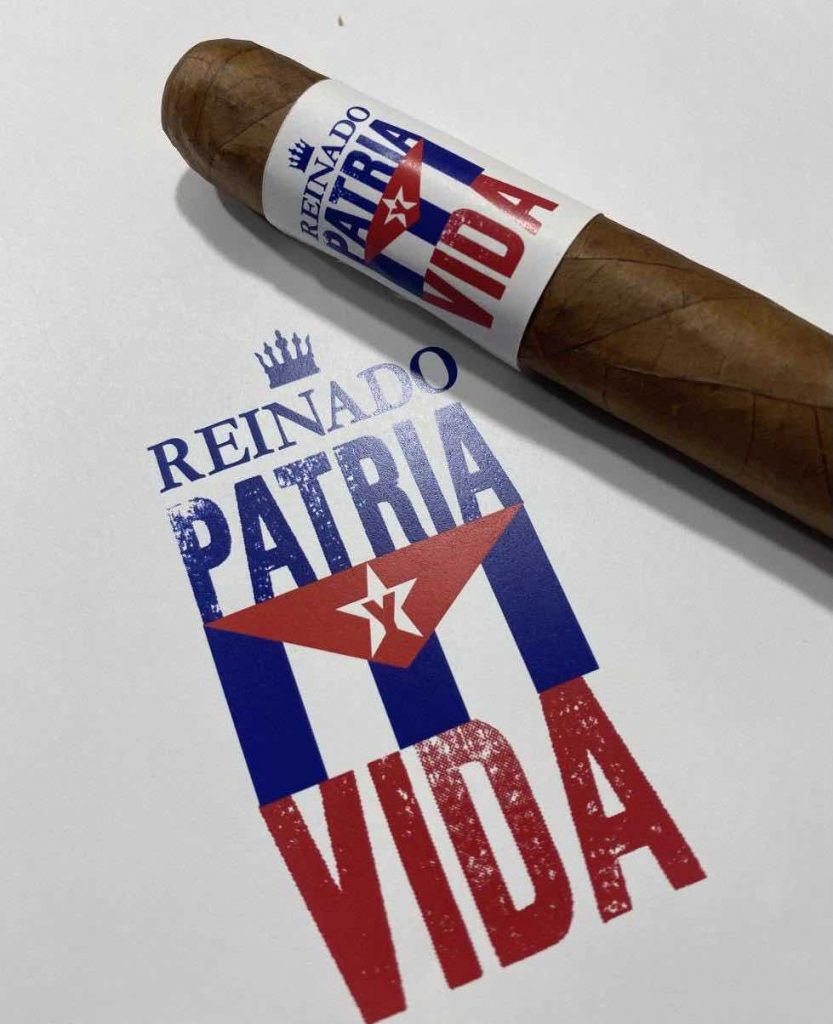 This month Reinado Cigars will debut a new release called Patria y Vida. It’s a cigar that pays homage to the Cuban protests that took place back in July.

Patria y Vida is Spanish for “Homeland and Life.” It’s a slogan and song that is associated with the Cuban protest movement. The song was released by artists Yotuel, Beatriz Luengo, Descemer Bueno, Gente de Zona, Luis Manuel Otero Alcántara, Maykel Osorbo and DJ El Funky. Reinado Cigars owner Antonio Lam set out to create a cigar to promote awareness for the cause.

As for the cigar, Lam is not disclosing the specifics or the factory. Lam described the cigar as being medium-bodied with a consistent flavor throughout. The cigar is being released in one size – a 5 x 50 Robusto. Patria y Vida is first being offered to existing Reinado retailers in 25-count paper bundles. The Reinado Cigars website will also offer 5 and 10-count packs. Pricing is set at $7.00 per cigar.

Lam described the Reinado Patria y Vida as a limited release, and it’s still to be determined if this will be an ongoing release.