“This cigar excels in the most important category – flavor. While the flavors don’t undergo radical transitions, there are plenty of flavor nuances along the way. Add some outstanding construction to the equation and you have the perfect storm for an excellent cigar experience.” 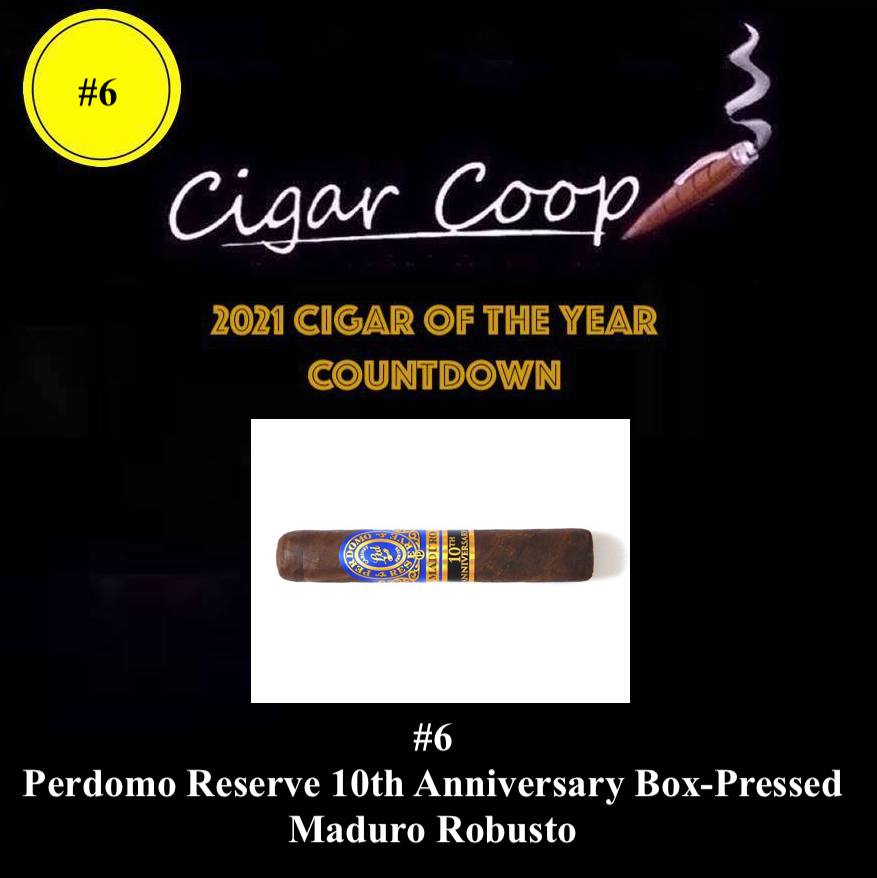 Coming in at #6 is the Perdomo Reserve 10th Anniversary Box-Pressed Maduro Robusto. Last year when Perdomo Cigars announced they were discontinuing the Champagne Noir and Champagne Sun Grown cigars, it surprised a lot of people – including this author. However, it was clear that Nick Perdomo and his team knew they had something special with the new 10th Anniversary Maduro and Sun Grown lines. The 10th Anniversary Sun Grown landed a #23 on this year’s Countdown and now the Maduro lands at number six.

The blend for the  Perdomo Reserve 10th Anniversary Maduro features 100% Nicaraguan tobaccos. According to Perdomo Cigars, the 10th Anniversary Maduro uses a six-year-aged Cuban-seed wrapper, binder, and fillers from its farms in Estelí, Condega, and Jalapa. The wrapper itself also has an additional 14 months of aging on it inside bourbon barrels. Production is handled out of the Tabacalera Perdomo S.A. facility in Estelí, Nicaragua. The Robusto measures 5 x 54. 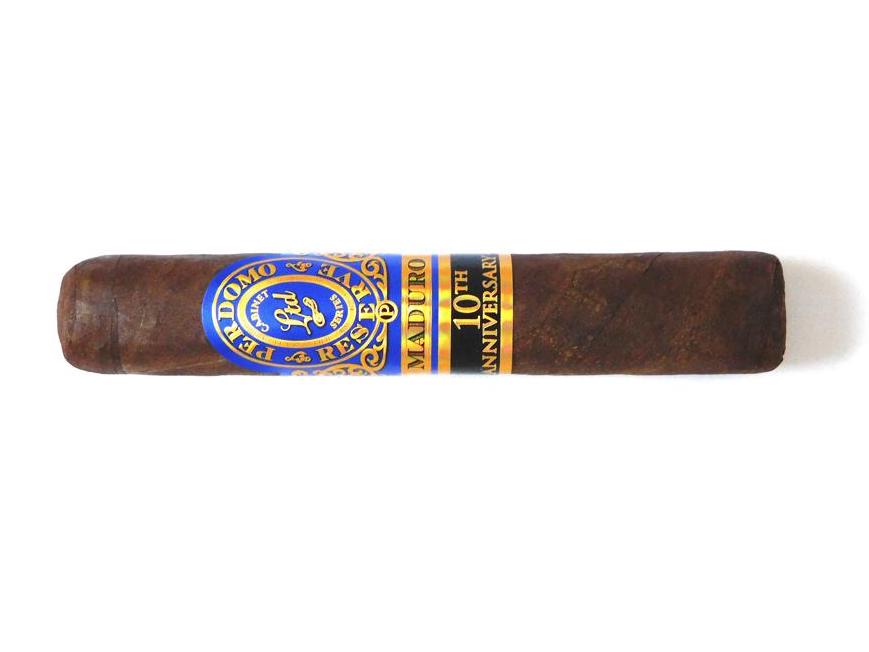 The Perdomo Reserve 10th Anniversary Box Pressed Maduro Robusto delivers notes of mocha (coffee, and chocolate fusion), citrus, oak, cedar, mineral, and pepper. The flavors start out medium-bodied before progressing to medium to full in the second half. This is countered by medium strength.  On top of an excellent flavor profile, this cigar delivers a stellar performance in terms of burn and draw.

One can argue the combination of the 10th Anniversary Champagne, Sun Grown, and Maduro is one of the strongest blend trifectas ever.

This is the second year in a row Perdomo Cigars has placed two cigars on the Cigar of the Year Countdown. Of the 25 cigars unveiled thus far on the 2021 Countdown, this is the 18th one from Nicaragua.