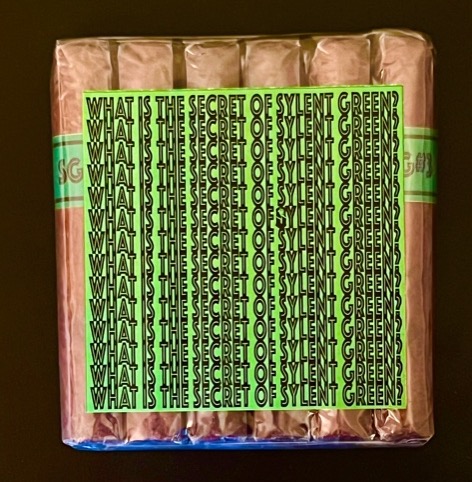 As we head into early spring, it’s the time of the year when we see many candela-wrapped cigars hit the market. This week, a release is scheduled to hit the market called Sylent Green – a cigar that contains candela tobacco in the filler. The project was announced on the January 29, 2022 edition of KMA Talk Radio.

The project is an effort between Kevin Shahan of Cigar prop, Kerr Viajante of Stogie Road Cigars, and Sinistro Cigars. The trio is stating that this release uses candela tobacco in the filler.  The initial launch of Sylent Green will be the limited six-cigar “Buddy Pack.” Each Sylent Green Buddy Pack has two cigars from three different blends in a 5 x 52 Robusto format. The common denominator is each blend contains candela in the filler, but in different proportions. There is also a thank you letter and instructions for consumers to select their favorite blend by using a QR code to vote. The blend that receives the most votes will be a blend the group put in regular production for brick and mortar in 2022. 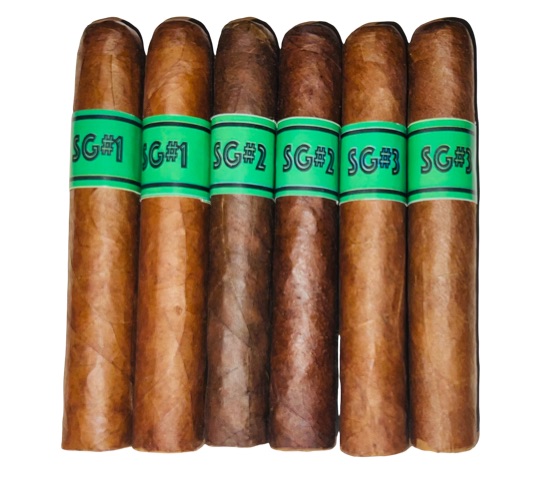 In a press release Kerr Viajante said, “Kevin and I both are big fans of candela tobacco because of its unique flavor and the storied history of the tobacco. Kevin shared his vision with me, and I was all in immediately! 3 different blends with different percentages of candela are in the filler. The candela is silent.”

Kevin Shahan added; “When I first imagined this cigar, I immediately wanted to partner with someone that shared the love of candela tobacco as much as I did, and there is only one person that shares the love of the green leaf as much as me, Kerr Viajante of Stogie Road Cigars.”

“For humanities sake, I had to work on this project. Kerr was talking about using real humans in the blends, ‘to make it real as the movie’. We tried a few like Kerr wanted then (no burno) Kevin suggested we try the Candela as a filler. Great idea, and no other humans were harmed after that.”James Razmig Agopian of Sinistro Cigars.

Sylent Green will be available beginning on February 15th exclusively on VSRcigarfam.com.