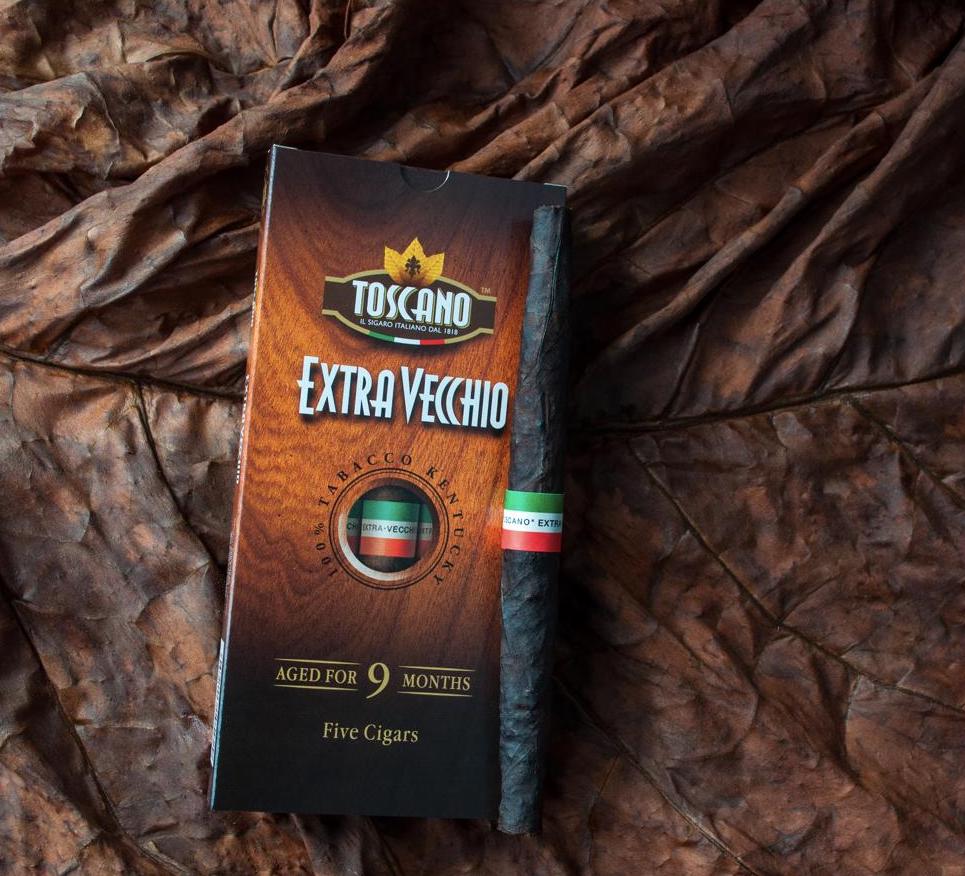 Manifatture Sigaro Toscano has announced its Toscano Extravecchio will now be available in the U.S. market effective April 1st.

The Toscano Extravecchio features a Kentucky seed tobacco wrapper that comes from Valtiberina, Tuscany in Italy. The fillers consist of what are described as ‘heavy filler’ of Tuscan origin, rounded off with a portion of tobacco from the Lazio area of Pontecorvo (which the company says traditionally produces a very strong profile) and finished with a small portion of Kentucky seed tobacco from North America.”

The cigars are in Toscano’s signature conical shape measuring 6 1/4 x 36. Production comes from the company’s Lucca factory in Tuscany, Italy.

While new to the U.S. market, this is a product that has been sold outside that market and was originally put into production back in 1953.