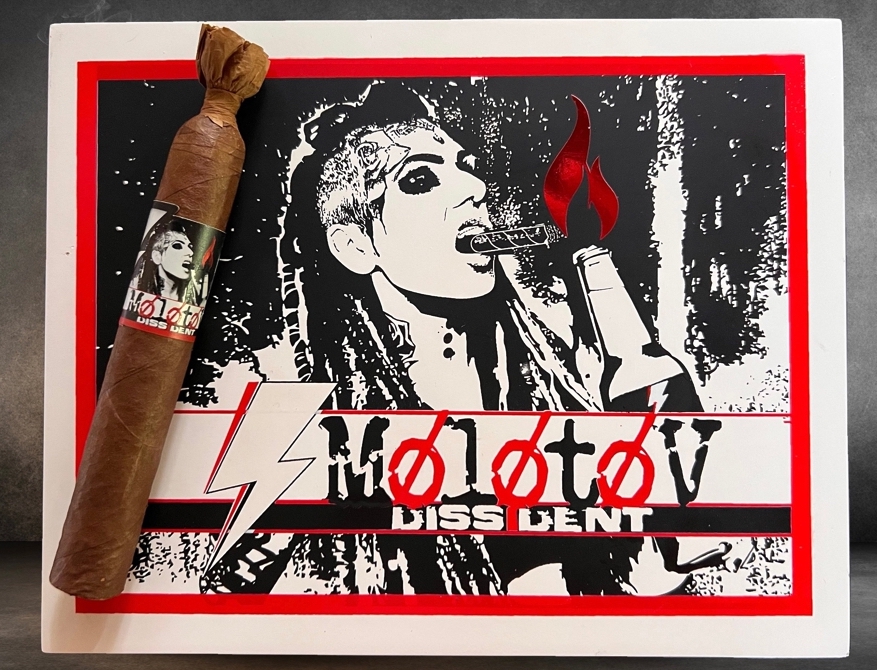 The first cigar of the Coburn era at Dissident Cigars was announced. This week the company announced a new limited release known as the Dissident Molotov.

The Dissident Molotov is described as a mild to medium cigar. The blend features an Ecuadorian Rojiso wrapper over an Ecuadorian binder and fillers from the Dominican Republic as well as the Estelí and Ometepe regions of Nicaragua. The cigar is available in one size – a 5 x 50 Robusto. The cigar will be presented in 20-count boxes with pricing set at $12.00. Production numbers have not been disclosed. Production comes from Fabrica Oveja Negra in Estelí, Nicaragua.

In a statement, Dissident owner Cynn Coburn said, “The Limited Edition Molotov is an explosion into what’s to come for Dissident. New cigars, flavor profiles, & edgy designs are all ahead for this brand!”

The Dissident Molotov is expected to ship to retailers in late July/early August. Dissident Cigars are distributed by Oveja Negra Brands.

At a glance, here is a look at the Dissident Molotov: