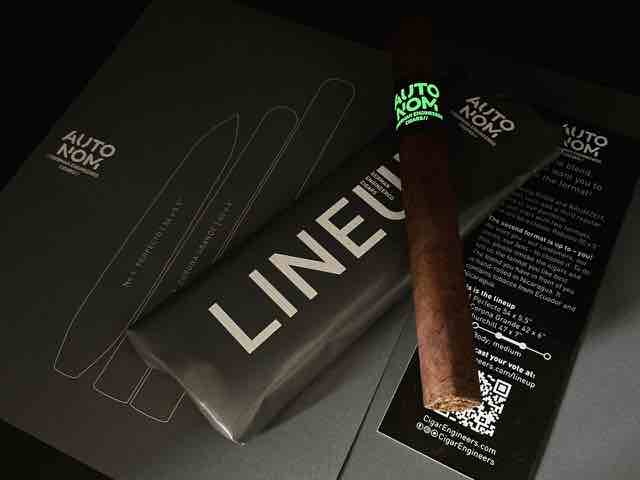 Lineup is being released under the company’s Autonom experimental brand.

According to German Engineered Cigars, the blend was created in partnership with Claudio Sgroi. It’s described as “a dark cigar, with complex aromas, and a very soothing feeling.” The three sizes being considered are Corona Grande (42 x 6), Churchill (47 x 7), and Perfecto (54 x 5 1/2). The blend is a Nicaraguan puro highlighted by a Nicaraguan Habano Oscuro wrapper, a binder from Jalapa, and fillers from Estelí and Jalapa.

The Lineup Packs will carry an MSRP of $30.00 and German Engineered Cigars says this is a one time offer.

Lineup is the name being used for the 3-packs. The company says the brand name for the blend will be announced immediately after the vote.