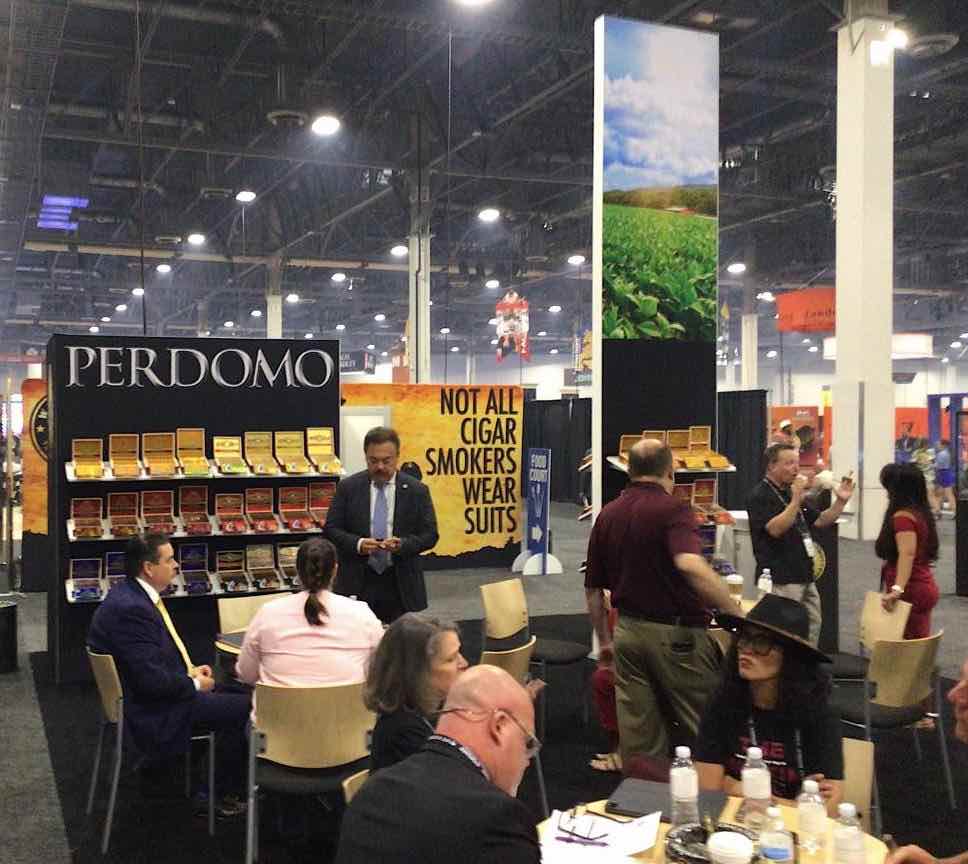 It’s an important year for Perdomo Cigars as the company is celebrating 30 years in business in 2022. While there is a project planned to commemorate that milestone, the focus at the 2022 PCA Trade Show was continuing to connect with its customers. As Nick Perdomo said in our interview, he was quite thrilled to connect with customers he had not seen in several years. Throughout the entire Trade Show, we noticed the  Perdomo booth was bustling with activity. We also had an opportunity to present Perdomo Cigars the award for the 2021 Cigar Coop #3 Cigar of the Year for the Perdomo Firecracker.

There is a lot of anticipation about what Perdomo will unveil for the 30th anniversary. There is good reason for this because the anniversary releases have become some of Perdomo’s monster lines in terms of commercial success and acclaim. This includes the Perdomo 20th Anniversary (Connecticut, Sun Grown, Maduro), and the Perdomo 10th Anniversary Reserve (Champagne, Sun Grown, and Maduro).