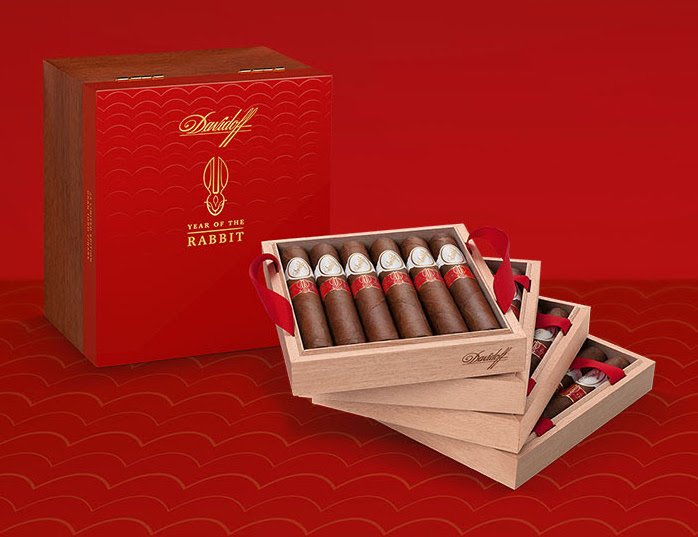 Davidoff has announced that is adding a limited edition 6 x 56 Gran Toro size of the Year of the Rabbit that will be exclusively sold at Davidoff Flagship stores and on its online store. The Gran Toro size joins the perfecto size that just hit Davidoff appointed merchants.

Davidoff Flagship stores are typically stores where Davidoff has an ownership stake.

The blend for the Davidoff Year of the Rabbit Gran Toro is the same as the perfecto. It features what Davidoff calls a Hybrid 238 wrapper grown in Ecuador over a Mexican San Andres binder and all-Dominican fillers. The cigars are sold in 24-count boxes (these are more traditional than the custom “rabbit’s warren” design found on the perfecto). The cigars will retail or $72.00 per cigar. A total of 600 boxes have been produced of the Gran Toro.

At a glance, here is a look at the two releases of the Davidoff Year of the Rabbit.