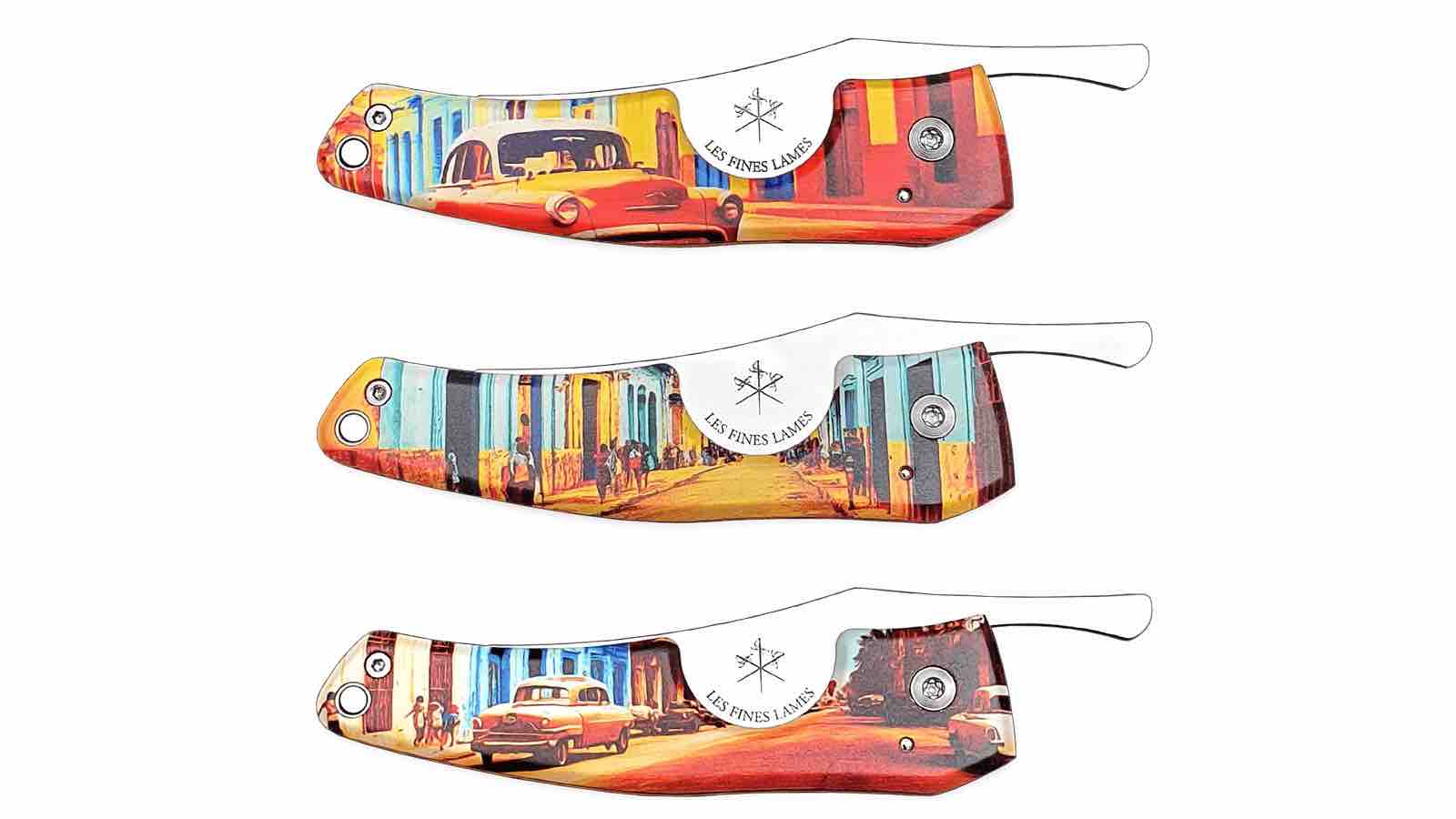 Les Fies Lames, a company based in France has announced its Havana Streets series. It features the company’s signature Le Petit cigar knife with artwork paying homage to the city of Havana, Cuba.

Produced in Thiers, a city known for being the hub of French cutlery, the Le Petit by Les Fines Lames is a friction folder knife. It’s the size of a pocketknife measuring 4.53 inches and it has a 2.55-inch non-lockable blade made from 14C28N stainless steel. It is designed to cut cigars up to the 70-ring gauge. With the Havana Series, there are three designs that pay homage to Havana.

The new Havana Streets series is available through Les Fines Lames retailers or directly through the company’s website.