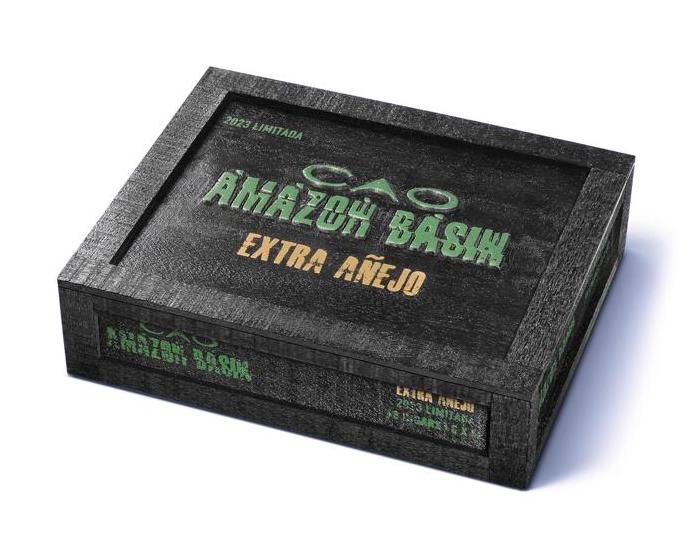 Extra Añejo means “extra aged”. The Amazon Basin Extra Añejo was aged in a room lined with Spanish cedar. According to General as the tobaccos aged, some of the cigar’s nuances mellowed and other notes became more pronounced. 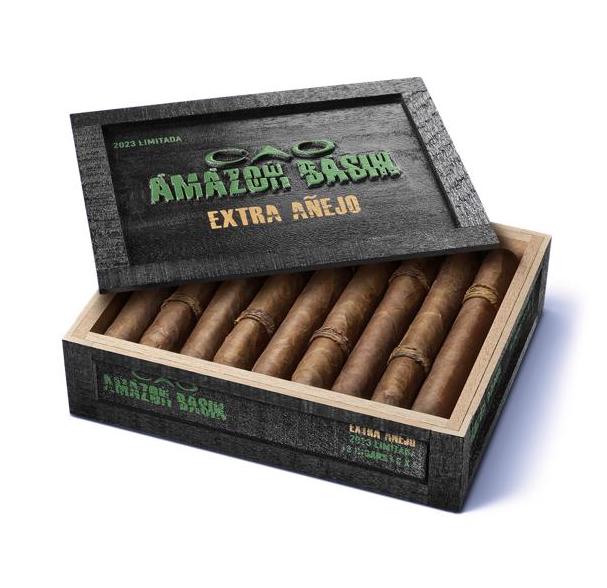 The Bragança tobacco is named for a region in Brazil. This tobacco is organically grown on unspoiled tropical land and harvested only once every three years. The seedlings are transplanted directly into the soil a full yard apart. As a result, the yield is half of other tobacco plants. All of these factors lead to Bragança being a rare tobacco.

The Amazon Basin Extra Añejo features the same blend as the original Amazon Basin. In addition to the Brazilian Braganca tobacco, the filler features Dominican and Colombian tobaccos. The remainder of the blend features a Nicaraguan binder and an Ecuadorian Sumatra wrapper. The cigar comes in one size – a 6 x 52 Toro. It is presented in 18-count boxes with a total production of 5,800 boxes set for the U.S. market. Production comes from STG Estelí in Estelí, Nicaragua.

Ed Lahmann, senior brand manager of CAO said, “When we launched Amazon Basin, we were the first in the world to use tobacco from the Amazon. Today, CAO Amazon Basin still stands out as one of the most important blends we have ever developed. Since we never rest on our laurels, we decided to take a page from the whisky world and age the finished Amazon Basin cigars. The result is a smoke that is refined and rounded, and an absolute pleasure to smoke.”

At a glance, here is a look at the CAO Amazon Basin Extra Añejo: