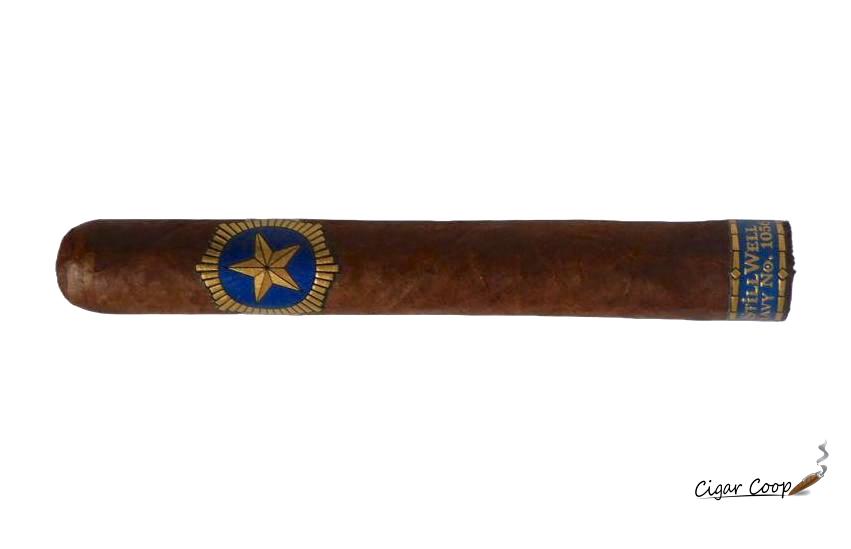 Today we conclude our look at the four blends that were a part of the original launch of Dunbarton Tobacco & Trust’s StillWell Star line with the StillWell Star Navy No. 1056. StillWell Star is a series of cigar blends produced by company founder Steve Saka that incorporate pipe tobacco into the filler. While on the surface one might be perplexed that Saka would create a cigar with pipe tobacco, it makes sense if you know Saka has been a pipe smoker for over 30 years – and he isn’t afraid to experiment or innovate when it comes to his premium cigar brands. For many years, Saka has incorporated some of his favorite pipe tobaccos into cigar blends for his own personal consumption. When the COVID-19 pandemic came around, Saka decided to explore the concept and see if he could scale things from a personal cigar project to a brand.  For the project, Saka turned to Jeremy Reeves of Cornell & Diehl. Cornell & Diehl has experience with many of the best luxury pipe blends out there including G.L. Pease, BriarWorks, Two Friends, and Drucquer & Sons. It turned out that Reeves was also a cigar smoker and Dunbarton Tobacco & Trust was one of his favorite blends. When Saka told him of what he was doing with the personal blends, Reeves was equally intrigued and the project was underway. The result would be StillWell Star. It would be a line of cigars that would debut at the 2021 Premium Cigar Association (PCA) Trade Show in four blends. As we mentioned, today we are looking at the StillWell Navy No. 1056.

There is also a limited edition StillWell Star Holiday Y2022 that has recently been released. This cigar incorporates mild, aromatic “holiday” seasonal pipe tobaccos in the blend.

Without further ado, let’s break down the StillWell Star Navy No. 1056 and see what this cigar brings to the table.

The StillWell Star Navy No. 1056 is described by Dunbarton Tobacco & Trust as:

A crumble cake of stoved Red and Golden Virginia tobaccos with a touch of “Naval Rations” combined with Orientals and Latakia expertly blended with dark air-cured black cigar leaf.

Production for all of the StillWell Star bands is from the Joya de Nicaragua factory in Estelí, Nicaragua.

The Ecuadorian Habano wrapper of the StillWell Star Navy Blend No. 1056 had a dark brown color with a slight dark cinnamon tint to it. The surface of the wrapper had a light coating of oil on it. There also were a few visible veins and a few visible wrapper seams on the surface.

A straight cut was used to remove the cap of the StillWell Star Navy No. 1056. Once the cap was removed, it was on to the pre-light draw ritual. The cold draw delivered smokiness from the pipe tobacco, as well as earth and fruit sweetness. This was an enjoyabble pre-light draw. At this point, it was time to remove the footer band from the StillWell Star Navy No. 1056 and see what the smoking phase would have in store.

The start of the StillWell Star Navy No. 1056 continued with more smoky, earth, and fruit notes. The smoky notes took a slight edge moving into the forefront early on. The fruit and earth notes settled into the background and were joined by notes of white pepper.  On the retro-hale, there was a combination of cedar and black pepper present.

As the StillWell Star Navy No. 1056 moved through the second third, the smoky notes were in the forefront, but it was not an overly dominant note. During this phase, the sweetness from the fruit notes diminished and the pepper notes slowly decreased. The retro-hale changed up as well with some of the smoky notes joining the cedar and pepper.

By the final third, the pepper notes closed in on the smoky notes in the forefront. Meanwhile, the earth and fruit notes rounded out the flavor profile nicely. The retro-hale delivered more cedar, pepper, and smoky notes. This is the way the StillWell Star Navy No. 1056 came to a close. The resulting nub was slightly soft to the touch and cool in temperature.

The StillWell Star Navy No. 1056 performed quite well when it came to the burn. The cigar maintained a relatively straight burn path and straight burn line. This was a cigar that did not require frequent touch-ups. The resulting ash had several shades of gray. This wasn’t the firmest ash, but it also wasn’t loose or flaky ash either. The burn rate and burn temperature were both ideal. 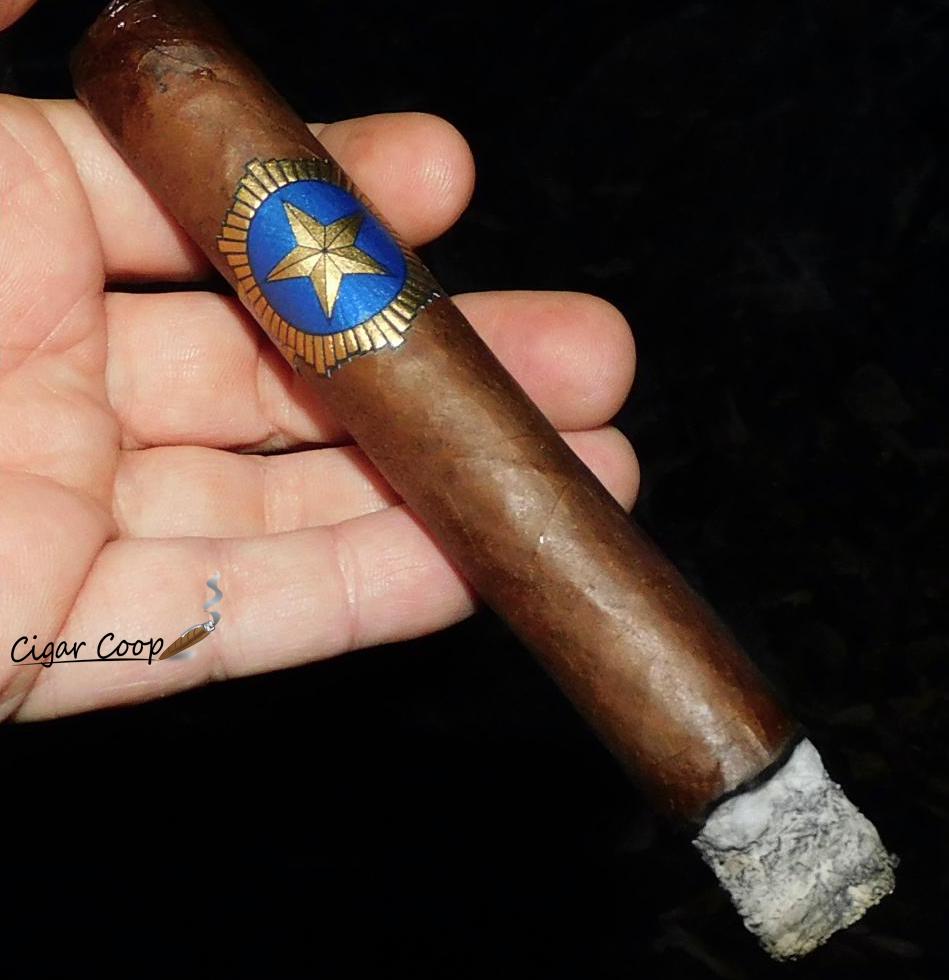 Burn of the StillWell Star Navy No. 1056

The draw of the StillWell Star Navy No. 1056 also performed quite well. The cigar had a touch of resistance to it – which is something that I like. In this case, it wasn’t difficult to derive flavors from  the cigar.

The StillWell Star Navy No. 1056 delivered a medium strength, medium-bodied smoking experience from start to finish. There was a nominal increase the intensity of the strength and body, but overall this cigar did not leave the medium range of the spectrum. In terms of strength versus body, the body still had a slight edge over the strength.

Note the banding and packaging notes are the same as for the other cigars in the series. This is what we previously wrote:

The StillWell Star Navy No. 1056 features the same blue and gold bands as the rest of the series. The primary band is denoted with the StillWell Star logo while the secondary note indicates which of the four original StillWell Star blends it is. While I really like the blue and gold color scheme, it can be a little difficult identifying which StillWell Star is which. It is going to require paying attention to the footer band. Given the wrappers have a very similar look, it can get a little confusing when looking at each of the cigars.

Looking at the four StillWell Star blends, each brought a set of unique attributes.  However, if I strictly went on flavor for the 100% of the scoring, the Navy No. 1056 was my favorite of the four cigars. One thing that I really liked about the Navy No. 1056 is that it struck the best balance between a premium cigar and pipe experience. It wasn’t quite as complex as I was looking for, but it’s one that was more than satisfying. As I have said in the past, the StillWell Star releases are not for everyone. In the end, I’d recommend trying a sample of the StillWell Star Navy No. 1056 first and seeing if this a cigar for you or note.