The Best Cigar Value category is quite simple. We look at the 30 cigars that landed on the Cigar Coop Countdown and then determine which cigar provides the most bang for the buck. We have developed a very simple algorithm that looks at the price of a cigar and where the cigar landed on the countdown. The lower the price, and the higher the position on the Countdown, the better value the cigar provides. 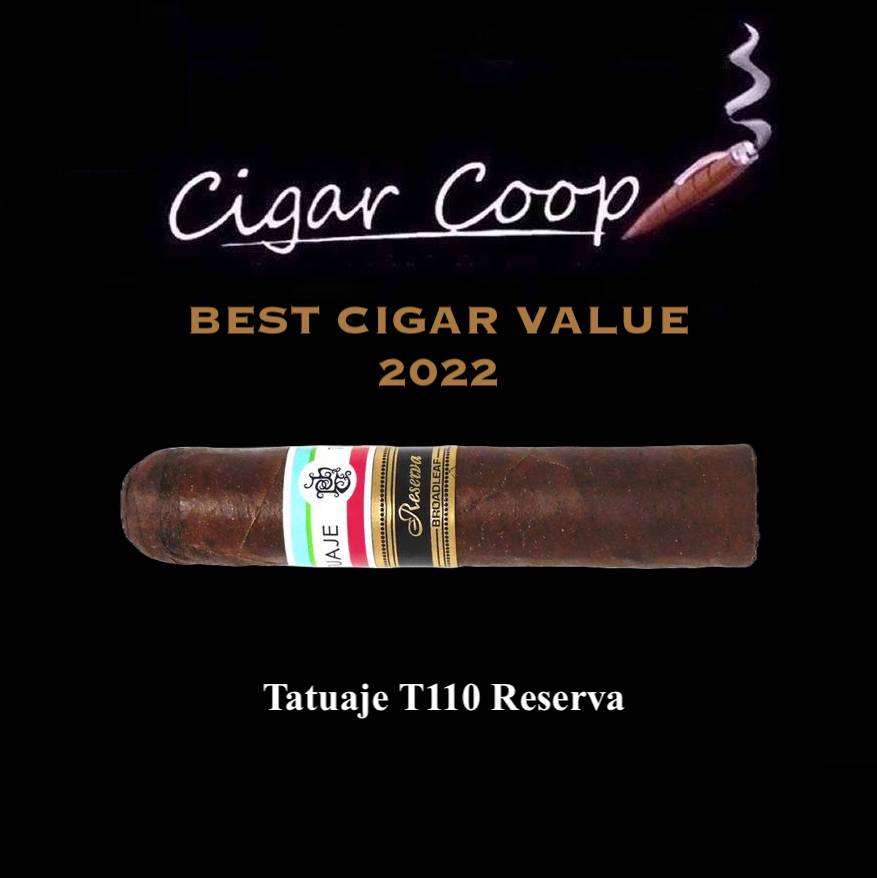 In a year that saw the average price of a cigar on the Countdown come in at $14.30, it was the $10.00 price point combined with a very high #3 Cigar of the Year that put the Tatuaje T110 Reserva over the top. We use an algorithm that takes into account the price of the cigar and where it ranked on the Countdown. The results of the algorithm are listed below. The cigar with the lowest VPR (see below) is crowned Best Cigar Value.

Over the years, we have published a value component for our Top 30 Cigars of the year. This is meant to answer one simple question, “what cigar delivers the most bang for the buck for how it landed on the Cigar Coop Countdown?” This year, we have revamped how this is calculated and present our findings.

When looking at the value component, this is a common hypothetical scenario: Cigar A and Cigar B each cost $10.00. Cigar A ranks at #10 on the Countdown while Cigar B ranks at #20 on the Countdown. Under this scenario, Cigar A is going to deliver more bang for the buck based on the fact that while both cost the same, it landed ten positions higher on the Countdown.