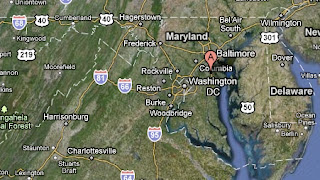 It’s been a great month for cigars with all of the new releases coming out.   It’s important not to take our eyes off the Pleasure Police though.   Glynn Loope, Executive Director for the Cigar Rights of America posted an important post for all cigar enthusiasts nationwide – the proposed Maryland cigar tax increase appears to be dying a slow death.

This is a smart move for Maryland.   If such a tax were to be rammed through the state legislature, it could have had the same drastic impacts that it did in New York – meaning folks would go out of state for their cigar products.

This is a true example of “Power to the People”.   Great work by the CRA in really getting on top of this one.  Now it’s not officially dead, so it’s important for everyone to keep an eye on this – especially Maryland.  More importantly, we need more states to follow Maryland’s lead.

Update: Loope commented to me that the retail tobacconists of Maryland along with the IPCPR and CAA  really teamed up and worked together.   This is terrific teamwork and a model for other battles going forward.