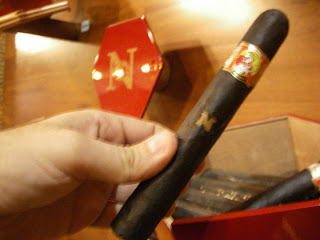 The Serie N was my #10 Cigar for 2010 and considering how great a year this was for cigars, this holds a high place.   The Virtual Event will basically feature Team La Gloria Cubana (from Little Havana) on a “virtual cigar tasting webcast”.  Select retailers will be able to interact through Skype and all cigar enthusiasts will be able to interact through facebook and twitter.

Click here to get into all of the excitement.   This is an awesome event for everyone who is a part of the cigar community worldwide.