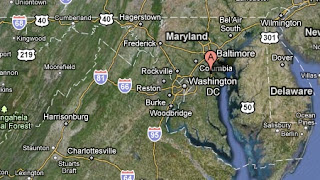 I’ve been a little overdue in posting some thoughts on this topic.  This past May1st, a pretty significant restriction has gone into effect in the State of Maryland.  Simply stated – cigar enthusiasts in Maryland will no longer be able to purchase cigars on the internet.  This has sparked a lot of debate in the state as documented in this article in the Baltimore Sun.   A lot of folks may say that this is great news for brick and mortar retailers in Maryland.   There is nobody more supportive of the brick and mortars than myself.  Being on the retail side, I’ve seen a lot of harm that internet sales have done to the brick and mortars.   However, I’m taking the position that this is completely wrong.

There is no doubt, brick and mortars are getting clobbered by the internet.  This is due to the large internet warehouses being able to buy in bulk and discount heavily.  On top of that, consumers can circumvent the tax.  It bodes badly for us on the retail end.   Despite all of this, the Maryland internet sales ban on cigars is wrong.

I’ll preface my thoughts by stating – I am not a lawyer and I am not deep in taxation or interstate commerce laws.  I believe though there are some other things that can be done to help the brick and mortars.

In the article above they talk about the laws around wine shipments.  This law requires out of state dealers to collect Maryland State taxes.   While I never advocate taxes, if the same principle were applied to cigars, it would help the brick and mortars be more on a level playing field.

The next piece is the manufacturers need to step up a bit and help the brick and mortars some more.  When a new release comes out, it should go to the brick and mortars first and not be readily discounted on the internet.   They also need to iron out agreements on how much the product can be discounted.   Those on the retail end already know some brands do this.

However, the idea of not allowing internet sales is a direct violation of our liberties and civil rights.  What we don’t need is government pulling the strings here.  If they pull this on cigars, they will probably do this with something.   The last I checked cigars are a legal product in all fifty states.  With this liberty taken away – what’s next?   I realize a lot of retailers will disagree with me, but I do think we need to look at the bigger picture here.   Remember, the Pleasure Police will not stop at just banning cigars on the internet.   If you give them an inch, they will want a foot.