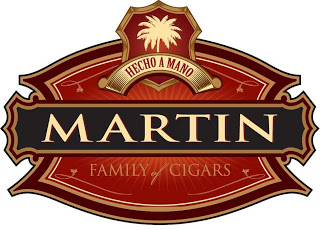 Earlier this year a new boutique/indie line of cigars was launched called “Martin Family of Cigars”.  Specifically, these have become known as the “Pedro Martin Cigars”.  The cigars are named after renowned cigar blender Pedro Martin who recently passed away.  However Pedro’s daughter Maria Martin who was formerly with Camacho has integrated several of her father’s blends into her own venture – the Martin Family of Cigars.  Earlier this year, the Gold Series was released and has been receiving high praise from the cigar community.  At IPCPR, word has come for a second series to be launched – the Platinum Series.

The Gold Series is noted for having Corojo integrated into each of the tobaccos.   The Platinum Series takes a different spin – with some emphasis on maduros and Nicaraguan tobaccos.  These are due to launch later this year.   Let’s take a closer look at these blends.

The interesting thing is how these blends cater to different profiles. This is similar to what was done with the Gold Series. The blends go from a smooth Connecticut (Royal), to a medium blend (the M), to a stronger blend (Fiera).  The latter two are the maduros.

The Royal and M series have the same vitola offerings.  All three blends will be available in boxes of 20.