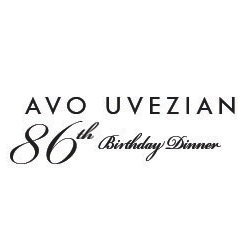 Once again, Avo Cigars is releasing its annual limited edition cigar to coincide with brand ambassador Avo Uvezian’s 86th birthday.  Like last year’s cigar, Avo’s birthday will factor in the name.  With Uvezian’s birthday on March 22nd, a series of birthday celebration events have been announced being sponsored by select Avo retailers. The new cigar will be launched at these events.   This new cigar will be called the Avo Limited Edition 2012 86th Anniversary La Trompeta.

La Trompeta means “Trumpet” in English and this ties in to Uvezian’s music roots. The cigar is meant to mimic the design of a trumpet.

Here is what we have been able to track down on the cigar.

Our initial research has seen the cigar listed for pre-order.  The information below was originally translated from this listing.  Since then we have been able to find out some additional information.

The wrapper is listed as “Colorado Maduro” in color..  The wrapper will have three circles of Ecuadorian Connecticut-seed tobacco attached to it.  These are meant to represent the three valves of a trumpet.

Translating from what was listed, this cigar will be a 6.5 x 54 torpedo shape.  As consistent with the series, one vitola will be released.  Each box will contain ten cigars. No specific numbers have been announced, but the word is that approximately 5,000 boxes will be produced.