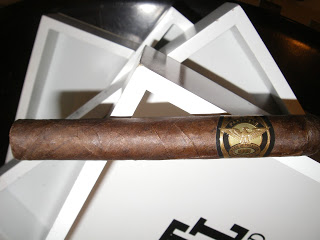 A new Partagas 1845 cigar is being added to the General Cigar Company’s Partagas line.  Some preliminary information appeared in the March 20th, 2012 edition of Cigar Insider on this new release scheduled to hit retailers in April. According to the article, the blend was a collaboration between Jhonys Diaz, Francisco Rodriguez, and Yuri Guillen of General Cigars.   Benji Menendez served as an advisor for the project.

Here is information that has been made available on the cigar:

The cigar is highlighted by a unique Ecuadorian Habano Seed wrapper that has not been used on any other Partagas cigar before.   The binder is a proprietary Habano-seed tobacco that originates from Connecticut called “Connecticut Habano”.

The 1845 represents the year that Don Jaime Partagas y Ravelo established the Partagas factory in Havana Cuba.  We will have more information on this cigar as it makes its way into the retailers.