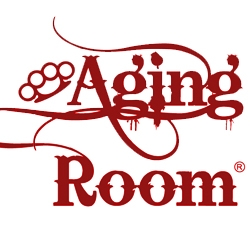 Aging Room Cigars has posted on their web-site information about their third blend, the Aging Room Quattro F55.

Back in May, we summarized some background information on the genesis for this cigar:

The Aging Room Quattro will be a box-press cigar featuring a nine year
old Indonesian wrapper from 2003.   While there were no specifics
mentioned on the binder and filler,  the cigar will be available in five
vitolas.   The story behind the Indonesian wrapper is that (Rafael) Nodal was
able to acquire it from a machine-made cigar factory going out of
business in Europe.  The timetable for the release of the Quattro is for
the 2012 IPCPR trade show.

The F55 was explained to us as being similar to the M356 in terms of representing a calendar date for when the blend was finalized.  The F stands for “February” and the 55 stands for the day of the year.

There will be 5 vitolas initially released.  As mentioned above,  each of the cigars will be a box-press.  The vitola names continue a theme with Aging Room Cigars with musical names – a known passion of Oliveros President Rafael Nodal.